A few interesting ones this time.

Tore-He No Michi – or as everyone knows it, Tiger Road.  Fun fact – the Japanese version has an extra sound chip and has a whole set of sound samples missing from the World/US versions. 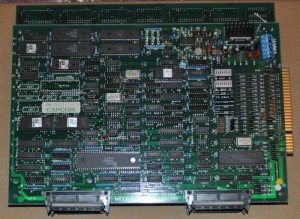 Red Hawk – Another Afega game, they did a pretty good set of ‘decent’ shooters, if not spectacular. 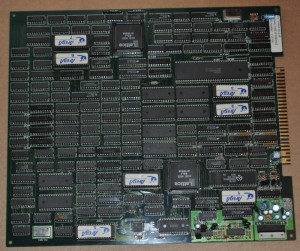 Ryu-Jin – FINALLY got one of these, this was a faulty one I picked up which had been advertised/pictured as working, it was down to ROM corrosion and an incorrect speed replacement RAM.  All four of the code ROMs have now been replaced, 2 by someone else and 2 by me (the ones that look tidiest..) 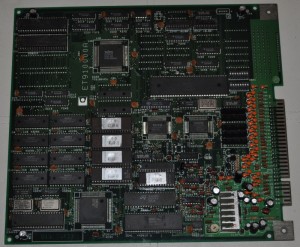 Ninja Ryukenden – bought to replace my existing one since the lower board had a non matching serial.  Yes really.  Surprisingly the top boards are sequential serial numbers, strange to have two which ran off the production line together end up in one place again. 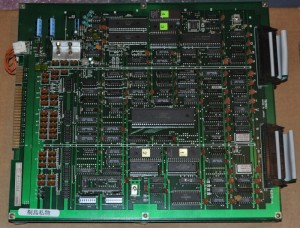 Moon Patrol – a blue one.  It has stickers where board IDs should be, but all the stickers across the entire 4 layers are correct and original.  Interestingly the ROMs contain Williams on the title screen, but they’re correct Irem labels without extra WMS stickers over the top like the Irem/Williams ones.  The serial number is very high, we think Williams had these made themselves to meet demand, and the factory contracted to do so is probably the original source of blue bootlegs, which look a lot like this but with cheaper/missing components.  A couple like this have been found, all with high serial numbers – behold the ‘missing link’. 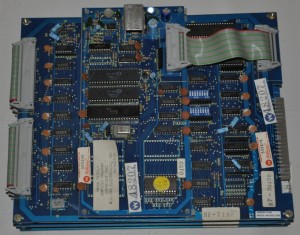 Major Title 2 – I got this from a guy on UKVAC really cheap, needed it for some parts for another board.  After raiding it for PALs with nicer labels and a volume control, I decided to try fixing it.  Succeeded. 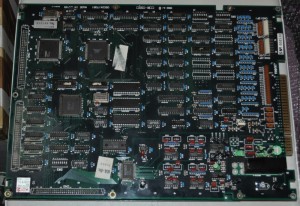 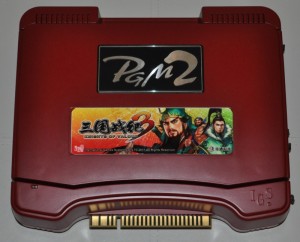 Hole Land – picked up a second one from Japan to verify something on my existing board.  Really interesting game, I’m tempted to populate the right sound channel to see what happens. 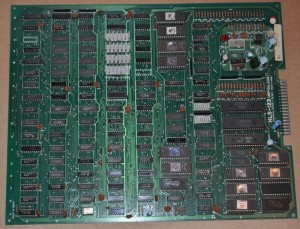 Knights Of Valour 2 – another full kit, this one is more traditional in play to 3, I think I prefer it to be honest. 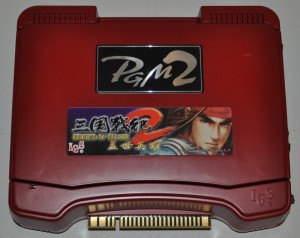 Gunforce II – I picked this up on ebay, what a mess….  It’s actually a genuine one, although the ROM labels underneath are mostly scratched away.  The seal has delaminated a bit from some kind of cleaning fluid.  I had to replace (well – they were missing entirely) all the metal supports between boards, clean it thoroughly, replace all the caps since it was covered with brown ELNA deathcaps  6 of which were starting to leak, replace the volume control, replace the PALs with ones that still had labels, redo 6 chip repairs on the ROM board, replace the smaller of the board interconnects, replace one jumper, and a poly cap.  On the upside it ended up costing me $185 which is pretty cheap for this game. 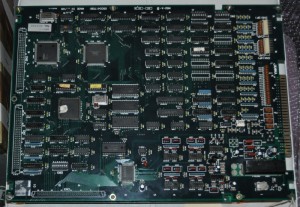 Grand Cross – interesting video pinball game, but hard to play without a bit of messing around – I might have to build a JAMMA adapter that swaps a few control positions around. 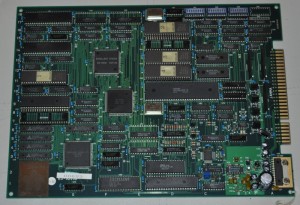 Fire Hawk – pretty poor shooter from ESD, this one has sprite timing issues which make a mess of exploded enemies, it’s not even a fault but a side effect of randomly throwing different speed components on. 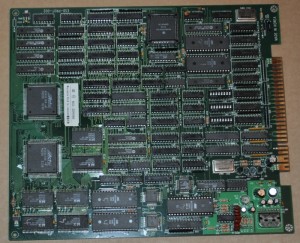 Tourvision & Devil Crash – Tourvision is a PC Engine cart system (bootleg) developed in Spain.  Devil Crash is a popular video pinball game from the PC Engine – the code is probably the same to be honest but this cart isn’t dumped yet to check.  That extra board is a digital time counter for purchased time.  If you get one of these, immediately cut the battery off. 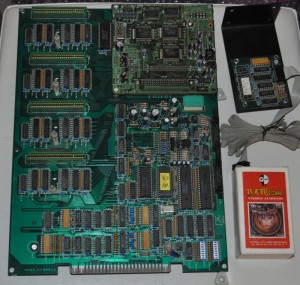 Choky Choky – because it was cheap and one wasn’t Choky enough.  It’s a pretty cool Pang clone from Semicom. 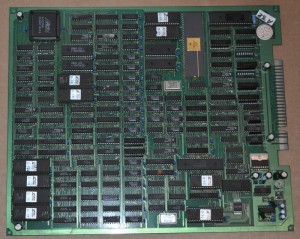 Armored Warriors – undumped (until now) newer Asia revision of the game.  Not sure if it ever had a case, Capcom are known for throwing these out without cases eventually.  This is already posted to the new owner – I bought it purely to dump the ROMs. 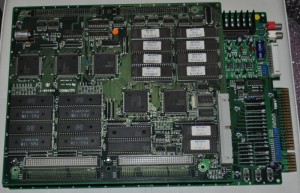 Carket Ball – exceptionally rare Semicom game, actually tranplanted all the ROMs and the security chip onto a Cookie & Bibis board which is identical aside from a few RAM speeds.  Once the RAM was replaced it ran fine.  It’s pretty terrible as a game though, nice presentation but the physics are dead.  Get Real Break instead. 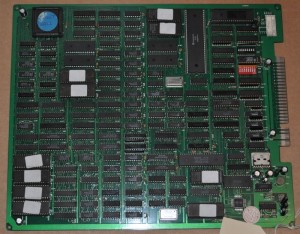