Just a couple of things!

Erotictac – unusual adult puzzle game by “Systeme”, the PCB is very glitchy and has to be run at 4.7v, there’s a red-green-red power indicator on the ROM board.  Had lots of problems testing it until replacing some RAM which tested OK afterwards. 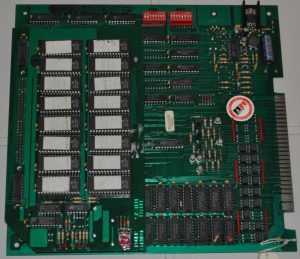 Lost Tomb – rare Stern Berzerk style adventuring game – pretty cool but wasn’t cheap.  You need to make a dedicated adapter to play this as it uses two sticks and all the inputs are different to other Konami pinout games.

Rad Mobile – had to buy the ROM board separately, and put it on a Rad Rally motherboard, I needed this as a spare as I’ve decided to keep my Rad Mobile mini upright machine.  Pro-tip, try to keep a spare PCB for any dedicated cabinets you own.  It can be expensive depending on the games you have but you’ll regret not picking one up later if the worst happens.. 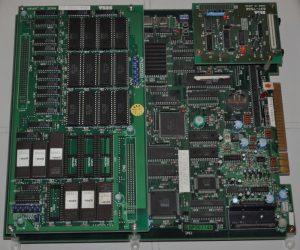 Beach Festival World Championship – SUCCESS!  I now own every PCB made by Comad known to exist, including variants.  There are a couple of flyers out there for other games but these have never been seen as far as anyone knows and quite possibly don’t exist.  This one was surprisingly hard to find. 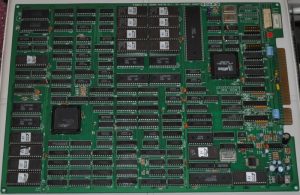