Wyvern Wings (kit) – still quite a lot of these NOS kits floating around out there and it’s a very solid little shooter for not very much money, especially considering they’ve never been used.  Very much like a Psikyo game, wouldn’t be entirely surprised if that’s where the engine came from.  Frenetic pointed out to be a few days ago, you can press start on the random ship select to unlock a secret ship.  May just be my imagination but it seemed to make the game harder too. 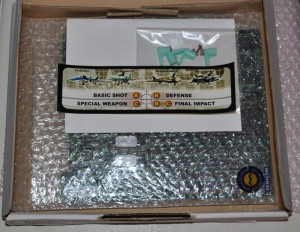 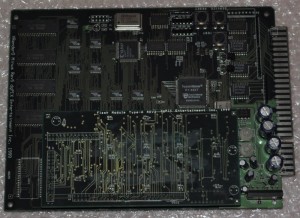 Son-Son – sold to me as having a possibly heat related sound fault – it turned out to be down to specific sound effects being played instead, and a sticking audio channel on one of the AY-3-8910 chips.  Unfortunately it was the one with the Capcom license sticker on it, which was already partially torn and refuses to come off the chip.  I’m going to get a friend to make a repro I think with the correct serial number on.  Rare board, be careful with this as it’s not JAMMA but it’s also not the normal Capcom 56 pinout either. 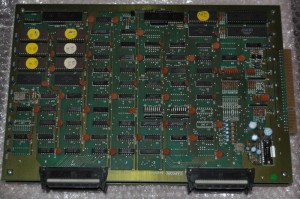 Perfect Billiards – not sure if that’s a suicide block or not, it’s very strangely constructed and looks like I could get the lid off if I tried, but .. given that I haven’t got a loom to test this with I’d rather leave it be for the moment.  Also blue PCBs are cool. 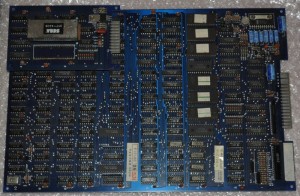 Perestroika Girls – already had one of these, but it had some odd sound issues which weren’t present in MAME.  I bought this as broken and it was pretty easy to fix (reset and sound caps physically damaged), now I can confirm the boards really are just glitchy and MAME is wrong by being right.  It’s another Qix game with hand drawn women. 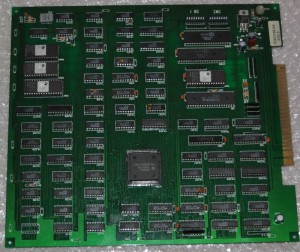 Splash – you control a paintbrush which has to fill in the screen area, to reveal women (obviously).  This one lets you fire at enemies and it plays in a quite unique way despite being similar in function to the many Qix games. 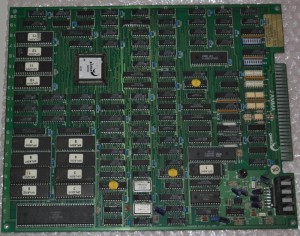 Heated Barrel – I’m a sucker for wild west games, this one is a forced perspective run & gun – strangely when you turn you shoot out an odd bullet or two even without pressing fire.  I thought this was a bug at first but MAME does the same thing.  It makes the game easier so it’s probably a post location test hack TAD made. 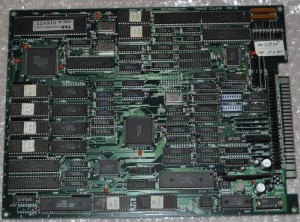 Maya – more tile matching, more women!  Despite the bootleggy looking stickers I’m pretty sure this is an original, a lot of this kind of game is bootleg quality and made in the same factories.  Pretty bland, it was very cheap. 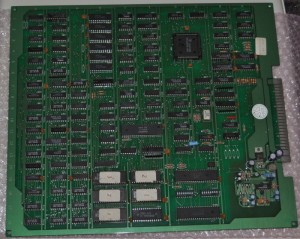 Flicky – awesome little platform game where you have to help a bird take her children to the level exit while avoiding cats and so on.  Available in several PCB variants. 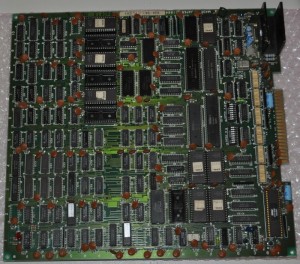 Gals Panic II – surprisingly high quality graphics, gameplay the same as all the others but not as difficult as the later ‘S’ games.  Interestingly came with German ROMs on it, so it just makes it sound even more pornographic as I’ve no idea what they’re saying. 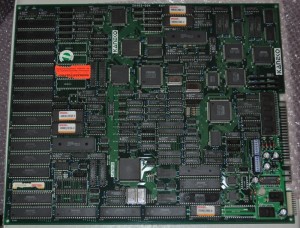 Bad Dudes – are you a bad enough dude to save President Ronnie?  I bought this one to replace my older board which isn’t in as good condition and is now for sale.  One of the most underrated cheap games that exists. 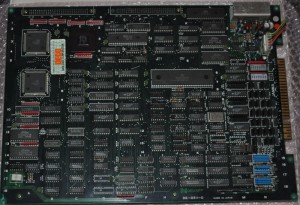