A while back now, I was given the opportunity to pick up a working Galaxy Force II PCB at a good price.  Being a fan of the game and owning an Afterburner machine already, I picked it up.  Very soon though, I realised that it was going to be a nightmare even making a suitable loom, and then the controls weren’t really going to be suitable anyway due to the giant heavy metal stick on Afterburner, and the small light touch stick Galaxy Force was designed for (comparatively, anyway).

Galaxy Force only came as giant moving cabinets (including the mighty Super Deluxe model which looked like a moon lander). However, one of the US flyers depicted an upright, but it looked somewhat unfinished, having Afterburner contour art fitted to a Power Drift shape cabinet. Having spoken to many long term collectors, nobody is really sure an upright ever made it out of concept or prototype stages. At that point, the Galaxy Force upright project was born. 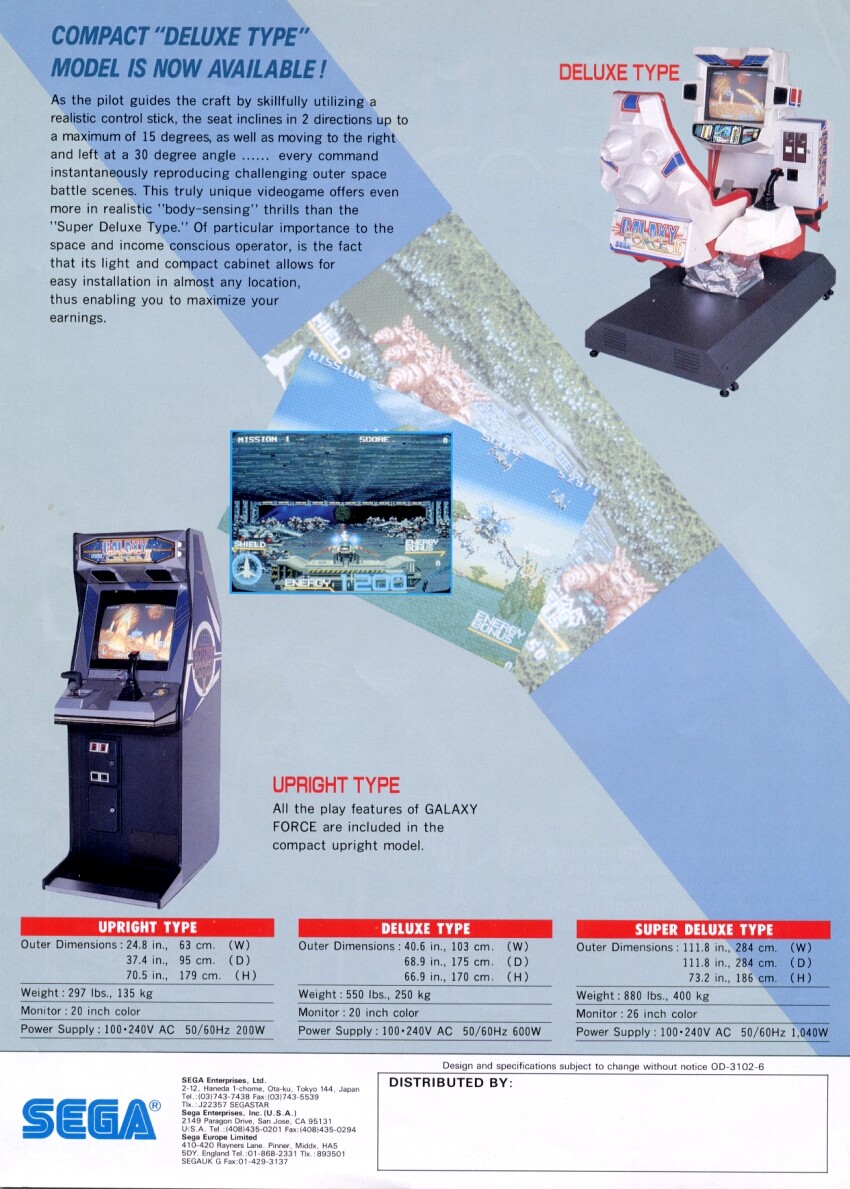 I knew I was going to need a donor cabinet, so checked out which games were on the same hardware and with the same controls – G-Loc was a perfect fit.  It took a small amount of hunting and a larger amount of haggling, but eventually I managed to get a fairly decent shape machine from Oll, an oldschool UKVAC guy.

You can see it hiding behind this Baywatch machine, which on reflection I undersold and now rather miss.  Great backglass! 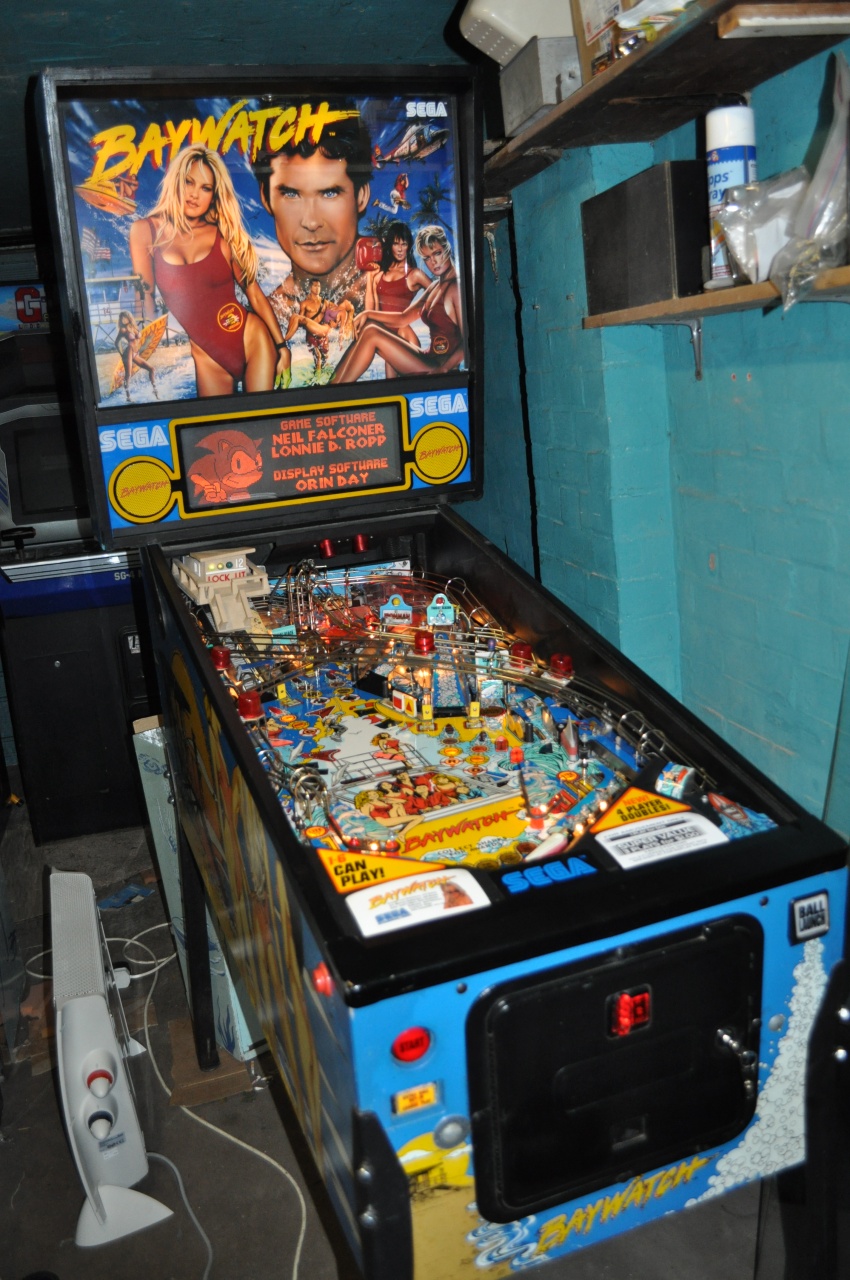