Something special this time… Well a couple actually.

Moon Patrol – initially I thought I’d been sold a proper Irem one, finally.  However when I got this and had a closer look, it’s actually a bootleg set, with original Irem ribbon cables and original Irem ROM chips.  Very likely someone ‘repaired’ the game by swapping all the boards over. 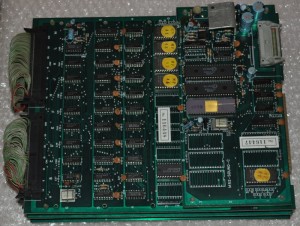 Radical Radial – weird Nichibutsu shooter with a rolling wheel, back when games didn’t really need to make any kind of real sense and they just chucked stuff out. 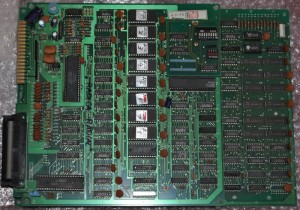 Hard Times – now this one is unusual.  It’s a Cabal style game by Playmark, and apparently is hard to find since many were converted to the next game Playmark released.  I got this on ebay sold as working, I had to replace a few caps, two 74LS245s (one with a scorch mark on it), straighten many bridged pins on the underside, and replace a whole dip bank which was physically broken.  Actually a decent game now it works. 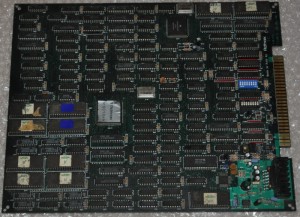 Gulf War II – YES!  One of the Comad games I needed to finish the collection, only 2 or 3 left now to achieve it.  I had a different variant of this already which has different ROMs, but it’s broken and I’ve had zero luck reviving it.  This one on the other hand works just fine, although it came covered with weird plastic can replacement caps and I had to re-do the whole sound section with correct values… 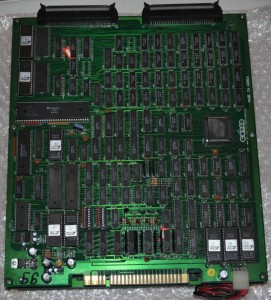 Air Assault – The long lost World release of Fire Barrel, I’ve just sent the ROMs away so it can be added to MAME.  I got to this one just in time too, the brown caps of death were starting to leak, just on the legs.  I’ve cut them all away and it’s all cleaned up ready and waiting for the new ones to arrive.  Note hand written NEC labels, this game probably never left location test which would explain why nobody has been able to find one.  Yes this is that board which has been knocking around London for years. 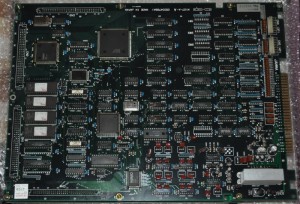