Keeps on getting weirder around here.

Tricky Doc – unusual little platformer (sort of) by Tecfri, very rare.  I had to replace a couple of chips but it’s fine now. 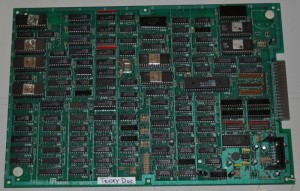 Gaplus – Tecfri version, unique code which has now been dumped for MAME.  It matches a Namco PCB almost entirely in layout but the makes of many parts are different (while all customs are proper Namco parts), and the numbering on the PCB is in a cool font I’ve only seen on Sidam boards before now. 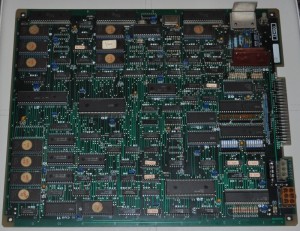 Choplifter – another Tecfri licensed game, covered with Sega parts along with others you more usually find on European boards.  It actually runs the exact same code as the normal Sega board.  Sold with faulty sound, one leg of the sound ROM was out of the socket… 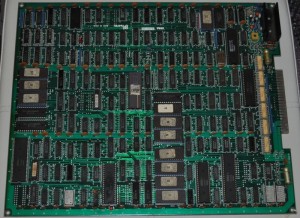 Choplifter – since at the time I didn’t know if I’d be able to fix the above, I got this from the same seller, works fine.  Had a horrible sticker all across the labels but it mostly came off, still needs final cleaning really but I’m selling this one. 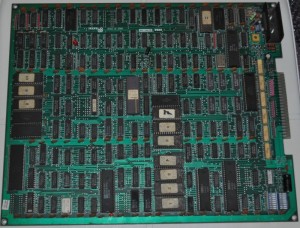 Mad Donna – gave up trying to fix my faulty one.  Sort of Pac-Man, women appear between rounds.  It’s fun for a few minutes but soon gets boring. 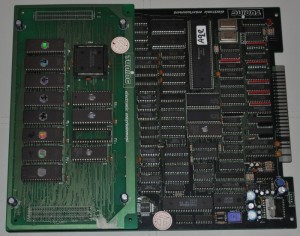 Hard Times – slightly different version to the one I had already and in better condition despite the truly amateur replacement of a regulator.  It’s pretty much Blood Bros with a prohibition reskin. 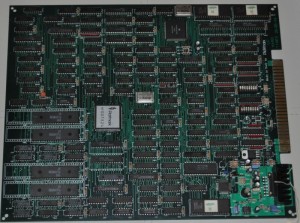 Finest Hour – bought this because it came with better art than I had.  It was sold as ‘junk’ (tested and not working) and ended at a ludicrous price.  Worked fine, all I did was replace a dented capacitor and that hadn’t actually failed.  Selling the board I had already as this has better labels. 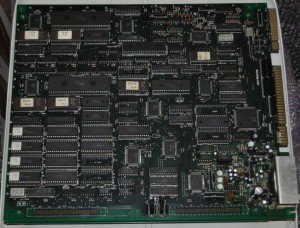 Fantasia – yet another one.  This PCB is very unusual and raises as many questions as it answers.  A normal Fantasia board on the larger type PCB has four object ROMs in addition to the ones on this which I’ve been told are encrypted ones used for some animations.  Aside from the code and the sprite ROM, these all match the old sets, but I can’t see a difference.  Additionally the thing that looks like a mask ROM next to the sprite one – it doesn’t do anything.  The OE line is never enabled, it’s shorted to 5v.  Why is it even there?  New Fantasia and Fantasy 95 also have this bizarre unused chip.  From a comment in the existing MAME driver it seems someone once tried to dump them and found Terminator 2 data.  I’m almost inclined to believe it like they just threw random spare chips in there. 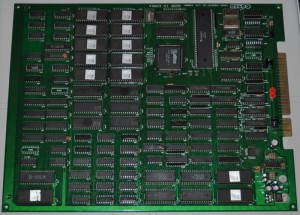