Here’s a little known game, it’s Akuma by GameWax from around 2005 and there’s nearly zero information on it anywhere, when you try you tend to hit 5 million links to do with Streetfighter…. 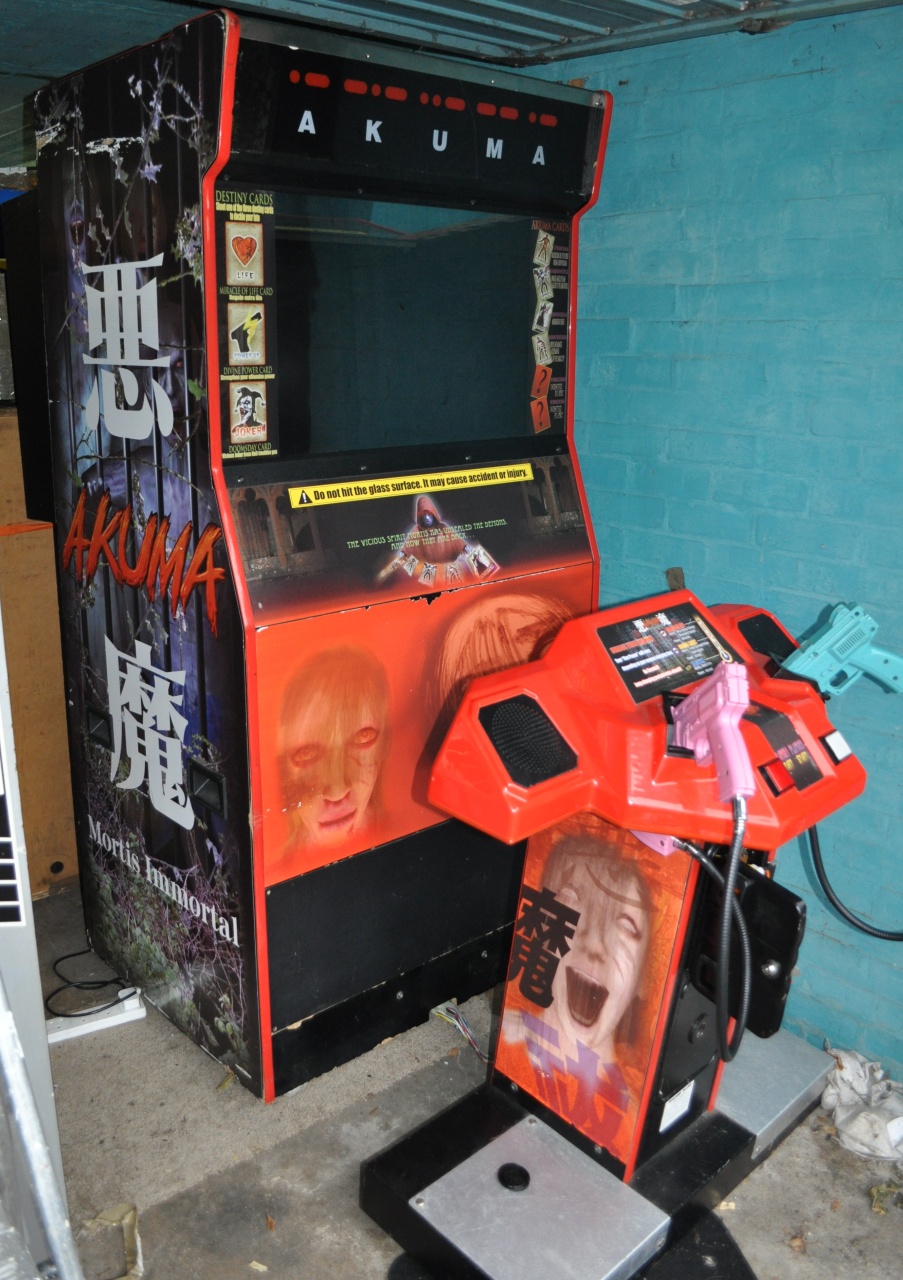 It’s an interesting thing though, the game creates a 3D effect by overlaying graphics from a giant CRT in the base, onto background graphics displayed by a projector – a 2 way mirror allows this overlay effect.  The guts are pretty much a whole PC with a UPS, a custom I/O board and a car amplifier. 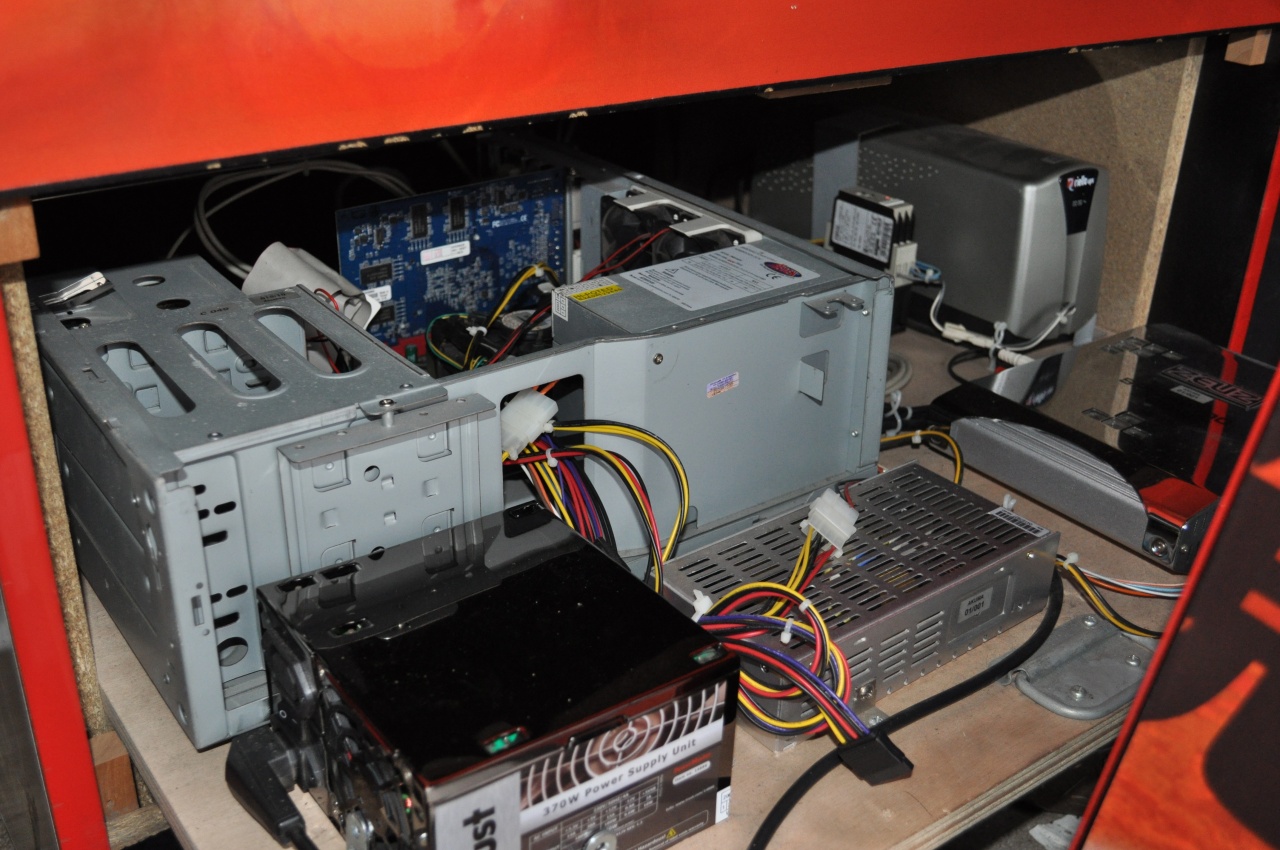 I picked it up on ebay a while ago, it arrived and straight off the bat I’d obviously been sold a dud.  Guns not working at all, half the graphics were missing, wood damage to the top of the cab, feet broken off from the pedestal and the link tunnel was missing.

Having spent a bit of time on it, I finally put everything back together this weekend since I’m trying to clear a few projects off my plate.  The wiring for the pedestal link has all been redone, the guns and sheathing have been rebuilt, the projector (repaired at high cost) has been installed, and it pretty much works now bar the UPS which needs replacing.  Here are a few images: 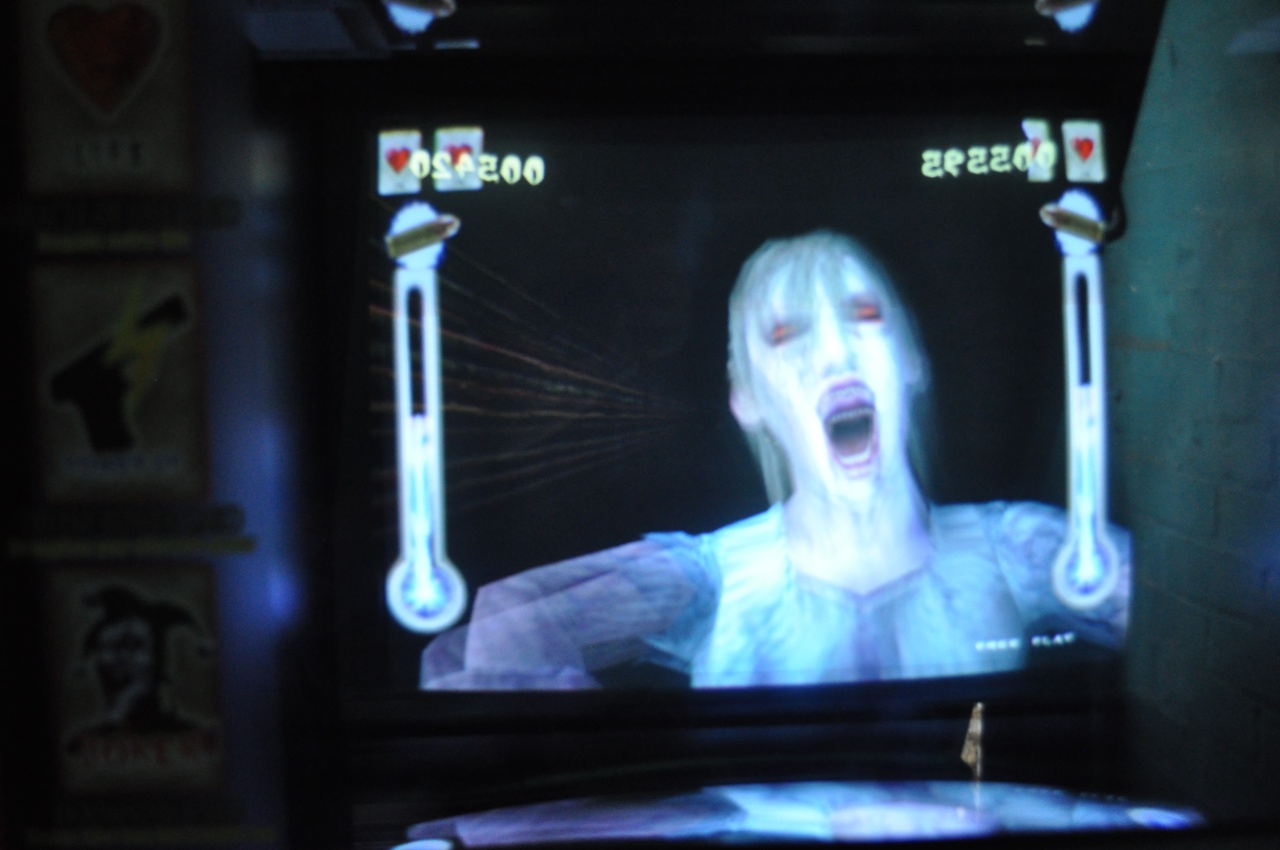 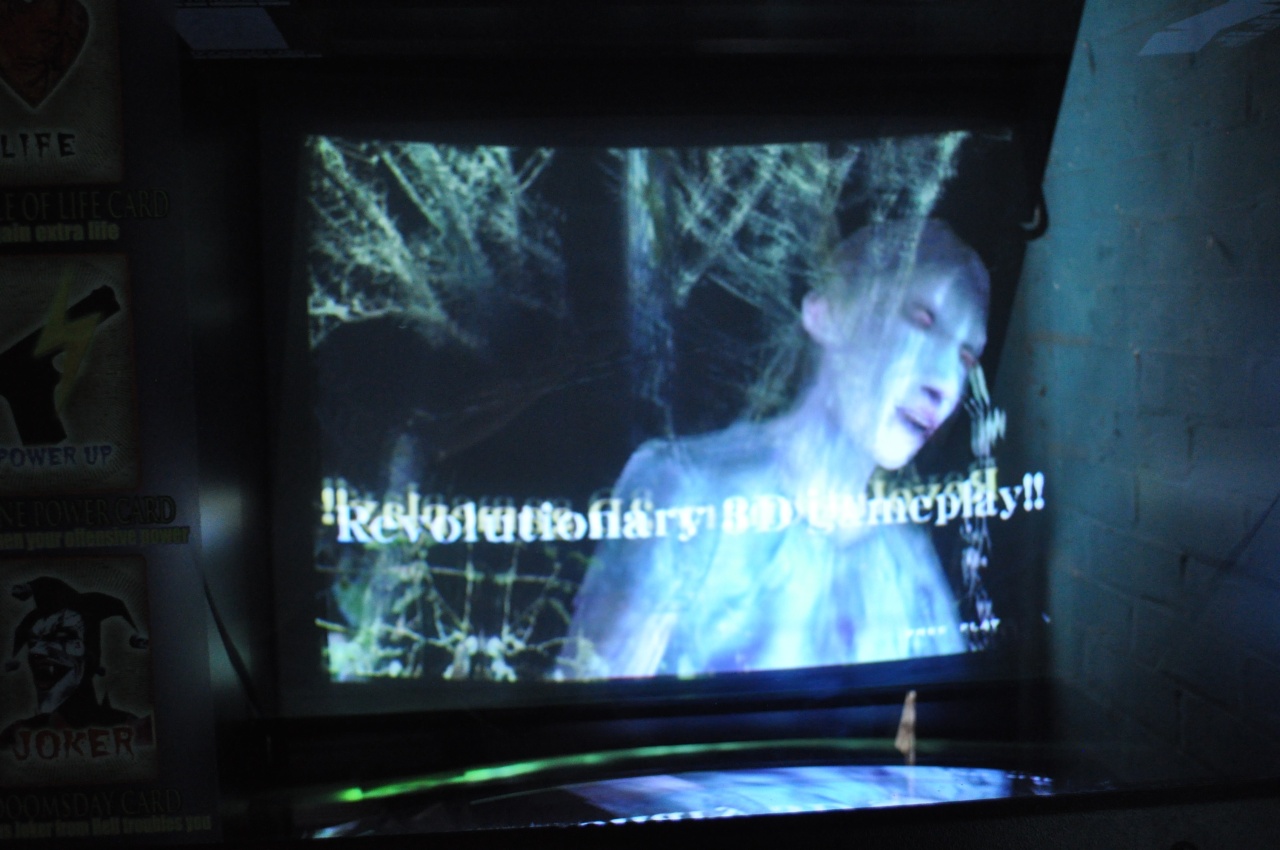 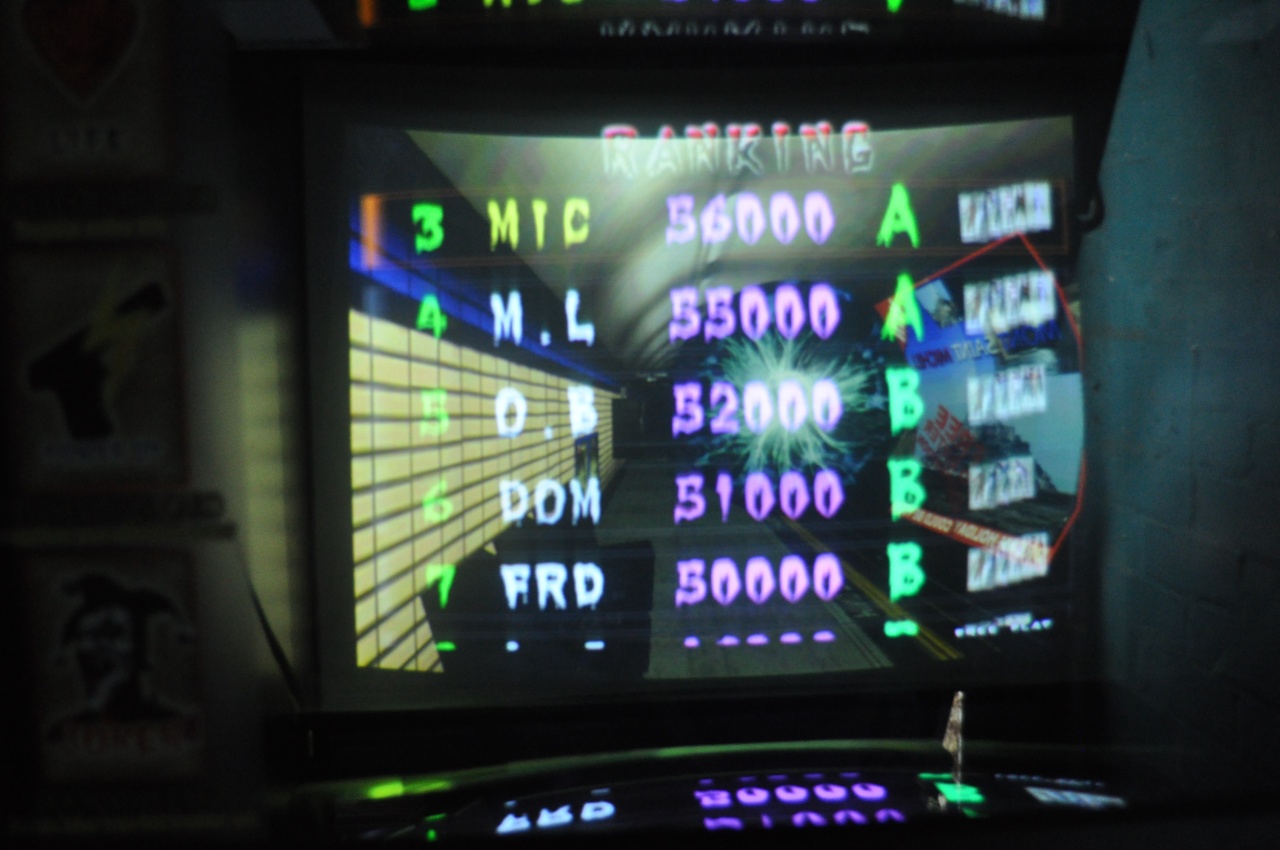 Sorry they’re not very good, it’s nearly impossible to get good pictures of the game in motion due to the brightness of the image and all the mirrors.   I’m actually moving this on now, I need some garage space back to work on other games so I’ll let someone else do the finishing up.   However, this game did die on me once or twice and I had to do a bit of digging and testing to get it working again – if the BIOS settings are wrong this won’t run properly.  These details might come in useful for someone later:

Projector: Sanyo PL-SU51 (should be set to boot on power).  Note: game will not boot without this connected as it checks the specific device EDID string.  To use another model you would need an EDID cloning device or to hack the game code.

BIOS settings: boot on power, power management off, no serial ports, USB enabled, no floppy, parallel port must be set to bi-directional.