Another bunch of weird and wonderful games.  Well some of them are.

Typhoon – I do want one of these but the labels were replaced by the previous owner due to being all torn up.  I should have asked first I suppose so this is up for sale.  It’s an odd game with vertical shooting sections as well as into the screen ones.  The game got released under two names – it’s also known as Ajax which has a different level order, I suspect Typhoon was the original order since the intro scene shows a jet taking off but the jet is in stage 2 of Ajax.  A balance adjustment I think because the game is hard as nails and powerups are scarce. 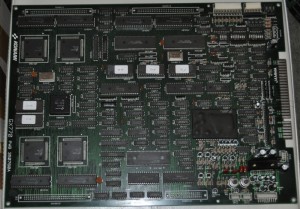 Super Real Darwin – a confusing and bizarre sequel to the equally unusual Darwin 4078.  Your ship can evolve in different ways, I’ve never actually managed to work out how all the possible combinations happen, but it’s actually possible to end up with a dud ship.  Really great music in this one too. 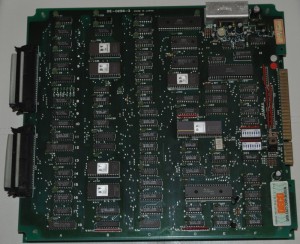 Top Secret – Japanese version of Bionic Commando.  Back in the day Capcom did some strange things.  For this game as well as fixing numerous bugs when making BC, they also redrew most of the sprites to give them a more serious look with heavier shading.  Not sure why one of the four top ROM labels is missing, it’s missing on every Top Secret I’ve seen.  If you see one for sale and notice grey blocking behind the logo, this is normal – MAME is wrong. 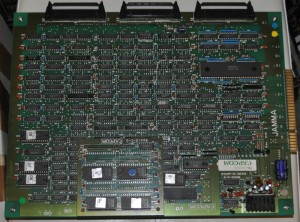 Quiz & Dragons – Well polished quiz game from Capcom where your path is dictated by dice rolls.  I find a lot of the questions very difficult since they’re US-centric.  I’ll need to do something about that suicide battery, it’s still running on the original. 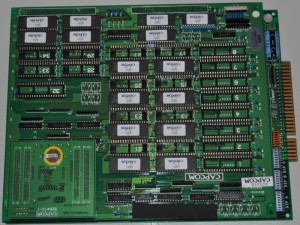 Mug Smashers – very unusual Italian/British (as far as I can tell) joint project.  It’s a scrolling fighter which looks cheap and awful but but they really put some effort in, small graphical touches like an animated poster in the first level, trying desperately to match the quality of games like Crime Fighters.  Someone removed all the capacitor packs from this one, very ugly hack repair but I need someone else who owns the game to tell me what the part numbers should be. 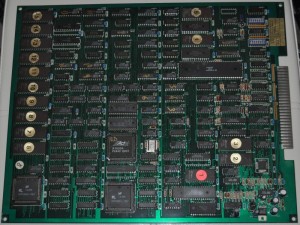 Meta Fox – vertical shooter from Seta, only took this as part of the trade because I wanted Darwin above, it’s up for sale with original art.  Epic heavily compressed boss music with rock vocals but the game isn’t much to talk about. 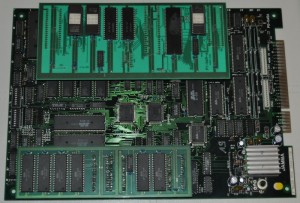 Dark Seal – it was cheap and in very good shape, and I didn’t own one at the time.  Controls are a bit akward due to the isometric presentation. 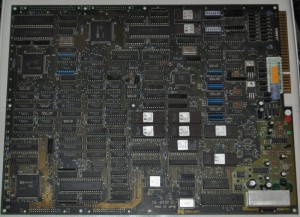 Gundhara – unusual and possibly unauthorised Chinese board.  It’s covered with legitimate parts and appears to come from the same factory as original Allumer boards.  It’s definitely come from the same people as the strange Daioh I posted recently, it seems likely the factory was making games it shouldn’t have been on the side.  This arrived with a pretty ugly sound fault, seemed to be a faulty PAL which controls which sample ROM should be active.  I had to come up with an interesting repair, posted it a few days ago. 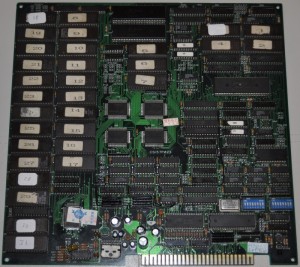 Big Twin – finally found the adult version of this.  It’s not a very good game, just one for the collection.  Be careful of the regulators on these Playmark boards, they like to go bad and cook. 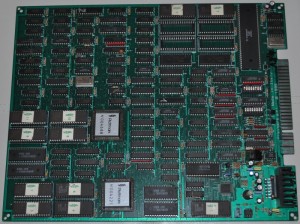 Contra – now this is a really interesting one.  It’s in English but the code is closer to the Japanese release, with no provision for cocktail tables or single player controls.  The riser boards and socketed PROMs with hand-made-with-Konami-ones labels suggest it’s a very early board, potentially a location test.  This might explain why cocktail/1P modes appeared later if this was raised as a concern by Western operators. 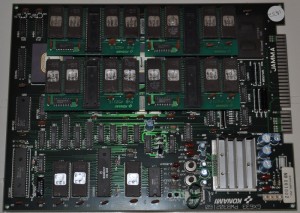 Arabian Magic – pretty cool scrolling fighter from Taito with great music, I’ve been after one for a while and they seem to be pretty rough most of the time.  This one was just dirty but otherwise intact and a good price.  There should be a long label stuck over that potentiometer.  Despite proximity to the amp these are NOT VOLUME CONTROLS – they actually control a regulator fed by the 12v feed, and output to some annoying Ensoniq chips which require a very specific input just under 5v.  That means you can accidentally end up cooking them if you mess with that control. 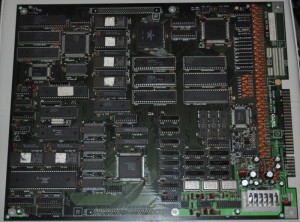