It’s been awhile since I’ve done one of these, actually there’s one or two missing but they are in the repair pile at the moment and disappointingly one of the ones I thought I’d fixed actually has a third problem.

High Rate DVD System Vol 3 – you can thank the delivery company Hermes for the missing corner and cracked corner on the other side, this PCB is actually part of a full setup that I bought from the Netherlands.  The drive arrived broken (possibly unrelated to the rough shipping as it is a common fault, see my recent article) and the PCB is as you see below. There were 4 inches of bubble wrap all around this PCB…..  It came with a set of chips for volume 16 on it. 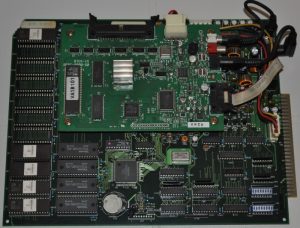 High Rate DVD System Select – this was the last game in the series and interestingly the motherboard is a slightly newer variant too.  Functionally it appears to be identical but the audio section has been changed.  This came with no chips installed so I have put my set from Select on. 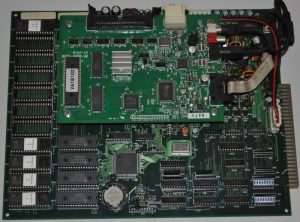 High Rate DVD System Vol 8 – no I’m not trying to collect a motherboard for every title in the series… I was given this one for free since it was broken and I have since repaired it, I probably won’t loads the volume 8 ROMs onto it because most of these are going into storage and I will just be keeping three close to hand since I have three working drives now. 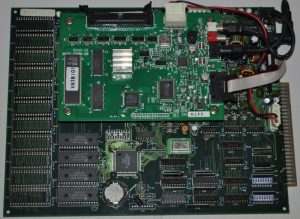 Mahjong Angels Kiss – one of the mega system 32 Mahjong games, this was supposed to come with original art but it is very obviously copied…  The label looked really bad when it arrived but it was just years of dust and dirt. 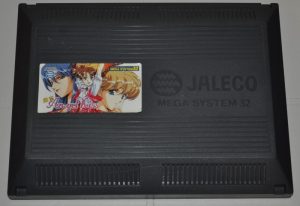 Mahjong Koi No Magic Potion – the title is a real mouthful but this one has some nice music and it was cheap. 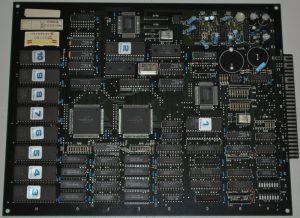 Mahjong Jikken Love Story – this is that really unusual one with the science lab and spooky music, I bought it to replace the conversion I had made from the betting version, which has gone to a new home. 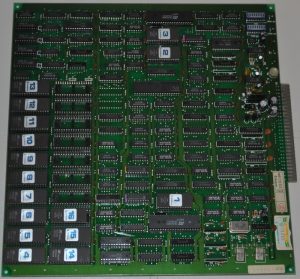 Mahjong Gal No Kaika – and this one was difficult to find, I had to purchase it faulty, but the fault was really easy (colour RAM).  This depicts progress through the game in the same way as a Ghosts n Goblins adventure, as you go through rounds your score will set how many spaces you move along the quest line – some are “bosses” or bonus chests with power ups.  It’s actually a very tame one content-wise, nice game. 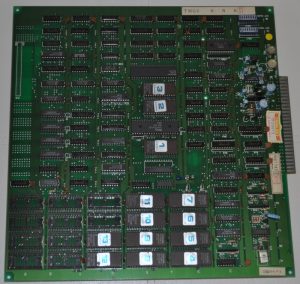 Mahjong Jogakuen – if you know what this one is, you’ll be laughing or rolling your eyes right now.  If you don’t then I’m not going to spoil it for you. 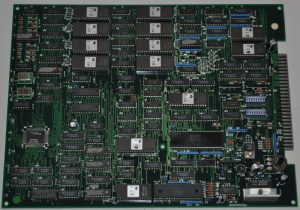 Miki DVD Theatre System – until recently this system was completely unknown, but Shou found some setups in an operator warehouse.  It’s more simplistic than the High Rate DVD System in terms of  integrating video and gameplay, and had a massive number of available titles because each one is just a different bit of title screen text (the same image) and different chapter markers for DVD control.  The DVD player itself is an off-the-shelf unit modified so that one of the audio channels is actually connected to the control panel interface allowing the PCB to stop, start and forward chapters.  The DVDs are genuine off-the-shelf mosaic pornographic films – I suspect that there was no agreement whatsoever with the publishers.  Recordings to come soon, while I was  happy to risk streaming a little bit of the HR system on Twitch, that isn’t going to be happening in this case. 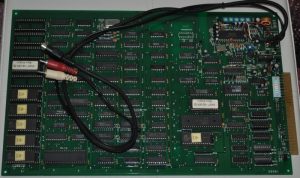 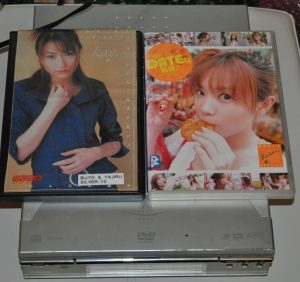 Mr Do VS Unicorns – legend has it this was never supposed to be a Mr do series game, but the US publisher wanted another game in the series to sell.  I found this Japanese version on eBay, it’s known as “Mr Do’s Castle” in the West.  Initially this had audio problems but it was down to a board hack which I have now removed. 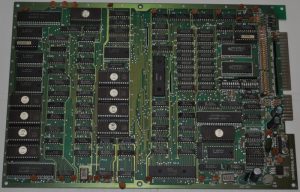 Mr Do’s Wild Ride – this is the cool rollercoaster themed one, another eBay find it was sold as having no audio but the problem must have been their adapter because it works fine for me.  These games require an adapter with an external amplifier despite there obviously being an amplifier chip on-board. 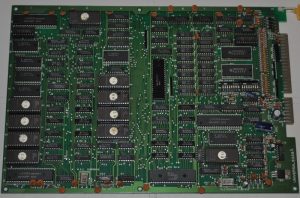