Some unusual and interesting things this time 🙂

Zero Wing – I bought this for a friend who desperately wanted one, snapped it up rather than waiting for a reply from him and he’d already found another..  I guess I’ll be selling it for what it cost me, but while I was checking some details for someone I found this is an undumped 2 player original Toaplan version instead of the Williams licensed one in MAME! 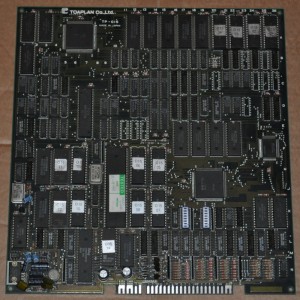 Toy Land Adventure – another for the Semicom collection, it’s a Bubble Booble type game with a cat which inflates and explodes the enemies, sometimes they bounce around causing other enemies to explode in a chain reaction but I’ve not worked out how to make that reliably happen.  Rare but not one of their better efforts, default movement speed is way too slow for example. 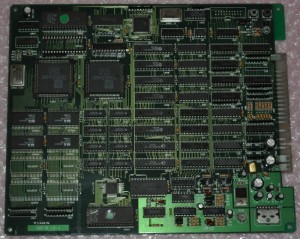 King Of Dynast Gear – this is actually a bootleg & port of Dyna Gears to dgPIX hardware, same mini board as Elfin, X-Files and so on.  Some of the animations have been removed but aside from that it’s nearly identical.  Funny thing is if you look for information on the net nobody seems to have noticed before, happily crediting it to ‘EZ Graphics’. 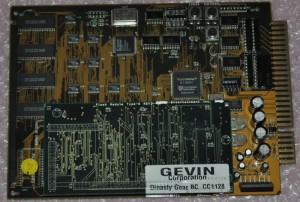 Omega – French bootleg of The End on a clone of Galaxian hardware, with slightly modified audio.  Plays pretty well and at least you can easily buy ready made JAMMA adapters for that pinout.  Arrived with one chip cracked in half but it was still functioning, never seen that before! 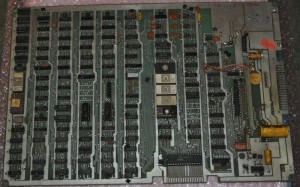 Pang Pang Car – modern clone of Rally-X, it’s by a company called Icarus and I’m not sure what country they’re from. 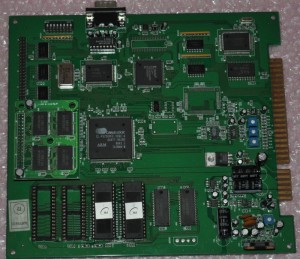 Diet Family – already have one of these (the one dumped for MAME) but this was cheap so I picked it up in case it was a different ROM versions.  It wasn’t, I’ll probably sell one of them shortly. 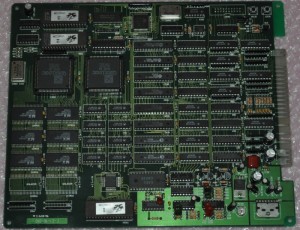 Bomber – Alca clone of Scramble, although the hardware is quite a bit different.  Sold as working and given the seller it probably is, but I haven’t made up the adapter yet.  The wires and extra PCB seem to be something to do with changing the video levels. 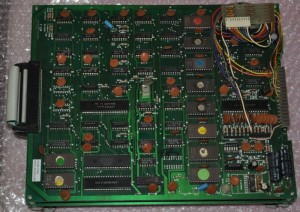 Guardian Storm – partial kit, included the original box and marquee.  This is a vertical version licensed by ‘Apples’ – I already have a strange German 2 board version but bought this to dump for MAME, turns out someone else very recently did the same thing.  It didn’t work properly on my test rig, after needlessly replacing the LS245 chips on the inputs I eventually worked out that the wrong resistor packs have been fitted on these boards (confirmed by another owner).  There are 104J packs on the LS245s and dip banks, if you want the inputs to be reliable you need to change them to 102Js as present on nearly every other game with similar inputs (including other Guardian Storms). 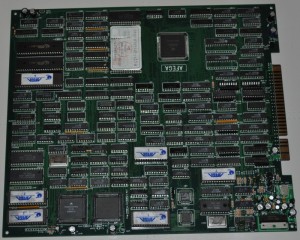 Cosmic Alien – Universal’s take on the Galaxian theme, this is an interesting PCB because it’s covered with factory wire hacks and carries the oldest versions of the game ROMs.  Amazing analogue audio on these boards, something MAME just can’t capture.

Battle Garegga – original Japanese version, I’ve been without one of these for quite a long time.  It’s had a couple of chips replaced and their soldering isn’t up to my standards but other than that it’s in nice original condition. 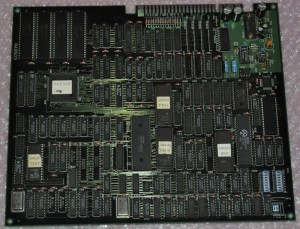