A big pile of cheaper things for once including some which are pretty interesting!

The Deep – it’s like a strange take on Scramble except all you can do is bomb in two directions and control the rate of their descent.  Graphics are way better than they should be considering the hardware which is actually Data East, but only used for this one game by Wood Place. 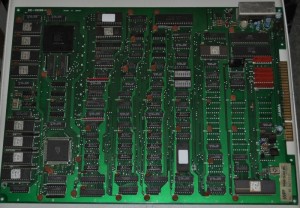 Super Ranger -this board is a bootleg.  It’s the exact same layout as a real one and uses most of the same components, however the security block is replaced with a riser containing a MCU and the CPU.  I haven’t dumped the MCU yet but what’s really interesting about this one is that the code on the ROMs is actually just a normal set, everything matches.  That’s an actual security block clone! 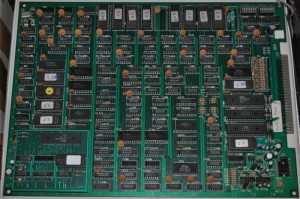 Roc’n Rope – this PCB is in amazing condition.  Made in 1983, it’s completely spotless with no damage whatsoever, all those strange gold labels are original too.  I’ve seen sold as new Cave PCBs which weren’t this clean (Cave did a lot of factory refurbs of CV1K games). 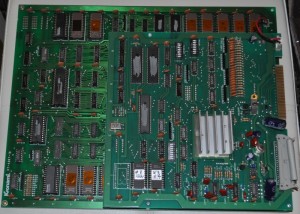 Return Of Lady Frog – I’ve been after this crappy game for ages, it’s essentially a hack of Splash with a frog instead of a roller, almost nothing else is changed.  I’ll probably re-do that awful wire hack, someone damaged some tracks replacing those chips but it could have been patched a lot more cleanly. 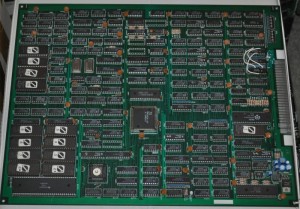 Red Hawk – also known as Stagger 1 in Japan, this is one of the better games to come from Afega.  If you look in MAME there are several versions but the original Korean one is missing.  It’s not missing anymore.  Game sold as working but came with an ‘adjust 5v’ label on it…  It took a while but a borderline 74LS245 would cause the backgrounds to jump sideways a bit when it warmed up.  Changing the voltage was simply making it take longer to warm up… 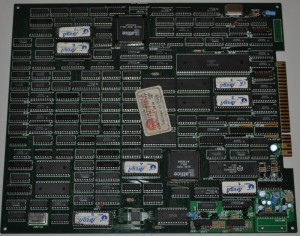 Metal Slug 2 – now that the turbo ROM patch is perfected, I wanted to replace my old cart with a mint one for the collection, so here it it.  I’ll be getting a shockbox for it, I absolutely love Metal Slug 2, and with the slowdown greatly reduced it’s now as good to play as it should have been. 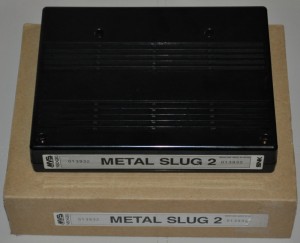 Maya – a very average tile matching game with women in it, except this version is a previously unknown clean one with various hand drawn pictures, potentially even the ‘original’ version. 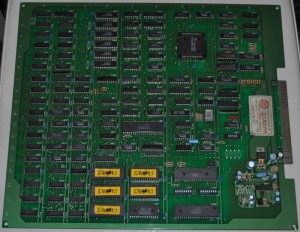 Ma Cheon Ru – a previously unknown tile matching game from Semicom with a twist – it lets you ‘bank’ a small number of tiles so you can dig into the pile a bit to get your matches of three.  Backgrounds are all traditional chinese style (or maybe Japanese, I’m not sure).  It will be in MAME fairly soon but the protection chip will need decrypting first. 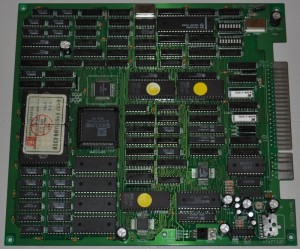 Juno First – if you’ve never played this game, you need to.  It’s one of Konamis best from the period.  One of the giant caps needs replacing, very common issue, it’s been badly bashed but amazingly hasn’t leaked.  You’ll need a good source of -5v though, it needs it for the graphics to function correctly. 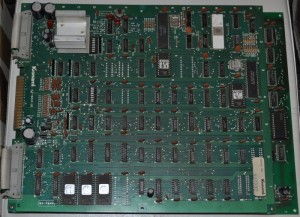 Hot Bubble – it’s a Puzzle Bobble clone with women.  Normally.  I bought this intending to add it to my archive of bad adult games, but it turned out to be a previously unknown clean version with radar telescopes and so on for backgrounds.  I got to dump it for MAME at least. 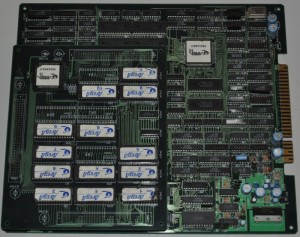 Hexion – bootleg PCB, what was interesting about this aside from its undumped status, is that the code is based on an English language version of the game which also hasn’t been located yet!  When they made this, Konami desperately wanted to be in on the Tetris action, they didn’t really succeed. 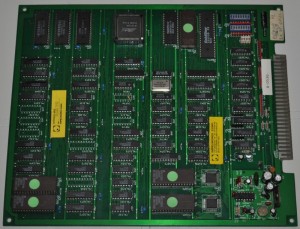 Dream World – sold on ebay as a bootleg, it’s a real Semicom set so I was going to use the boardset to resurrect Baryon.  When I read the ROMs though they turned out to be a correct match which means the security chip is correct for Dream World, and it’s not even a conversion.  Needed this for the Semicom collection anyway, it’s not unusual to find no labels on their boards so it’s not really surprising. 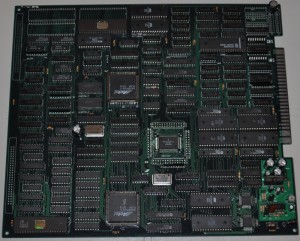 Daioh – this one has been the cause of much discussion.  It was initially submitted to MAME by the guy who middlemanned the purchase for me, labelled as a conversion of War Of Aero because it has Yang Cheng printed on the PCB.  However, it’s got the wrong ROM count, the riser board is unique although labelled with correct chip positions and permanently soldered into place in the exact same way as JJ Squawkers ones, some of the labels are clearly factory and some aren’t, there are Korean/Chinese style cost savings like a cheaper type of amp, no heatsink, no reset button.  It gets stranger too, it’s based on the location test version of the code rather than the release version.  My personal opinion is that it’s simply a Chinese Daoih which Yang Cheng either licensed or took it upon themselves to create.  Maybe it’s even a Yang Cheng proto board, who knows – I suspect the real origin of this PCB will never be explained.  I’m going to keep this one because it’s so unusual and I like Daioh anyway. 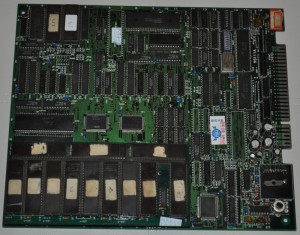 Brick Zone – bought as a spare since I found I liked this so much (brilliant Arkanoid game).  It’s a V4.0 spinner version but would be very easy to swap the ROMs over if the other ever dies, I’ve worked out what changes you have to make to switch between spinner and joystick now. 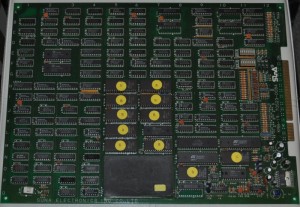 Blue Hawk -one of the long standing holes in my Dooyong collection, pretty solid game although I wish a bad crystal hadn’t led me along to replacing the CPU socket, that was a nightmare.  You really, really, really need an autofire hack to play this effectively or you’re playing with gimp firepower.  You also seem to be able to fire some kind of flame shot, I think it’s a joystick movement combination but I haven’t worked out what yet, happens if I circle around randomly. 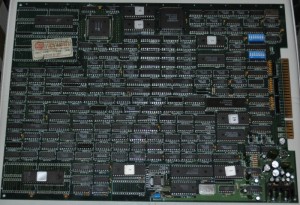