Home / General / Getting back on a bike

This kind of turned into an arcade only blog, but I didn’t really intend for that to happen, I lost a lot of enthusiasm to write a lot because my job wears me out mentally, for all the wrong reasons.

Anyway, around the end of last year I ended up having a health scare – fortunately it turns out there’s nothing wrong and it was one bad test result, but I didn’t find that out before essentially turning some of my life upside down (and panicking for 3 weeks).

Part of it was to get more exercise, so I did a bit of reading up and bought myself a bike, the first one I’ve owned in 20+ years.  I picked a hybrid so I can ride it to work but also take it on milder off road paths and so on. 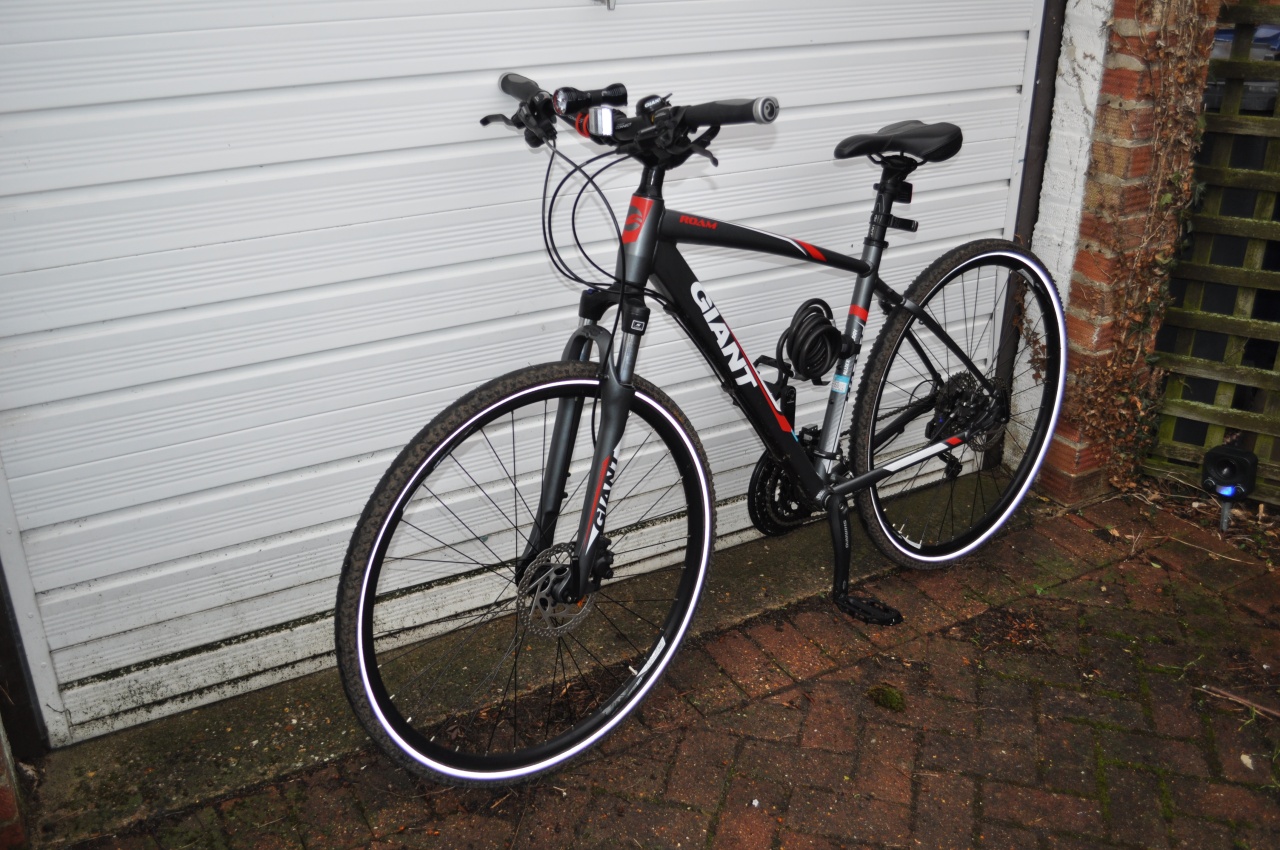 It’s a Giant Roam 1, a fairly affordable bike but towards the higher end in the model range so you get nice things like basic front suspension and disc brakes.  Being a 2015 model it was heavily discounted since apparently bike people are similar to car people and instantly undervalue whatever isn’t the current revision.

I added a few upgrades too.  The normal saddle is too hard so I got a slightly better one, and the handlebar grips are slightly flared towards the rider to give wrist support, important if like me you’ve ruined your wrists with a life of keyboards (same reason I got suspension).

Then I found I had no suitable shoes, so ended up buying some Five Ten ones which have grippy rubber soles, and because my feet are quite wide I found the stock pedals were far too small and bought a pair of DMR Vault pedals which made everything feel far better.  I also found the stock tyres had zero puncture protection, and after carrying it a mile home on my shoulder one night, bought some nice Continental tyres (Travel Contact Reflex – hence the sides lighting up with the flash).  Next were the lights – the ones I bought with the bike weren’t bright enough to ride around unlit parks at night so there’s a Exposure Diablo Mk7 on the front and a Moon Nebula on the back.

Gets expensive quickly, I hadn’t appreciated how expensive cycling had become these days.

You know what they say about never forgetting how to ride a bike?  Total rubbish.  You may remember how to operate one but how to ride actually takes some re-learning, for the first couple of weeks I was wobbling all over the place….

Having fun now though.