Another pile of PCBs came in – a little bit of everything in here.

Real Break Billiard Academy – I bought this a few weeks ago just just under 8 euros, it was sold as faulty – heavy graphical problems in the form of colour bleeding in and out, and a bitplane of background tiles missing.  Oh, and the sound was broken too.  Replacing the missing caps and the damaged volume controls fixed the sound, the graphics were two 74Ls157s.  Difficult to work on these, the chips and caps were surface mount, used SMD tweezers to salvage the 157s from a dead Captain America.  Pleased with how it came out, try this one in MAME – it’s probably the best of all the video pool games. 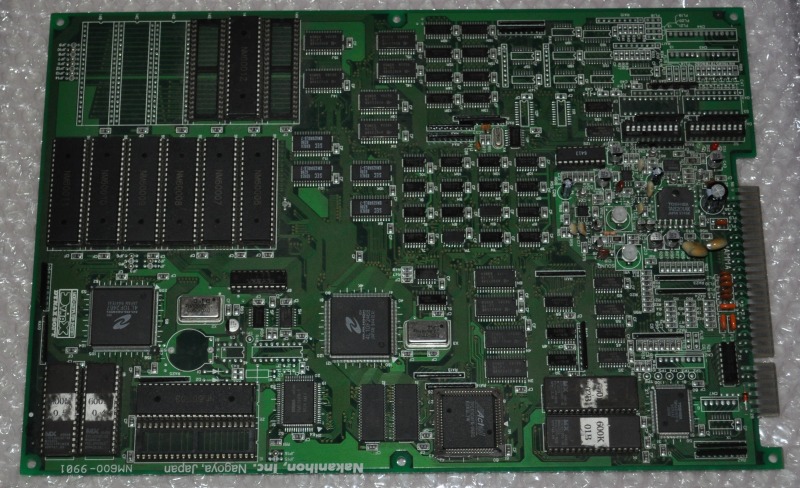 Vulcan Venture – been a while since I’ve had one of these, decent sequel to the original Gradius/Nemesis, honestly I do prefer the original though.  This is one of the slightly more reliable 2 layer boardsets. 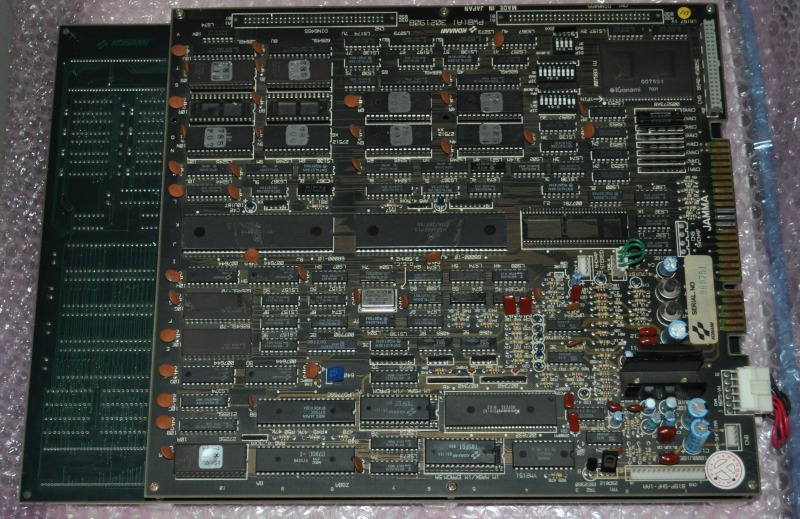 Pairs – it’s a card matching game  where pictures of women are revealed as the cards are eliminated.  Not a great game but very rare.  Interesting note though, while the actual music and samples are pretty good quality, the analogue output is amazing, even better than Namco boards, the entire top right board is for sound, similar to a pinball machine one.  It just sings at any volume! 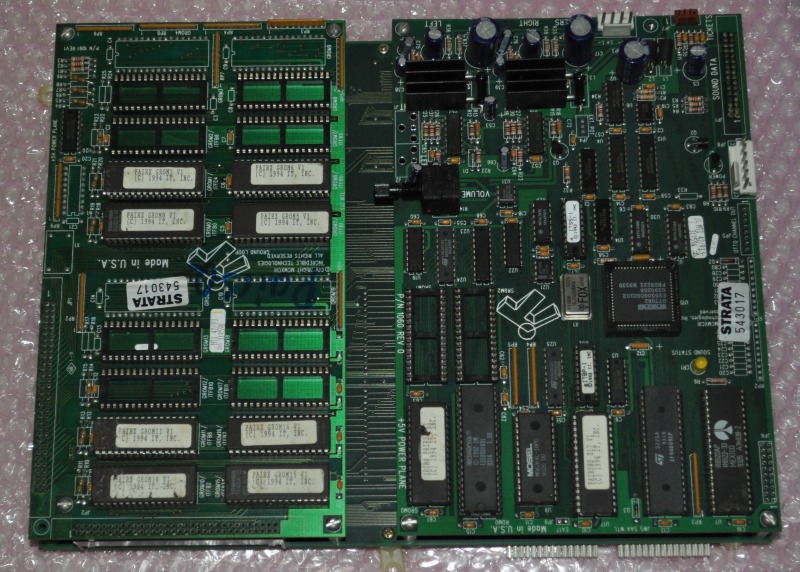 Playgirls 2 – pretty poor Galaga clone which reveals some of a hand drawn woman after each wave.  Actually I should have looked more closely before picking this one up, it’s actually a conversion – needs dumping for MAME just in case, since no 5 ROM version exists in there.  Pretty sure the person doing the conversion just split the bigger ROM though. 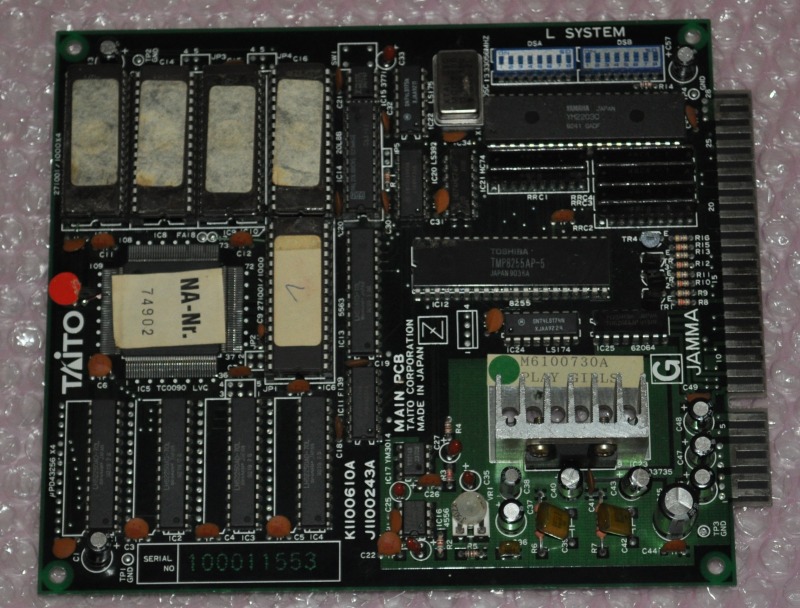 Lady Killer – flip the tiles to reveal pictures of women (note the theme this time around?)  Actually a pretty good game, looks a bit bootleggy but is an original Mitchell board.  Sold as working but a few legs on the SMT custom were cracked, it’s all good now. 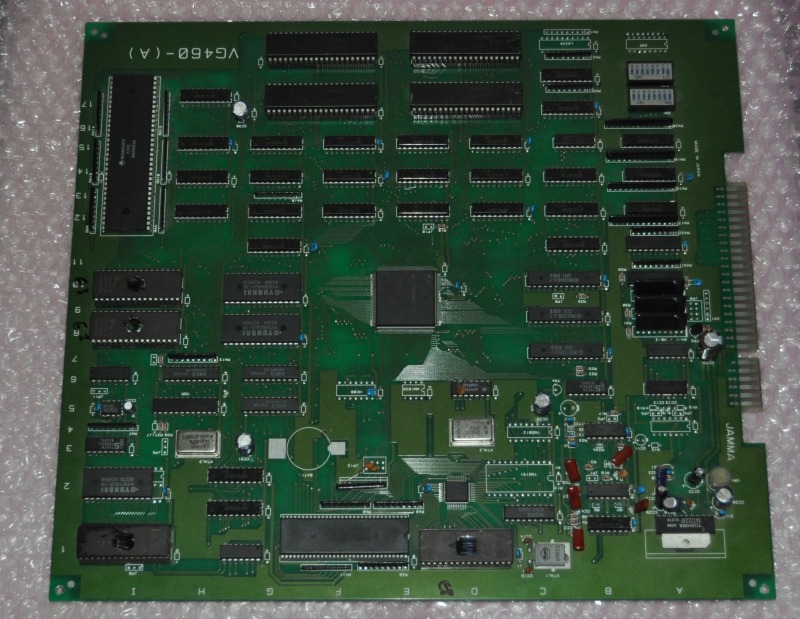 Meteor – I actually bought this three years ago and never got around to testing it…  It’s an Alca clone of Moon Cresta.  Worked aside from some corroded and broken legs on the graphics ROMs – had to weld new legs onto them.  Bunch of those green polyester caps needed replacing too as they were missing or broken on one leg. 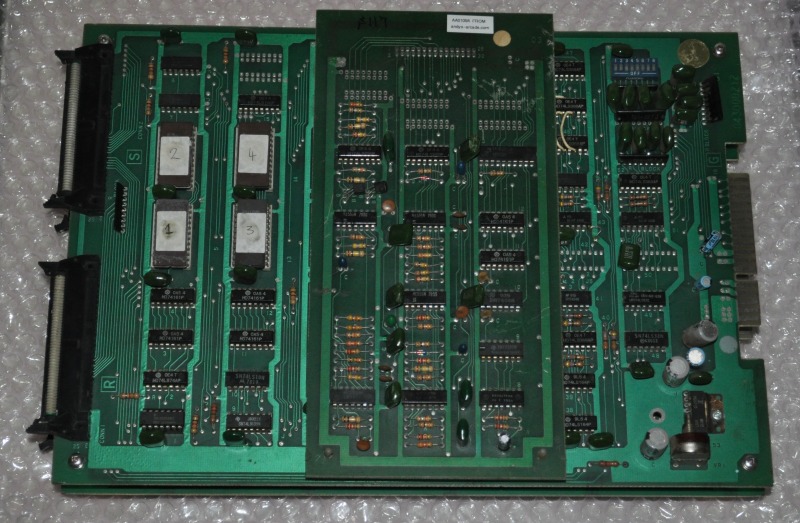 Multi Champ Deluxe – very much not as described.  Several pins on that big ugly custom in the middle were cracked, some of the smaller chips weren’t soldered properly from the factory, it’s all fine now though.  However, it was sold as a Multi Champ and turned out to be the much more expensive Deluxe one, all for about £4.  We’re looking at your standard minigames collection here, there are women who are supposed to be revealed but you can gamble your progress and I kept losing. 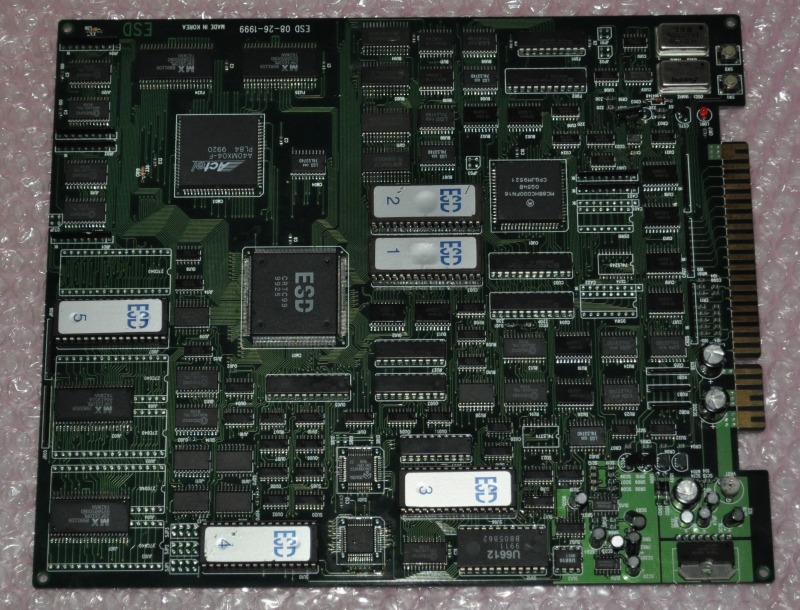 Exerizer – actually a bootleg, I though since it was so cheap I’d pick it up to play until I can find a real Jaleco one. 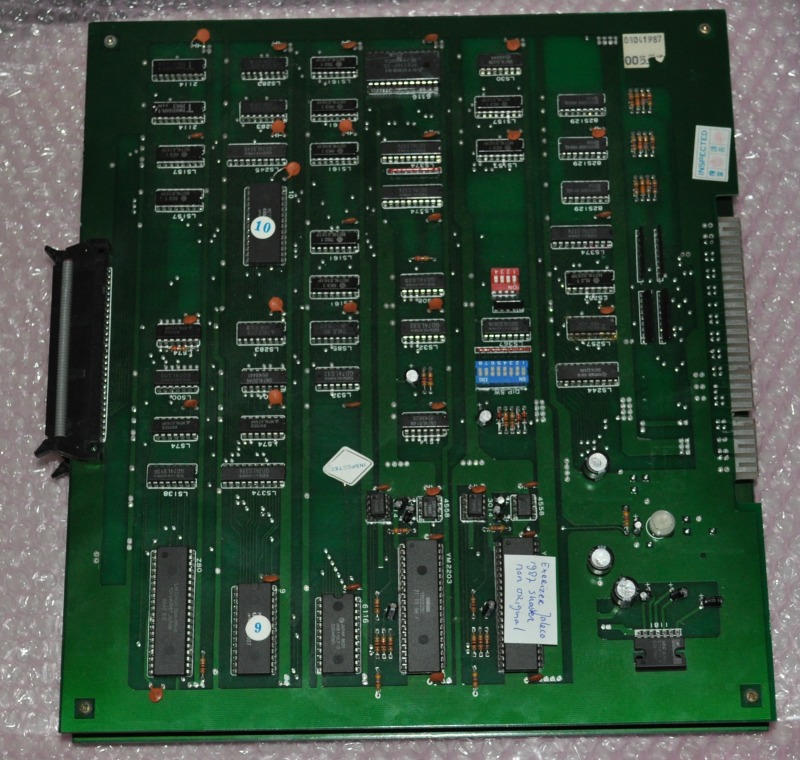 Gals Panic – the original one that started the whole ‘adult Qix’ craze.  It’s been superceded so many times now by Kaneko and everyone else that there’s not much to see here now.  It was cheap. 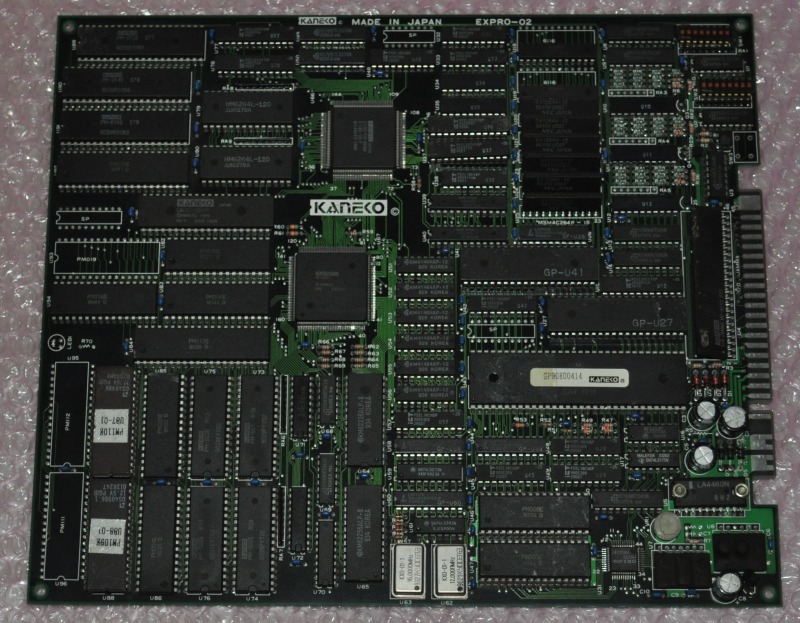 Act Fancer – I haven’t seen one of these in the wild for many years – it’s a strange platform/shooting game with odd controls and powerup rules that I’ve never understood. 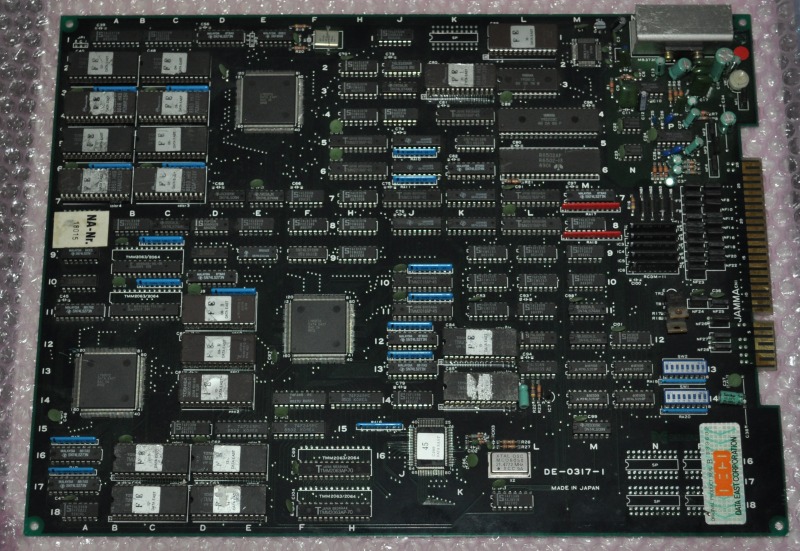 Cookie & Bibi’s – actually already have this one so it’s up for sale – again it was cheap and since I was buying so many from the same guy already, it wasn’t going to cost any extra to grab this at the same time.  Puzzle Bobble clone with Squirrels.  Pretty good actually, a lot of the Semicom games are better than you’d expect from a Korean manufacturer. 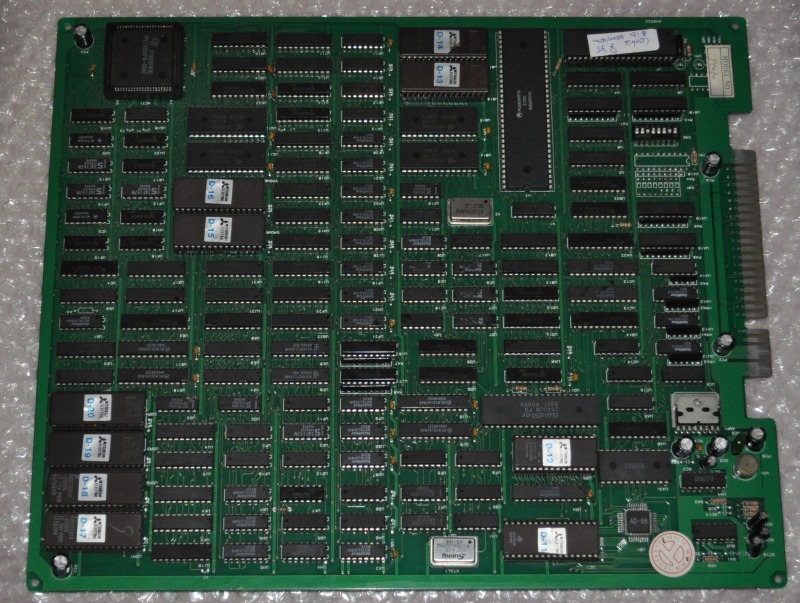 That rounds up that batch.  There was supposed to be a collection crown jewel here too, but … let’s just say that’s under dispute at the moment.