There’s actually a lot more on the way, too many for one post so here’s what’s arrived so far, some real obscurities!

Monsters World – it’s Pang, with a spooky monsters theme and suitable creepy music.  Plays OK, but Pang is better.  Choky Choky by Semicom is better too.  This is the only one I’ve ever seen for sale. 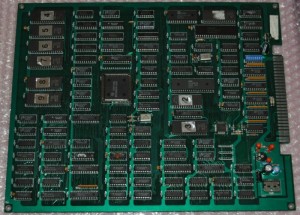 Jue Zhan Tian Huang – it’s Streets Of Rage (the hardware is Megadrive derived even) but with players stolen from King Of Fighters and enemies stolen from Street Fighter II.  This is the one dumped for MAME, never seen it available elsewhere, arrived with a really horrible sound problem and after going as far as replacing the OKI it came down to a filter cap next to the sound chip on the other side of the board.   Gah, I should have checked it first.  Terrible game by the way. 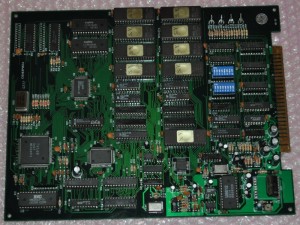 Last Fortress Mahjong (German) – it’s another tile matching game with women in the background.  It’s a fairly decent one as they go but Rong Rong is much better. 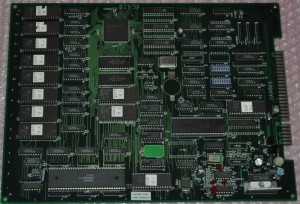 Gunsmoke – finally got a decent condition one for the collection! 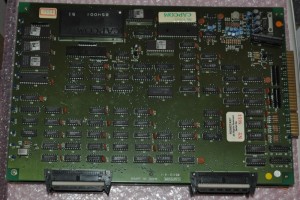 Happy Tour – it’s time for … ANOTHER GALS PANIC CLONE!  Fairly decent one, good music too – not sure why it runs so horribly in MAME, the PCB is 60fps of course. 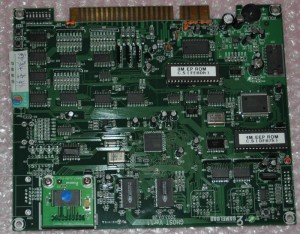 Gals Panic 3 – another box ticking exercise, turns out to be an undumped Hong Kong version, so expect to see it added to MAME at some point in the future, I’ve already dumped the ROMs. 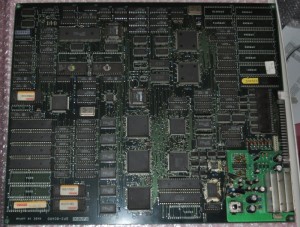 Garyo Retsuden – this cost a lot, imported from Kanaya via a friend.  Pretty unhappy to find they’d shipped a faulty board since their returns policy reads along the lines of ‘fuck you, haha’.  The game had been entirely reflowed on the bottom board, but the fault was actually on the top board and it took quite a bit of prodding to find it due to it being a flex fault.  I never did work out exactly which bit it was, I reflowed a small area after narrowing it down as much as I could and now it’s stable.  Kind of like Gunsmoke with Three Kingdoms characters. 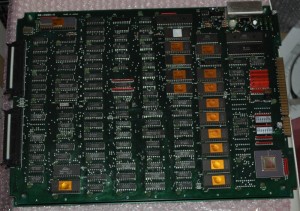 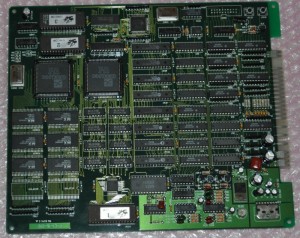