Another thing I found while tidying the mass of old ‘stuff’ under the stairs last week, was an old CD player.  Not just any old CD player, but a 30+ year old piece of real vintage hi-fi – the Marantz CD-63B.  These were among the first CD players available, based around the Philips CD100 model which appeared in 1982. 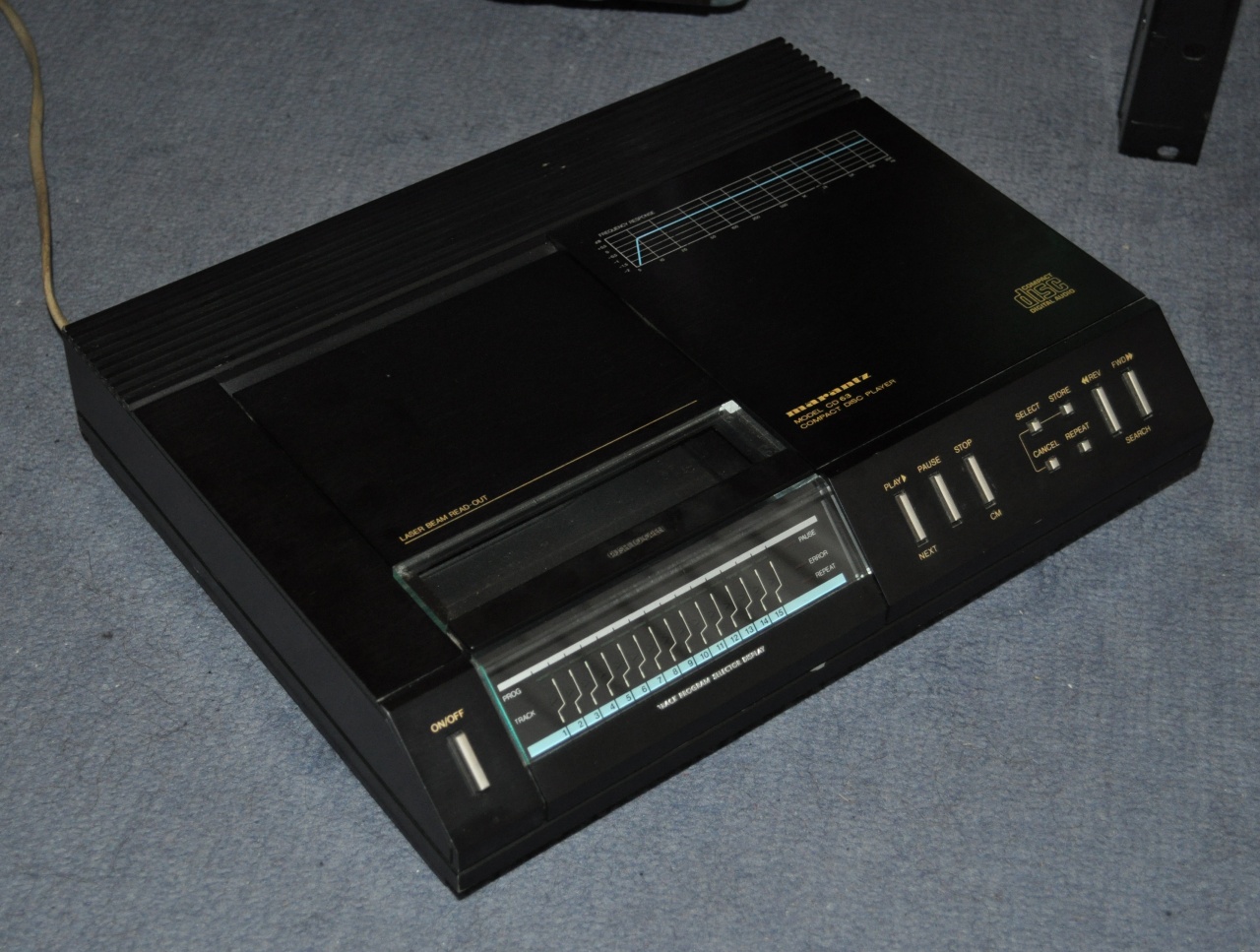 I picked this up nearly two decades ago.  Back in the day a friend and myself had massive collections of vintage hi-fi, accumulated while going to car boot sales (for US readers that’s like 100 garage sales on a football pitch).  Each week we’d buy all the best vintage gear right at the start, then set up our own stall to sell things we’d picked up and repaired/cleaned from the week before.  Honestly not only did it let us build lovely setups, but it made some decent money at the same time.  We had repeat customers because they knew anything on our stand (technically sold as seen) would have been cleaned, repaired and adjusted.

This one was absolutely filthy, it was sat under the stairs for at least 10 years and the finish really does need properly cleaning with solvents although it came up quite well – difficulty is getting the dirt out of the grain in the aluminium.  I’d actually never tested it before either, so I was amazed that after a full dismantle / clean / check it actually worked perfectly!

The reason I’d never tested it, is that I actually had two of these – the above is a CD-63B but the one I actually used to use is a much nicer looking (in my opinion) CD-63T. Marantz used to make a lot of hi-fi kit in this champagne colour, I loved it. 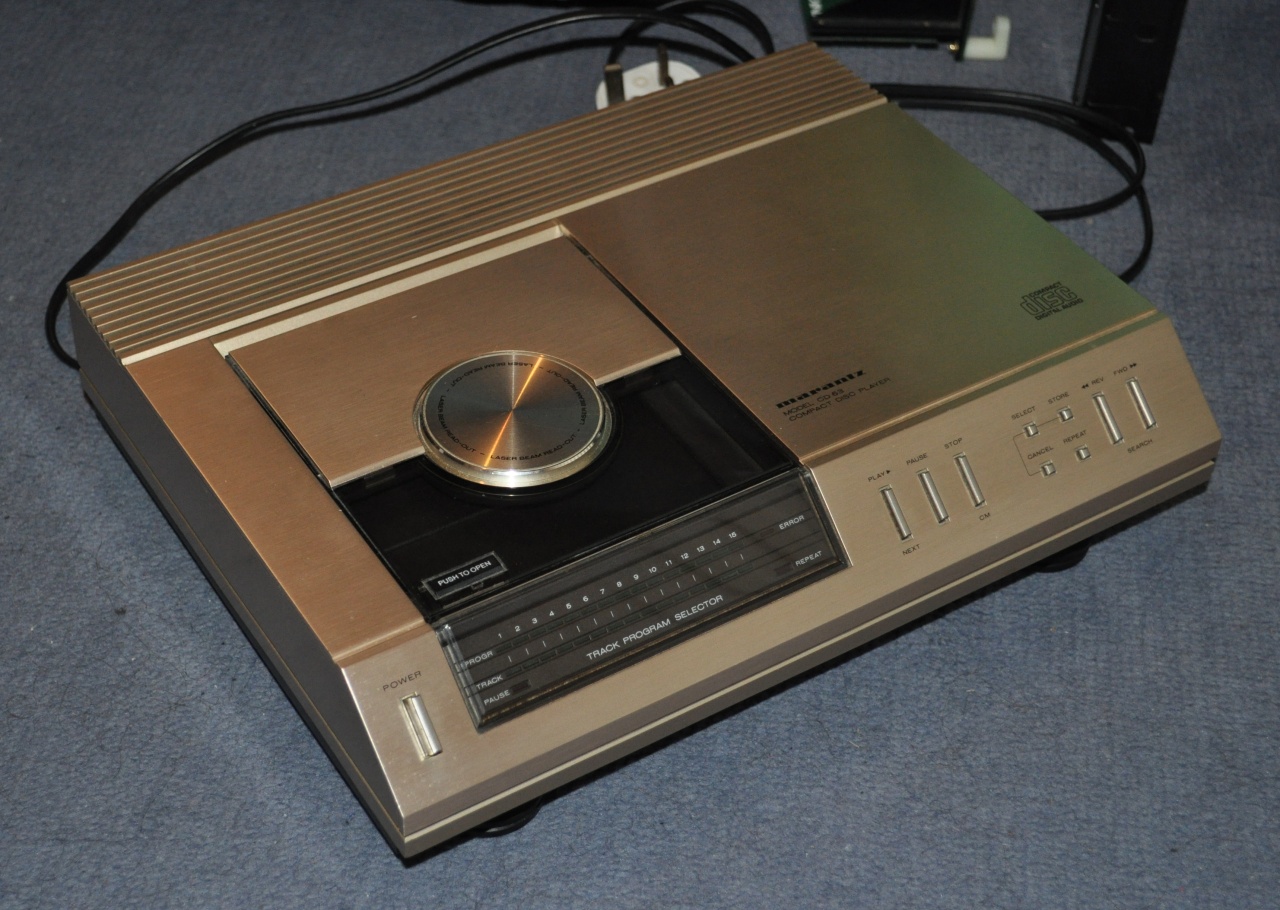 This one was just very dusty, it had been living on a shelf which you can’t even reach due to a cockpit size Sega Turbo being parked in the way.  Initially it was reluctant to come back to life, some of the dust really had stuck fast to the lens but after hitting it a few times with alcohol it was happy again.  Additionally before I even bought it, the power switch was a bit loose – due to a plastic guide which is just stuck on with double sided tape (from the factory – pretty sad for what was a very expensive high end item), the tape had given up.  So now that’s all fixed too and playing just fine.  It’s actually got a slightly different laser unit to the black one which I suspect from the types of potentiometer used is older, and the unit is slightly slower to scan tracks.  This is how long CD players really used to take to skip between tracks….

Of course it’s hard to tell from these really badly shot phone videos, but both machines have a spot on L/R balance (can be an issue since they use separate analogue circuits for each channel) and they sound better than the modern low-end hi-fi CD player in my girlfriends setup. Not by a small amount, but a huge amount – on headphones you can tell straight away.

And that’s why vintage hi-fi is so expensive these days, things often weren’t really built to a budget, they were built to an ideal and when properly serviced they can still keep up with the offerings of today. I wish I had space for a full setup, I’d probably keep the 63T but ultimately they’re both going up for sale rather than having them languish in storage any longer.