As a special bonus this time, none of these games contain any naked women, or indeed any at all.  Actually since I’m planning to do a proper video capture of it and it’s something I’ve just had repaired by a specialist in old games (Andy Welburn), not pictured is an Invaders Revenge kit installed on a Moon Base PCB.

Xain D’Sleena – I liked the ports of this on home computers, the arcade revision is better but also MUCH harder and suffers from slowdown which is something Technos really seemed to have trouble with.  Nice condition board too, hard to find this one in tidy condition. 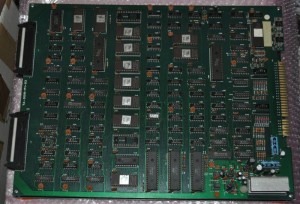 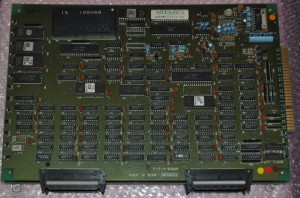 Task Force Harrier – another for the UPL collection but this was actually developed by NMK so happily fits there too.  It’s so-so, a few good ideas and unusual music but ultimately forgettable which is why I waited until I saw a cheap one in the UK instead of importing. 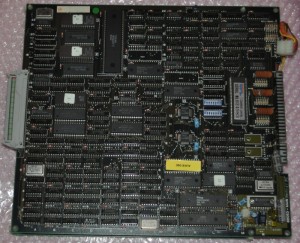 Heavy Unit – interesting one this, there’s a hack with two ROMs soldered together and toggled by controlling the output enable pin – but it’s like that from the factory.  Also virtually none of the ROM labels line up with anything in MAME, this is potentially a very early (prototype) or very late board. 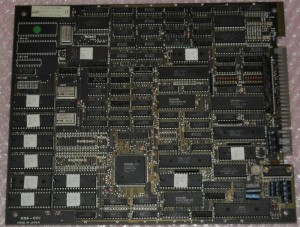 Flying Tiger – another for the Dooyong collection, this is a revision which wasn’t in MAME (I’ve sent them the dumps already).  It’s one of their better shooters from when they started trying to clone Toaplan. 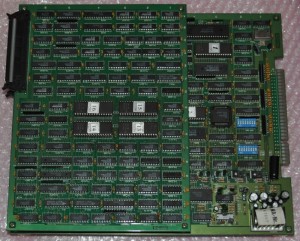 Double Wings – pretty good Raiden clone by Mitchell, and very rare in original form, the ones coming up on ebay repeatedly are Korean ones of questionable standing. 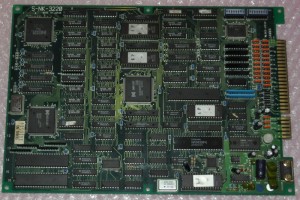 Crime City – I bought this one sold as faulty, took 20 minutes or so to fix, just a bad capacitor and a dead sound RAM.  It’s like Rolling Thunder but not as fun, or as pretty, or as nice to listen to.  In fact SuNA did a better job with Super Ranger despite that being unfinished and riddled with bugs, it was still a bit more enjoyable.  I just wanted something to fix. 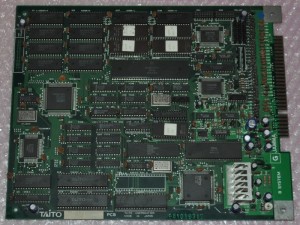 Air Buster – already had this but it was cheap and I wanted to swap a few of the chips around to make mine look nicer, but in the end I realised the ones on mine aren’t that bad so I’ll probably just resell this, or hoard it until the end of time because it’s a game I really enjoy. 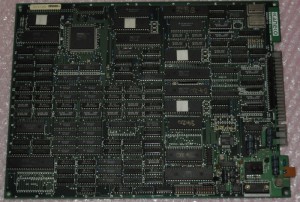