Next up in the list of weird old junk I liberated from under the stairs, is a ‘Super Joy III’.  It’s a TV game joypad in the shape of a N64 pad, but instead of running N64 games which would be bad enough, it’s running NES ones.  So you’re playing NES games on a cheap clone of a N64 pad – doesn’t get much more ghetto than this. 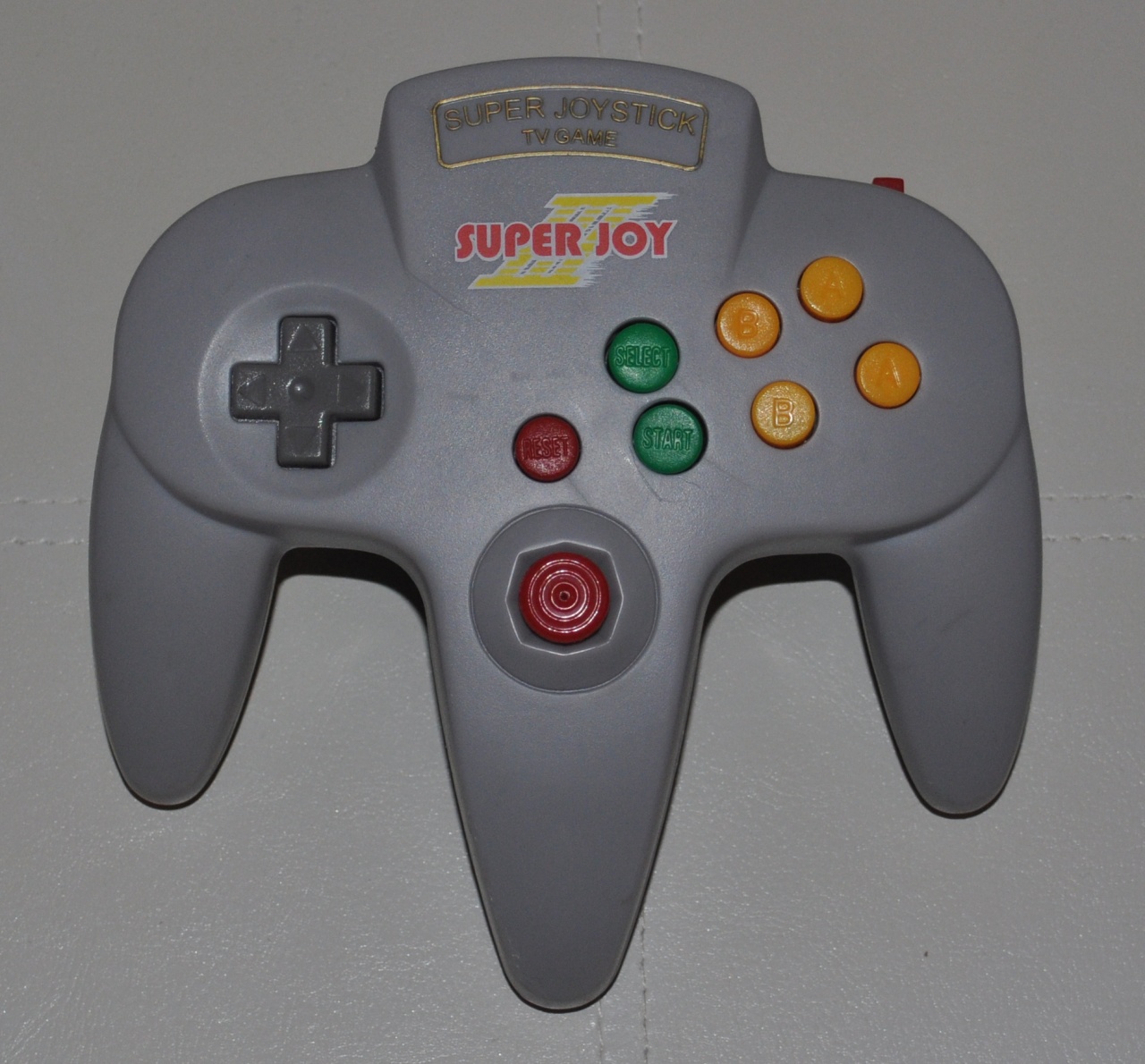 There are 76,000 games on it – of course in reality there are about 30 (maybe more, I lost track) and they start repeating in a random order.  Why you would do this is beyond me.  The games seem to run OK aside from the speed (it’s PAL – did PAL NES suffer this too?) but the video output quality is pretty poor over composite, there’s an AV port but I don’t know what the pinout is – I just know it’s not the same as a Megadrive despite being the same connector.  Maybe there’s a S-Video or RGB feed to be had, I’ll look into it.

It’s too weird to throw away and too worthless to sell, so I’m keeping it for those times when getting out the Contra PCB is just too much effort.  Actually the Salamander port isn’t bad too all things considered.  Here’s a direct capture, quality not great as done via a DVD recorder.