A couple more things arrived including some I’ve not bothered photographing. However, two of these I bought purely for the artwork and I’m really happy with the condition the art came in! 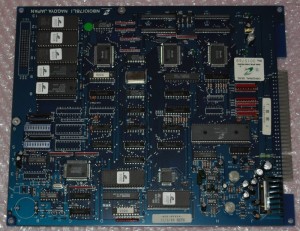 Rong Rong artwork – unexpected bonus!  It wasn’t advertised as having art, I assumed it would be the normal ‘throwing copied art in because’ approach so popular with Japanese retailers, but it’s all original! 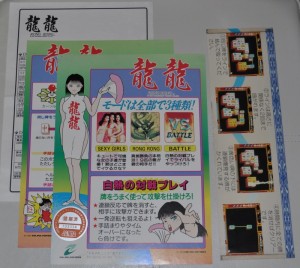 Dragon Saber – bought this just for the manuals, already got a mint condition PCB.  Really. 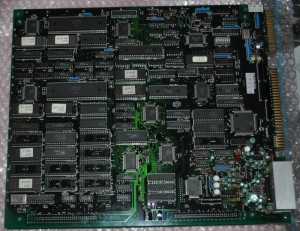 Dragon Saber artwork – everything here bar the flyer, which I already had.  Interesting set this too because normally Namco instruction cards have a license sticker on the second card.  This set has no license sticker at all, I was sure it would turn out to be copied but nope – one was just never stuck on there making it exceptionally rare. 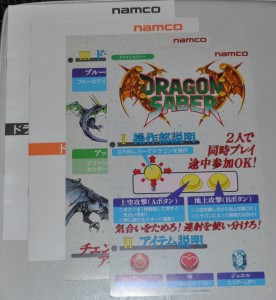 Rolling Thunder 2 – bought this just because it came with artwork, from Try.  It would be nice if they tested their PCBs properly as it arrived with a sound fault due to a faulty capacitor, took a while to find!  In fact I suspect either the shop or a previous owner knew – strangely if you turned the volume way up it was fine, anything under half way hissed and crackled.  Someone had already worked on it reflowing the amp and pots to no avail. 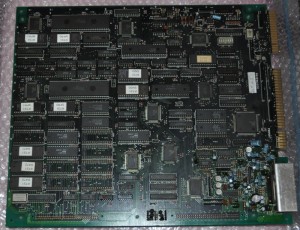 Rolling Thunder 2 artwork – everything here bar the flyer, which I already had. 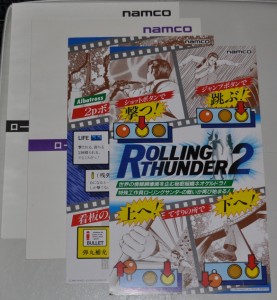 Fantasy Land – now this is a weird thing, Italian (I think) company Electronic Devices made their own version of Legend Of Hero Tonma.  It’s actually not too bad either although the graphics are a bit flat looking so sometimes you jump into a tree thinking it’s something in the background, and stop dead. 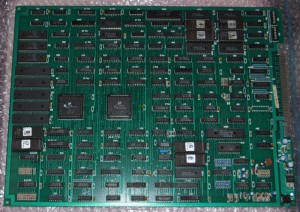