Couple of things, nothing much this time.

Play Girls – not a great Breakout game (it’s too hard) with hand drawn stripping girls.  At least the board is small so it doesn’t take up much space, and it was cheap. 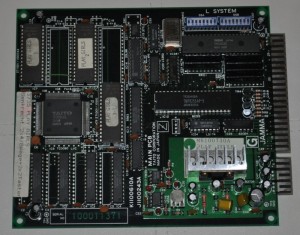 Lady Killer – Electronic Devices license, I’ve dumped the ROMs to submit.  This was the subject of my repair log entry a few days ago. 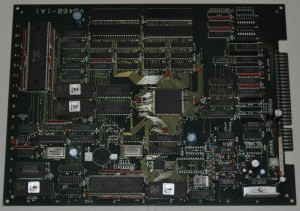 The Karate Tournament – reminds me of IK+ just a tiny bit from 8 bit computers of old.  It’s not brilliant to be honest but was very cheap.  I’d hoped to discover a new ROM version but it turned out to be the standard set.  Interesting that it’s ALMOST identical to the Lady Killer board above, but with a few track changes despite the board ID being the same.  The larger LK type has the same board ID too, kind of useless detail when they just stamp it on everything. 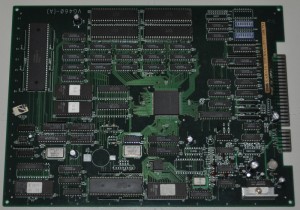 Invaders Revenge – wanted to get a photo of the whole thing together.  These were sold as upgrade kits for Space Invaders boards, but this one is rather unique in that it was hacked onto a colour Moon Alien and into black & white at the same time.  Weird.  Andy Welburn repaired it and put it back to standard for me.  Whole sound section is replaced with that audio box. 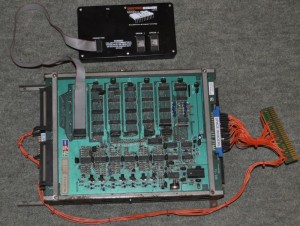 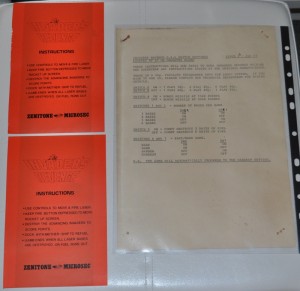