From time to time, you’ll come across ‘problem’ parts – like the Jaleco ROMs in my last post.  Another long standing pain in the neck are 28 pin 1mbit mask devices used primarily by Konami and Namco.

Now with Namco on System 1 games, they were at least nice enough to fit sockets large enough for 32 pin chips (27C1000) and set the board up so that you can use either.  Konami were not so helpful, the first one I ever encountered was on a Jackal, and to dump them you have to make an ugly socket based adapter.  To go the other way around and actually use a 32 pin chip in the socket, you needed to bend some legs around and so on, even assuming you have space.

Having just bought a revision L Life Force to dump (turns out it’s actually not a new thing, just a different label…), I decided I’d like to use it as a Japan version Life Force, which ditches the normal Salamander weapon pickups in favour of the Gradius system of upgrade pods and a selector.  Only problem is, you have to change two of these 28 pin ROMs in 18B and 18C, and the sockets are fairly close together leaving little space for anything larger.

So I decided it was time to get rid of this problem for good, not being able to make same-size replacement parts is a pain.  The only way I could see of doing this was to use a 1mbit flash ROM on an adapter board.  I settled on the TSOP32 format (pro-tip – it seems there are long and short versions!) and bought some A29010AV flash ROMs from ebay.  With the correct adapter you can read and write these on anything supporting 32 pin flash ROMs, to make sure you get the right size look for one where the ZIF socket is as long as the 32 pins.

It was also time for some Eagle CAD again…. 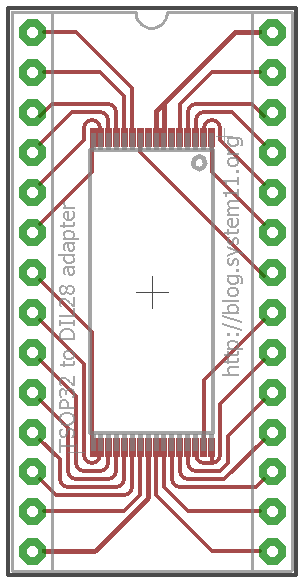 You can buy these from OHS Park now (and download the Eagle file):

So when you have your programmed chip (do remember to do this first, there’s no going back!), the PCB and some pin strips for legs, it’s time to assemble your new device.  Thinking about it, it might be nice to add a couple of pins to this design and create an adapter allowing you to treat the whole finished stack as a standard flash ROM.  Maybe a project for another day, but right now this is what it looks like: 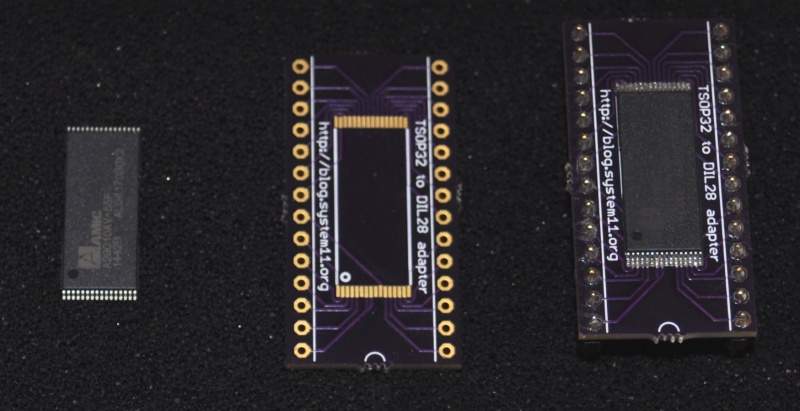 I went with gold turned pin strips because they’ve got the thinnest legs and I didn’t want to damage the Konami sockets which are designed for chip legs.  Here’s the worlds cleanest Japanese Life Force conversion: 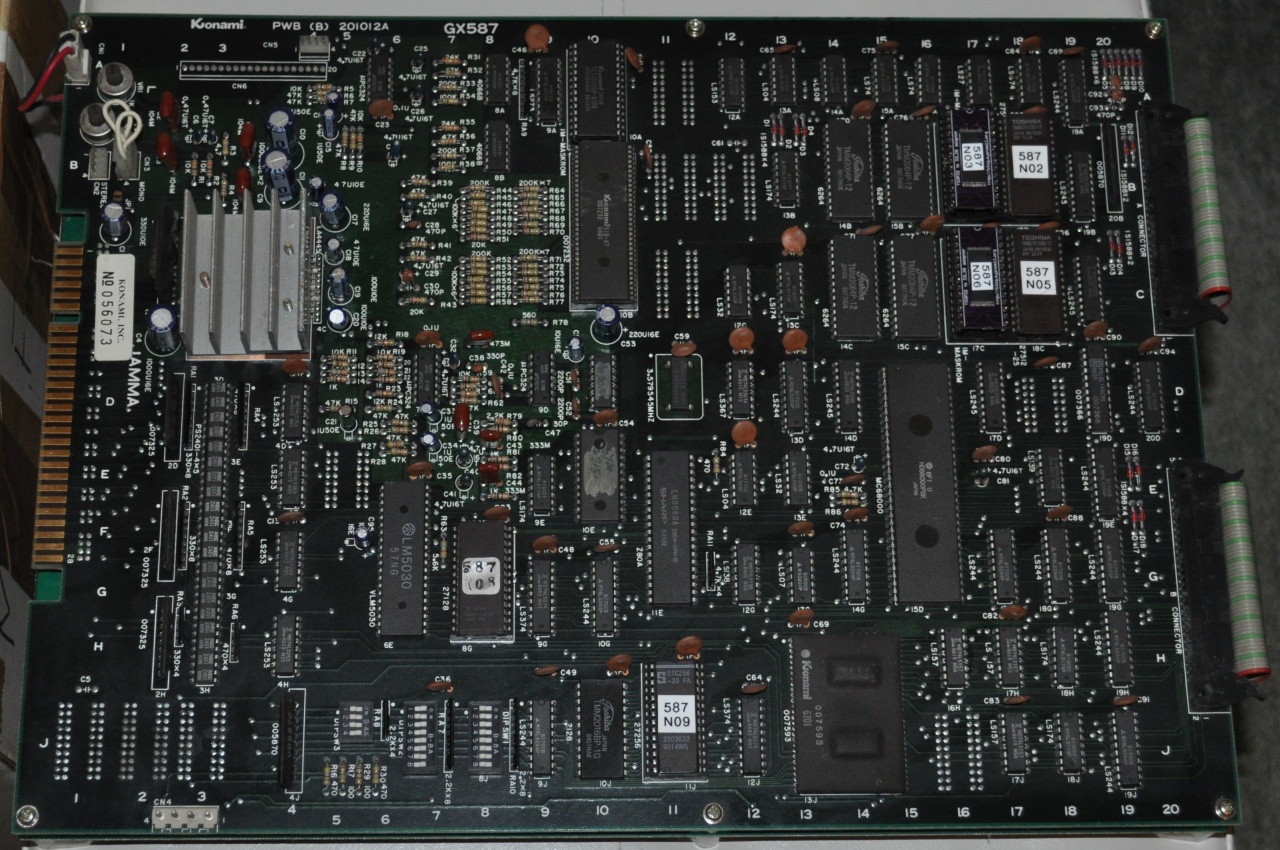 So that’s one less problem part to deal with, dead 28 pin 1mbit chips no longer an issue.  By the way, if you do this – PLEASE KEEP YOUR ORIGINAL CHIPS.  Don’t be a cheap lazy vandal and pull the labels off and re-burn them.  Don’t throw the original mask ones away.  Carefully store them in an antistatic container and keep them in a safe place, preservation matters and it maintains the value of your games.