Picked up some more PCBs over the past month, a couple of interesting ones in this batch.

WWF Wrestlefest – from back when Hogan was the main event and before WWF changed their name rather than go up in a poorly advised legal battle with the World Wildlife Foundation.  It’s an advancement on the first game, but… 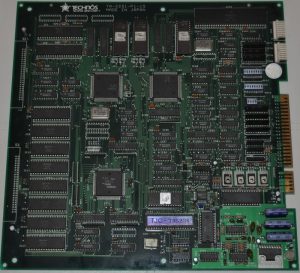 WWF Superstars – I actually prefer this earlier game.  Not sure why, it has fewer moves but it does seem easier to play somehow and I appreciate the smaller sprites which give you space to play around.  This is a Japanese one, I got it and the above in a trade with minor faults, they’re both 100% now. 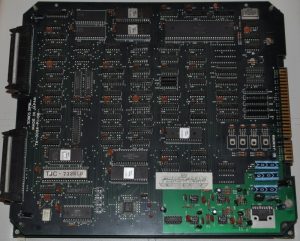 Mahjong Vanilla Syndrome – who doesn’t like bunny girls?  Guy wandering in the woods finds a Nichibutsu door, and falls into a world of doors and demons, with Vanilla the bunny girl gatekeeper to play Mahjong against.  I really love this one, the character design is great and the music is really catchy.  It wasn’t that uncommon but seems really hard to find now, very pleased! 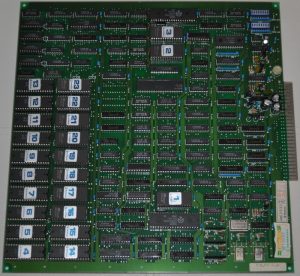 Teenage Mutant Hero Turtles – bought cheap on ebay with significant RAM faults.  Turned out to be an easy fix although there’s an intermittent  boot test failure left to track down which doesn’t appear to affect the game in any way.  I’ve made a set of JP 2P roms to replace the UK 4P ones.  Much better game than the sequel. 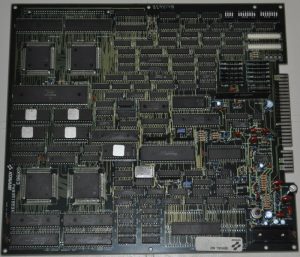 Scandal Mahjong – it’s like a “create your waifu” game.  Pick the location, the girl and the type of underwear in each round.  What they’ve done is paste heads on top of location dependant bodies though, and some of the end results look like they’ve been in a car crash.  Great music though, something different. 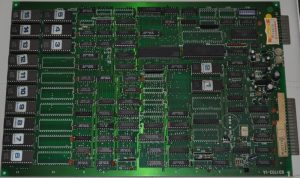 Super Real Mahjong VS – Seta Aleck64 cart + adapter, this is an unusual game in that you only face the girls for a single round – I’ve yet to beat three in a row as it suddenly ranks up…  Get a really good score and other opponents can jump in.  It’s pretty decent, very nice graphics. 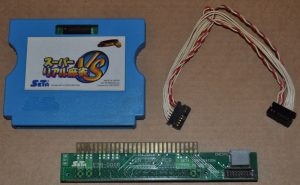 New Janshi – pretty standard Mahjong game from Eagle, unusually from them not a betting type.  I bought this to dump it, music is nice at least and the tiles are easy to read. 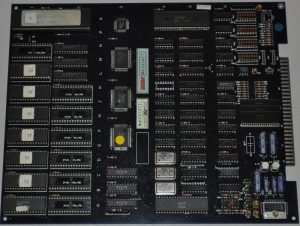 Mahjong Kaguyahime Sono2 – it was cheap and came with matched serial art, and since I was buying New Janshi above, I decided to pick it up.  Actually both of these boards had been plugged into a bad loom (perhaps even a JAMMA one), end result?  Every single tantalum capacitor on both games had exploded.  Seller sold them as working even though it nuked the sound on New Janshi. 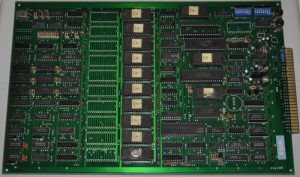 House Mannequin – not much to say, epic find of a unique LCD based arcade Mahjong, you can read the full story here: Nichibutsu and LCD Mahjong – House Mannequin 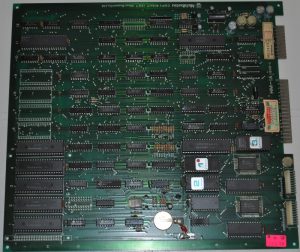 Higurashi No Naku Koro Ni Jong – or as it’s also known, Higurashi Jan.  Interesting cart system known as the System Board Y2, the game is a really brilliant anime inspired Mahjong, with the hero having to rescue possessed girls.  It’s actually not lewd in the main mode at all, and only suggestive in the bonus VS game.  Production values are off the charts and the music is incredible.  While the arcade release is incredibly rare, it was ported and expanded to the PSP and even a brand new box set release won’t set you back more than $80, with used game only coming in for far less.  Highly recommended, if only for the game over countdown sequence. 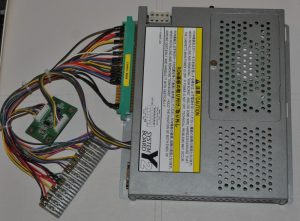 Biomechanical Toy – been after this for a while, this is the older version with different music (not correctly emulated in MAME yet due to a lack of sample ROM dumps).  Strangely the old version runs at 60fps with lots of slowdown instead of locked 30 as in the newer revision.  It’s a run & gun platformer with unique European style, another highly recommended game. 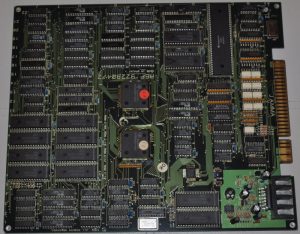 Batman – yes, the Atari one.  What can be said about this?  It’s janky in the way most modern Atari games were, it has a huge difficulty spike in the third level, collision detection is suspect and graphical glitches are normal.  It’s also Batman, and I just love Batman. 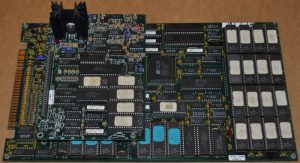