Another obscene pile of PCBs has turned up, and some artwork too this time.

Star Fighter – yes a second one, I love this silly SuNA shooter.  Interestingly arrived with a wire hack between two ROMs from the factory, reason was the socket had never been fitted properly and one pin was bent over instead of through the PCB.  I’ve fixed it properly but it’s an example of a factory repair.  The oversize 6116 is not factory, that’s just a lazy person abusing the extra masking positions.. 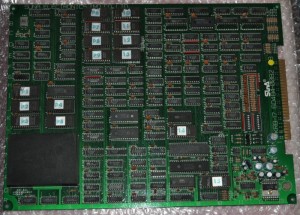 Pink Sweets – actually a full and almost mint kit, for some reason a shop or previous owner has pinned the POP up.  Vandals.  Shame as it’s otherwise complete and perfect. 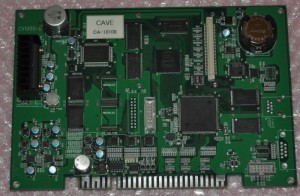 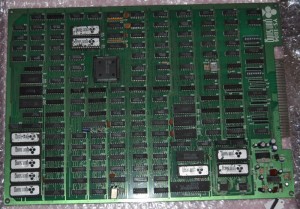 Hidden Catch – I need to check the ROMs on this one, it’s got a different layout of chips to the one I already had.  Only bought this as it was a two patch with Hidden Catch 2. 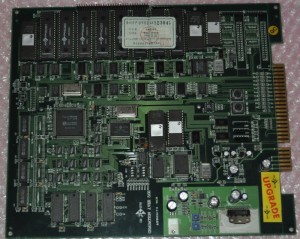 Paradise – the earlier version of Yun Sungs pretty poor Gals Panic clone.  Looks bootleggy but I suspect it’s real as every photo I can find looks exactly like this one. 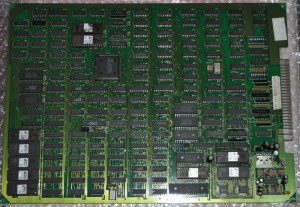 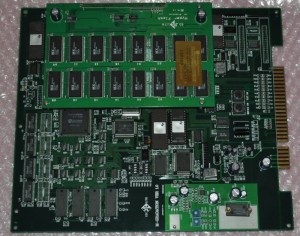 Guardians – a proper Japanese one 🙂  Loads of Korean ones floating about but this one somehow went unnoticed on ebay among them – you can spot them by the heatsink on the amplifier and the 2 sub-boards. 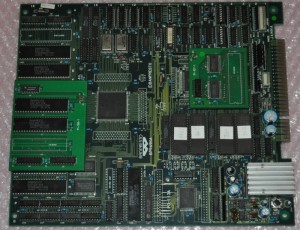 Funny Bubble – Comad collecting getting closer and closer to completion, I think 2 are left to find, I actually have them but one has a minor fault and one is very dead.  It’s a clone of Puzz-Loop. 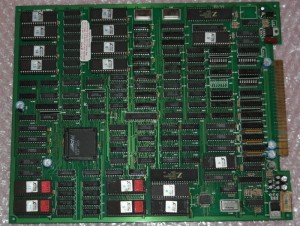 Disco Boy – strange shootemup with women in the background.  What’s interesting about this one is the very obviously original ROM labels, and it plays very differently from the version in MAME, so I need to dump this.  Also terrible picture output and only works on one of my cabinets!  They’re running the picture straight off TTL chips with no pullup/down. 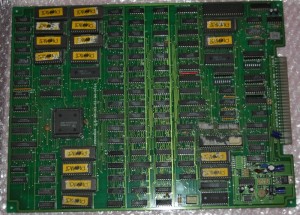 Dead Or Alive++ – brilliant revision to the original DOA which features gameplay a bit closer to DOA2 and the extra characters from the Playstation port.  It’s also interlace so you can actually play it without a high res cab unlike the original (giant) model 2 game.  And it’s cheap, highly recommended. 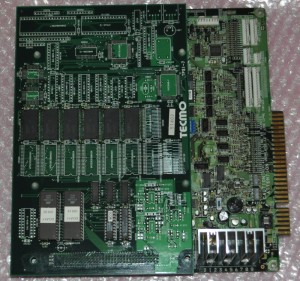 Tiger Road / Yie Ar Kung-Fu art – not sure if the YAKF ones are original, never seen any before.  One of the Tiger Road cards has annoying duct tape residue on it, hard to shift without damaging it – afraid to try really strong solvents. 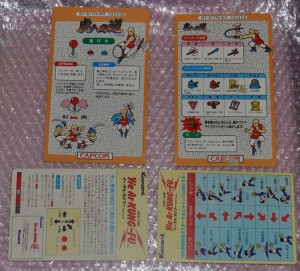 Shao-Lins Road / Circus Charlie art – I actually have the other card for the SLR set, very happy to find this.  Hard to tell from the photos but these aren’t too far off A4 size, Konami made really great art back in the day. 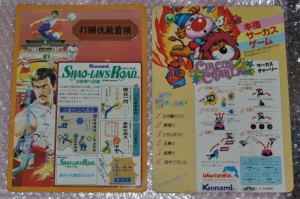 Finalizer art – I was missing the second card for this game, score! 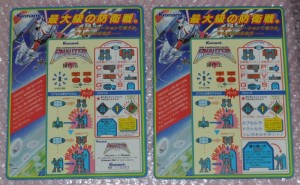 Crime Fighters art – never seen this available before, it’s mint and I’m really happy to have it as this is one of my favourite arcade games of all time. 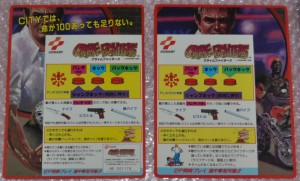 Crime Fighters 2 / Vigilante art – I already had the first card in the Vigilante set so was pleased to find this one to go with it!

Trigon art – absolutely mint condition, this one was NOT cheap. 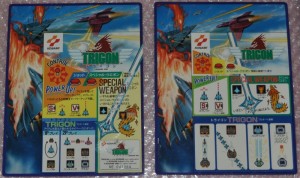 Gaplus art – but this pair made Trigon look cheap, I really had to fight with Japanese bidders over them, really love these old shaped Namco instruction cards. 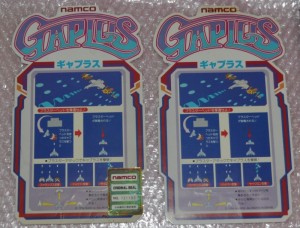