I’ve been a bit lazy with updates recently, although actually it’s due to my old wrist problems coming back 🙁

Age Of Heroes – sequel to Legend Of Silkroad, it’s not too bad really, graphically rough again. 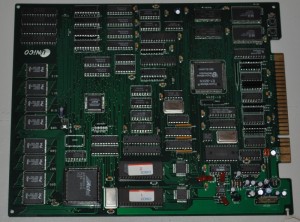 Bloody Wolf – didn’t realise there was a US one until I bought this, will be selling it on.. 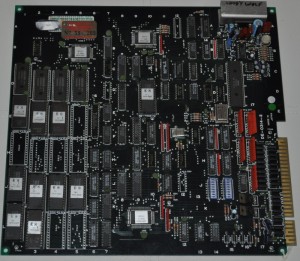 Bouncing Balls – previously undumped adult version which seems more finished than the one in MAME. 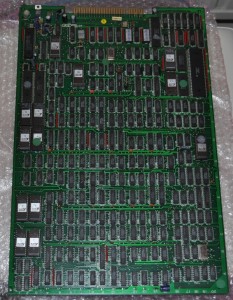 Exerizer – finally caved in and bought the one which had been on ebay for ages, originals of this are hard to find.  Bootleg for sale now. 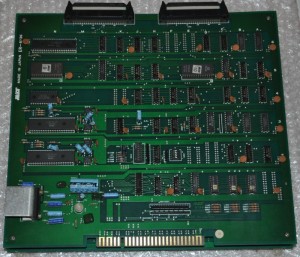 Dyger – a Korean version, not sure which of mine to keep now. 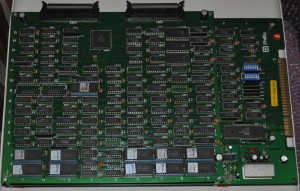 Gun Frontier – stupid Japanese F2 version, came with original artwork.  Seriously JP F2 is one of the worst designs of all time – heatsink/amp are on the bottom, upside down. 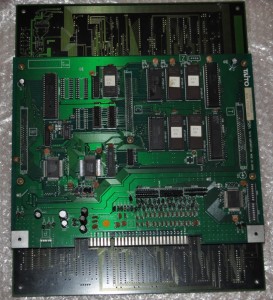 Glass – weird adult shooting thing from Gaelco.  Shame it seems to have a suicide battery, World Rally can be revived, wonder if it goes for this game too? 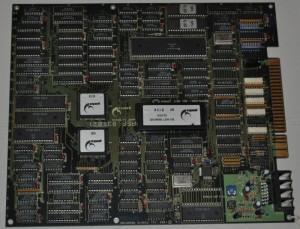 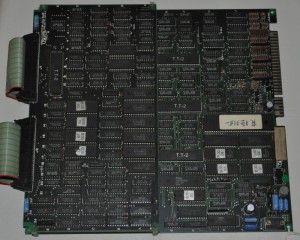 Hard Head – another HH bootleg for my SuNA desuicide studies. 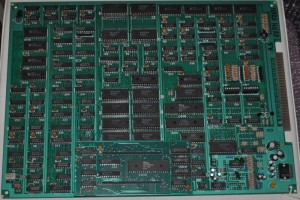 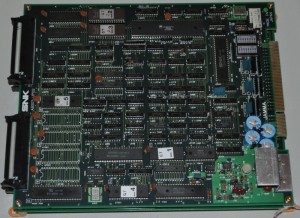 Maya – turned out that my other one was undumped, after dumping this! 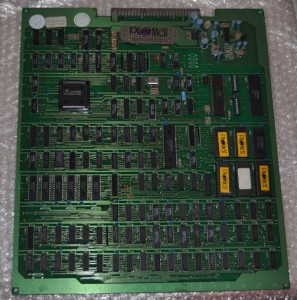 Star Fighter – because you can never have too many of the best shmup of all time.  Need to dump this, odd that the labels aren’t normal SuNA ones. 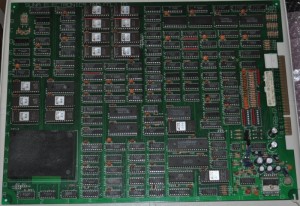 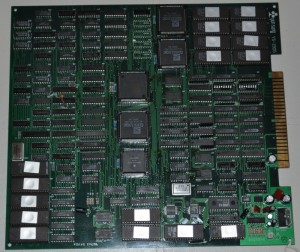 Takeda Shingen – real rarity – Jaleco romboard kit (+PROM) in the original box.  Extremely rare in any form and allowed me to verify some odd graphical effects that MAME doesn’t support. 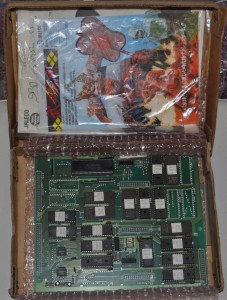 TMNT: Turtles In Time – wasn’t too expensive, found the back covered with track repair wire.  I’ll probably just sell this on at cost, I don’t really enjoy it as much as the first. 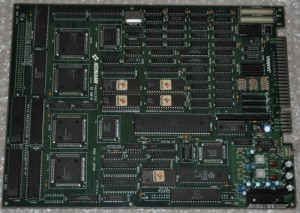 XESS – for lack of a better name.  It’s a Semicom 3-in-1 board which may or may not be legitimate. 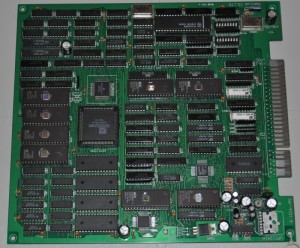