I picked up a Miss World ’99 by Eolith which arrived today.  I was honestly expecting this to be an alternate name for Landmaker, but …. 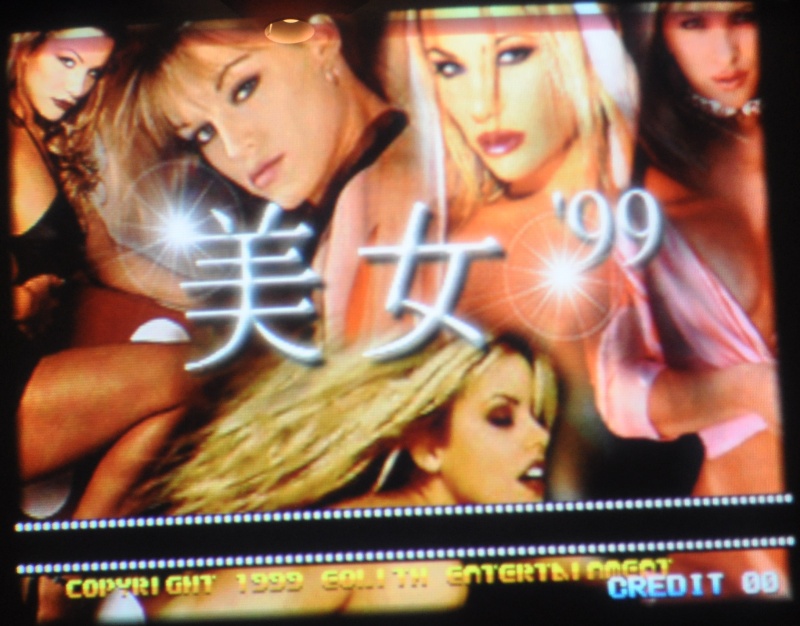 Allegedly this says Miss World..  Not being able to read Chinese (at least I think it’s that), I’m not sure.  It turns out to be a sliding puzzle sort of thing, you can push rows and columns to line the tiles up.  There are various modes but I’ve only tried the normal one at the moment.  Beat the round to see a picture of a girl, very soft pictures in this one.  It’s ok enough, nothing spectacular. 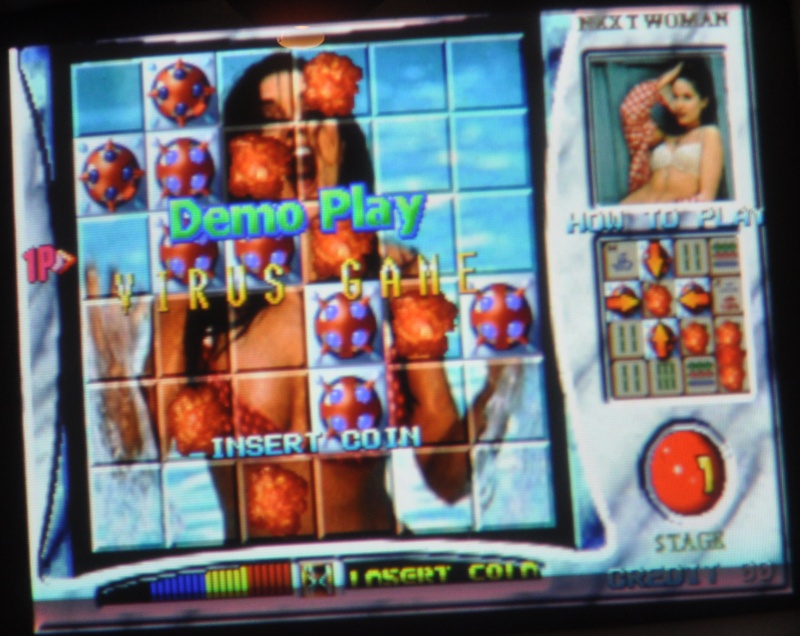 Virus mode looks to be more involved, I’ll try that tomorrow.  Looks like you have to surround the cells?  PCB is a typical Gradiation system used on a lot of Eolith games, looks like this: 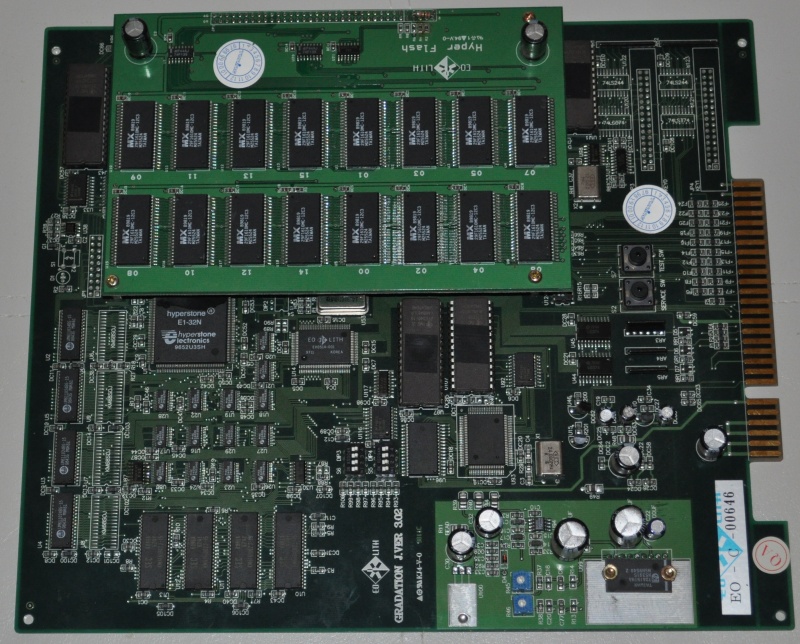