I’d really wanted to post an interesting repair article next, but I’m still waiting on the parts, so here are some PCBs again.

Super Locomotive – they made 35 of this game allegedly way back in the early 80s.  Not sure I believe that number personally, impossible to say now.  It’s extremely hard due to the need to focus on two play areas, and this one arrived not booting despite the absurd price.  Thankfully it was just the legs on some PROMs needed cleaning.  The legs usually fall off them (easy to replace) but they’re in good condition on this example. 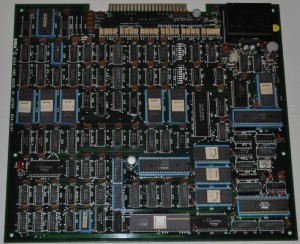 Puzzlet – it’s another anime chick puzzle pieces game.  Actually I say another, but I can only think of one more (Ribbon AKA Penfan Girls).   It’s not bad really, tiny board. 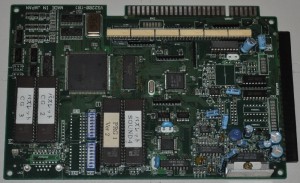 Niyanpai – yeah I screwed up here.  It’s a tile matching game (naturally with anime girls) by Nichibutsu, and it’s actually pretty good.  There’s also a Hanafuda game of a similar name but I did manage to buy the right one.  What I hadn’t paid attention to is that it’s a higher res game with a Mahjong pinout and I have no adapter… 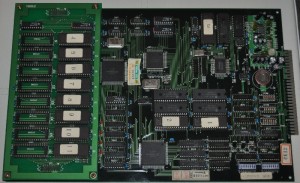 Onna Sansirou – one of the oldest 1 on 1 fighting games, certainly the first with a female character, and I think the first with a throw system.  It’s quite unusual to play but cute in it’s own way.  Really nice condition PCB given the age too. 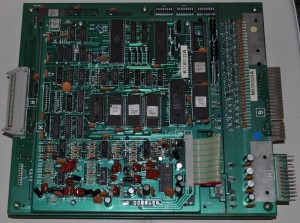 Night Raid – seems better in videos than it feels to play unfortunately, there are visibility problems going on which is a shame as I usually like Takumi games. 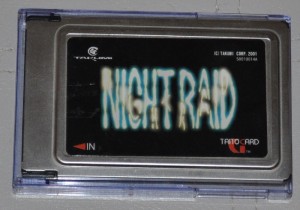 Led Storm Rally 2011 – yeah don’t even ask how I now own two of these.  My other one is a bit unreliable and I’m not sure how long it will last, so I picked this up too.  There are probably only a handful of Rally 2011 version boards around, despite owning 2 regions one of these is US (serial 00006) and the other is EU (serial 00009).  It probably doesn’t go much higher, these were location tests I think, all of them. 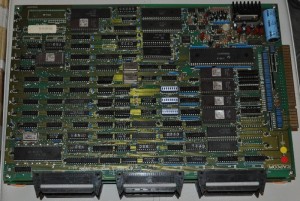 Janpai Puzzle Choukou – this one is really cool, it’s a tile matcher from Mitchell (obviously with girls), but the whole tile grid moves during play which can really pile the pressure on.  It’s got a feudal Japan style theme to it too, I like this one a lot. 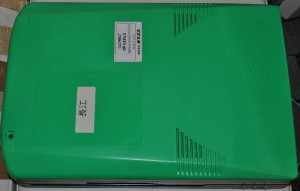 Choutoki Meikyuu Legion – super rare Japanese version of Legion, sadly this one does have a sound issue – if nothing is playing there’s a buzzing noise.  Pretty common on many PCBs but this is much louder than normal, I’ve tried replacing all the capacitors so far.  They weren’t in great shape anyway due to the way these boards fit together, all shiny new Panasonics now.  Great late Nichibutsu music! 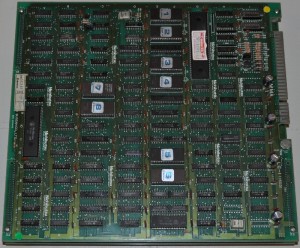 Image Fight – interesting board and a good game.  This one was definitely an R-Type with an Image Fight C board kit fitted rather than an R-Type board being used to repair.  You can tell from that sticker on the C board along the edge, the kits came with a serial sticker to apply, the full sets sold didn’t have this sticker.  I only bought this because I wanted the POP, it’s up for sale now. 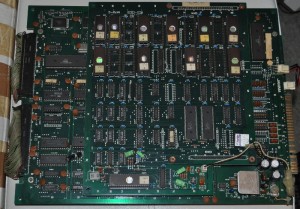 Cannon Ball – bought to replace my rough condition one, when I saw the underside I found a battery had been leaking onto it, two chips horribly corroded on the solder side, it took nearly an hour to get the solder to flow enough to remove the pins from them, then I had to sand away some of the green mask over the tracks to clean those up.  It’s looking decent now and working perfectly, shame though.  Still better than my old one. 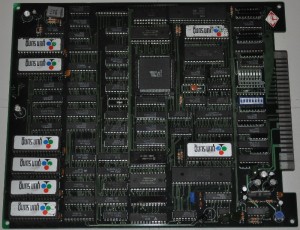 Born To Fight – there’s one thing I really love about arcade collecting despite the ridiculously cramped house you end up with, and that’s discovering weird stuff you’ve never seen before.  This is dumped but I only found out it existed when I saw the auction – it’s a terrible European clone of Operation Wolf which supports joystick input, gun and trackball!  Just when you think you’ve seen everything a horror like this appears.  It’s huge too, weighs about as much as one of the tanks in it. 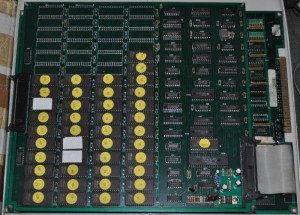