A couple of things I’d been looking for turned up, one has been high on the hit list for a very long time.  I’ve been a little lazy about posting them as these arrived a while ago, but here you go..  Actually I have another post to come but it’s all Mahjong games, just waiting for a couple more to arrive. 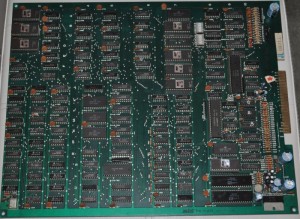 BC Story – fun little multi event sports game, being Semicom it’s one of those few Korean games which isn’t full of partial nudity but is instead a decent stab at a fun game.  I think my favourite of theirs is still Choky Choky, but this is cute & fun too. 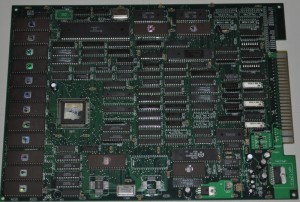 Galaxian – incredibly rare Irem version designed for the Irem cocktail cabinets which existed in Japan at the time.  It actually uses Irem pinout and standard voltages too, so you don’t need to modify this to use it in a JAMMA cabinet, just an adapter.  Very, very happy to have obtained this at last!