Bits & bobs with one epic resurrection.

Puzzle Yatnori – I’ve had this one in the broken pile for over a year, only just thought to dump it a few days ago and we found it’s a known undumped puzzle game from Korea.  Not sure if it will be made to run, there’s a protected PIC on there and the game fails protection checks last I heard from Haze. 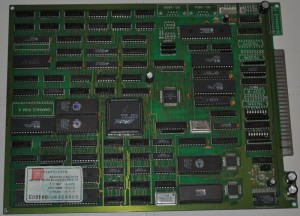 Mahjong Sisters – Toaplan actually made a Mahjong game too, it’s brutally difficult and didn’t come with the manual but there are some unknown dips in MAME which seemed to make it behave a bit better.  They’re probably difficulty but a manual needs to be found. 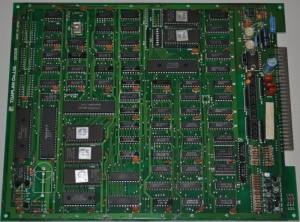 Mahjong Senpu – simplistic betting game with an interesting feature where you can swap hands with the AI mid round (5 times per game).  This has been dumped to go into MAME now, only reason I bought it. 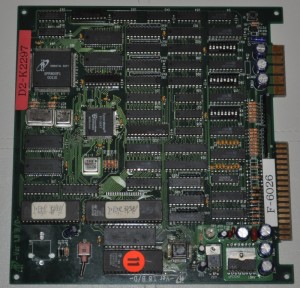 Mahjong Hana No Momoko Gumi – strange ‘side game’ related to Mahjong Shikaku, extremely rare and the subject of a bitter bidding war, despite broken sound.  The volume control had shorted causing the amp to output at max, which blew the amp after cooking nearby capacitors.  It turns out Triple Wars wasn’t the first game to use a ‘choose your hero’ approach to power ups. 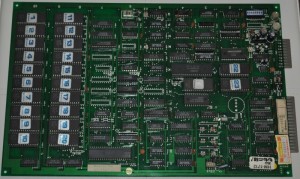 Mahjong Clinic – fairly standard Homedata game, it’s got really cute ‘hand drawn’ art though and starting with 2 credits gives you a mode where you and the AI start with a large pool of points and play many rounds.  Winning shows all the picture transitions for the opponent at once. 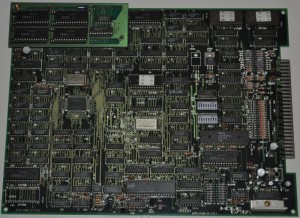 Mahjong 4P Simasyo – another Sphinx label game from Nichibutsu meaning more adult content (photos in this case).  It’s typically well produced but the thing that makes it stand out is a 4p mode you have to go through before you can pick an opponent for typical vs play. 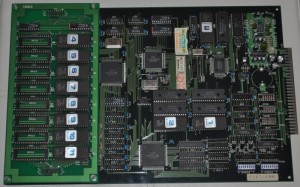 Baryon – been on the repair bench for a long, long time….  Absurdly rare and really good shooter from Semicom.  I fixed it finally and have been playing it on my New Net City most of the week.  If anyone can work out how you cause more gems to fall from the large enemies please let me know – seems random to me at the moment. 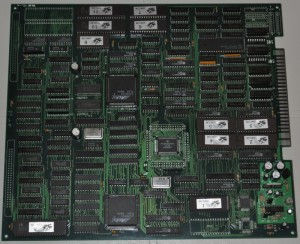