As discussed in other articles, the TourVision system is just a PC engine automation platform & interface.  The RGB output of PC Engine consoles is rather low, especially compared to JAMMA standards, and as such the motherboard implements a video amp circuit.

If you have failed, dim, or out of balance colours, this is the usual culprit.  It uses a bunch of BC547A transistors (or equivalents / similar models) and it’s these which are responsible for the variance in motherboards.  From left to right (vertical pairs) in the picture below you can see SBGR in that order. 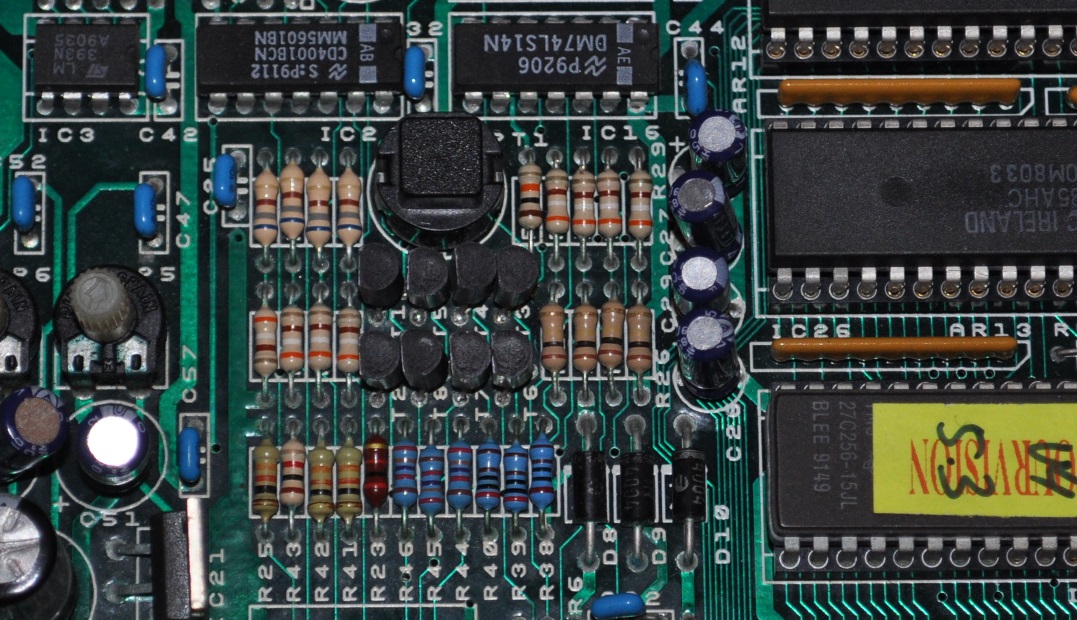 If you replace any of the colour ones due to failure, you’re going to need to do all six or you will end up with colour balance problems which will be especially noticeable when brightness/contrast are turned down.  The reason is even where identical parts are being used, the new ones will vastly outperform the old.  Philips BC547A with the silver front face seem to be excellent choices.