I’ve really slowed down on PCBs now – looking to slim the collection if anything.  As such these updates have been infrequent and I’ve been saving them up to put in one post.

Pac Gal – not counting Pacmania, can you believe this is my only Pac-Man clone?  It’s a bootleg of course and I need to dump it as it’s a different copyright to the existing set. 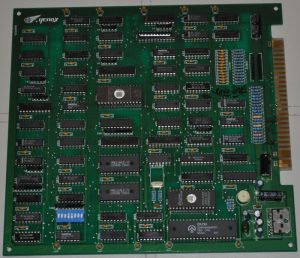 More More Plus – a mini game collection from Semicom, it has the same dark green tint problem as one of their other games, but only on the title screen which is unusual.  I have nearly every Semicom game now. 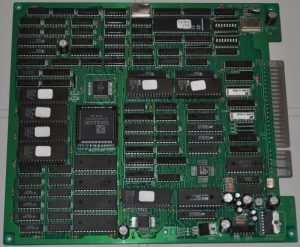 Psycho Soldier – I bought this US board because it was well priced and I needed another one to compare against the Japanese board I’ve had for many years.  If you are ever wondering about the strange pixel thin lines that appear on the left-hand side of the screen on a real PCB, it’s normal and your game hasn’t got a fault.  I’ll probably hold onto this one for a while as it’s one of my favourite games. 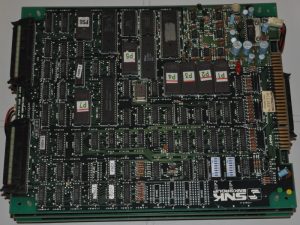 Thunder Blade – I bought this over half a year ago sold as not working and “probably suicided”, since I’ve finally brought the Thunder Blade arcade machine into the house and started restoring it, it seemed a good opportunity to test this.  Sure enough, it really was just suicided (honestly I wasn’t expecting that to be the case) so I’ve replaced the custom CPU and the two encrypted EEPROMs.  It will be kept as a spare as long as I keep the machine. 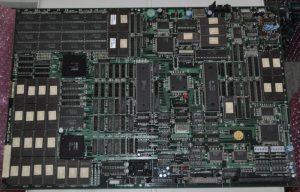 After Burner – I’ve been wanting a backup PCB for my After Burner machine for quite a long time, and managed to sell enough other things to pay for the one which had been on eBay for months.  An unrelated side note on these last two games, if you have the cabinets I would recommend disconnecting  the rumble motor, over time it causes significant damage both to the controller itself and the structure of the cabinet.  It’s a simple two pin connector just inside the coin door on both machines. 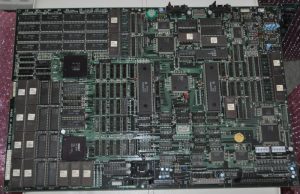 Rolling Thunder – not the cleanest example (an idiot, probably an arcade operator, soldered wires to the connector at some point), but I’d been looking for a well priced Rolling Thunder for years and it works well.  I’m not sure what the sticky yellow foam was for, it will come off but it’s very stubborn. 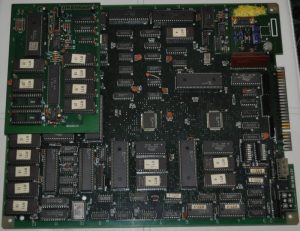 A-Blast – Taiwanese (I think) revision of Penguin Brothers,  I need to dump this one.  It’s quite a good Bubble Bobble style game, but seems to have a difficult sync and only works so far on very forgiving arcade CRTs. 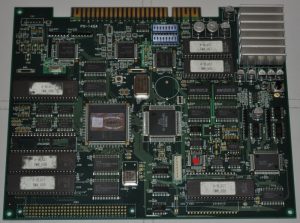 TourVision – Already mentioned this one elsewhere, but I managed to obtain a clean and working integrated version of the V4 motherboard.  Also not pictured were a large collection of boxed cartridges which have all been dumped where required. 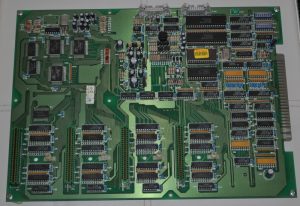 Argus – another rare one ticked off the long-term wanted list.  This was sold to me as untested and someone in the past had tried to repair the audio section and made a complete mess of it.  I had to replace most of the capacitors in that section because even the ones which were correct values had been fitted so poorly that it all just needed redoing.  With these repairs made the sound started working and the amplifier stopped getting as hot as the surface of the sun.  I also removed the adapter which had been soldered to the edge connector and turned it into a proper adapter and fitted a heat sink (not actually standard for this game) taken from a Jaleco parts board. 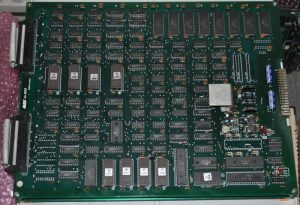 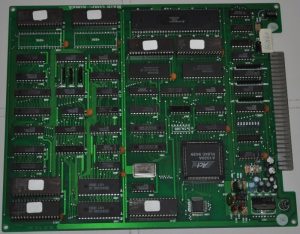 Don Den Lover – see above.  This is actually an Othello game with quite aggressive AI, I haven’t beaten it yet but then I’m not very good at this game to begin with. 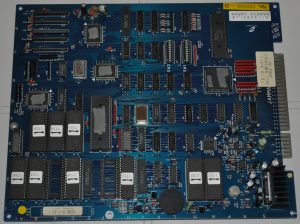