I’ve been dumping a lot of cassette media lately, and I’ve seen this problem enough to consider it a common fault.  On standard computer cassette tapes there is a piece of foam which acts like a tensioner pressing the tape against the read head.  There are two main designs for these, you can see them looking at the bottom of a tape.  This is the most common type, the foam is on a spring metal strip:

And this is the less common and highly problematic type, a thicker piece of foam is stuck to the metal ‘mirror’ at the back.

So let’s dig into why that second type is such a problem – here are two tapes I was unable to get a working dump from.  House Of Usher is ‘uncommon’ and expensive, Salvage is very rare. 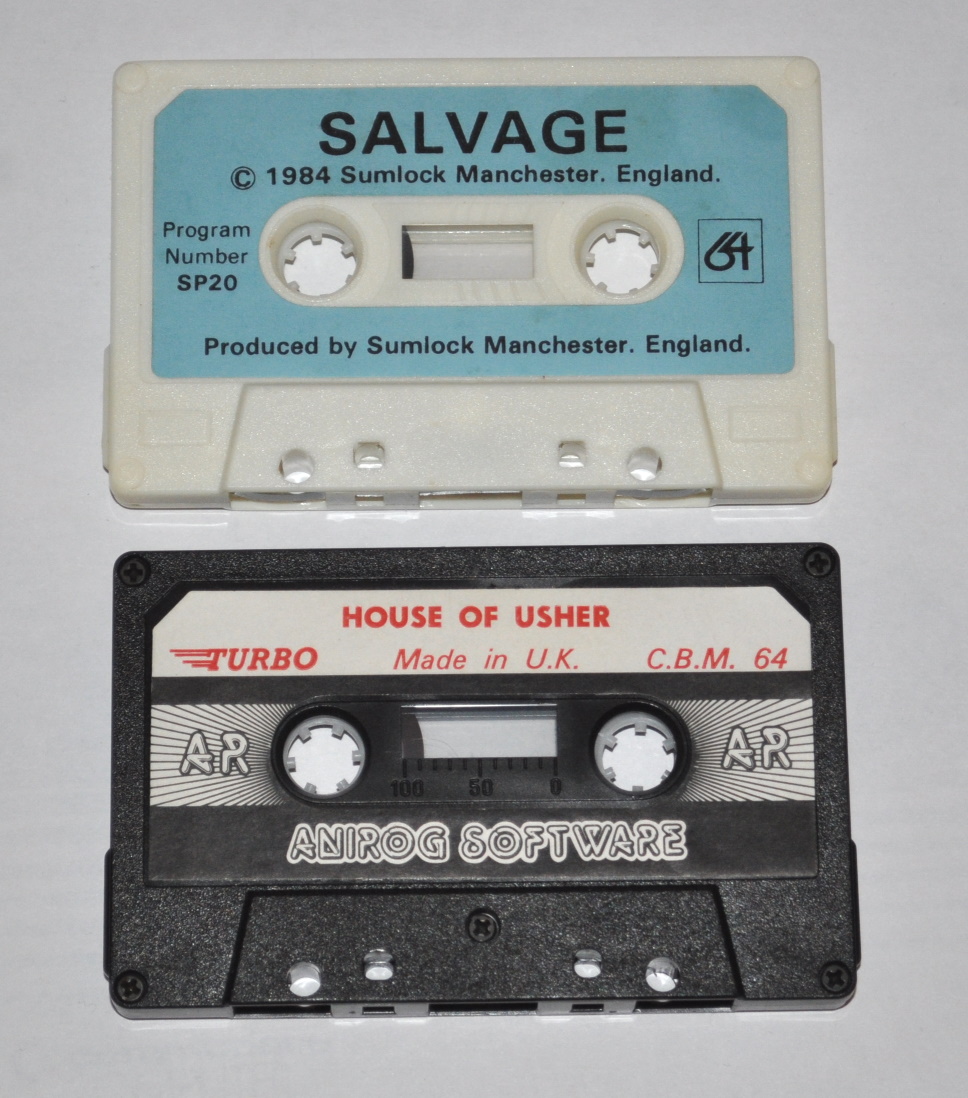 And looking inside these we can see that they’re both using foam blocks stuck to mirrors.  Do be careful taking tapes apart, that’s a subject for a whole extra article but in these cases one uses screws and one is clip together so these were easy to deal with. 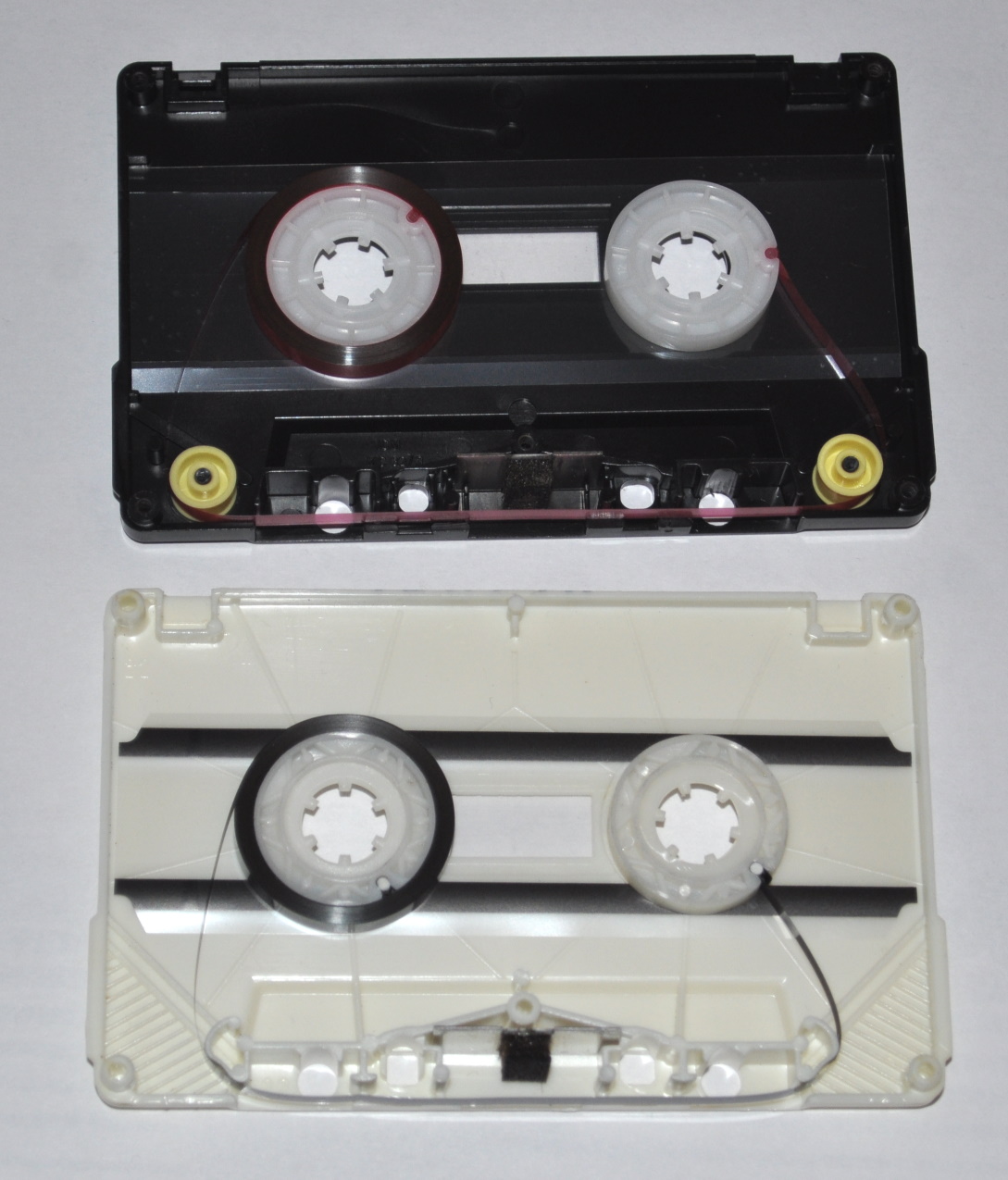 Close up of House Of Usher – looks fine doesn’t it?

Close up of Salvage, note that the mirror part is actually wider in this design.  Again it looks in good condition. 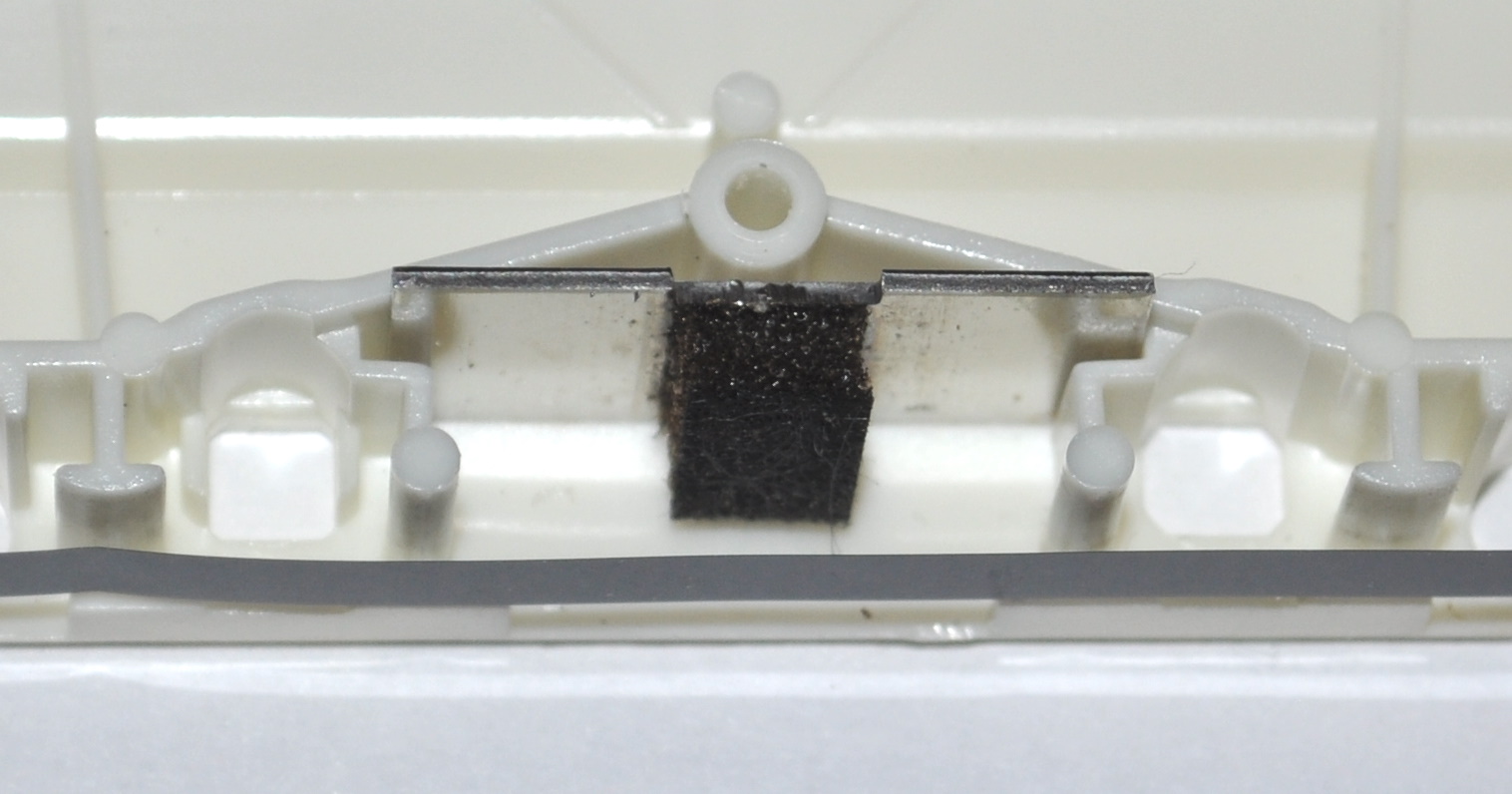 Here’s a comparison of the two mirror-foam pieces: 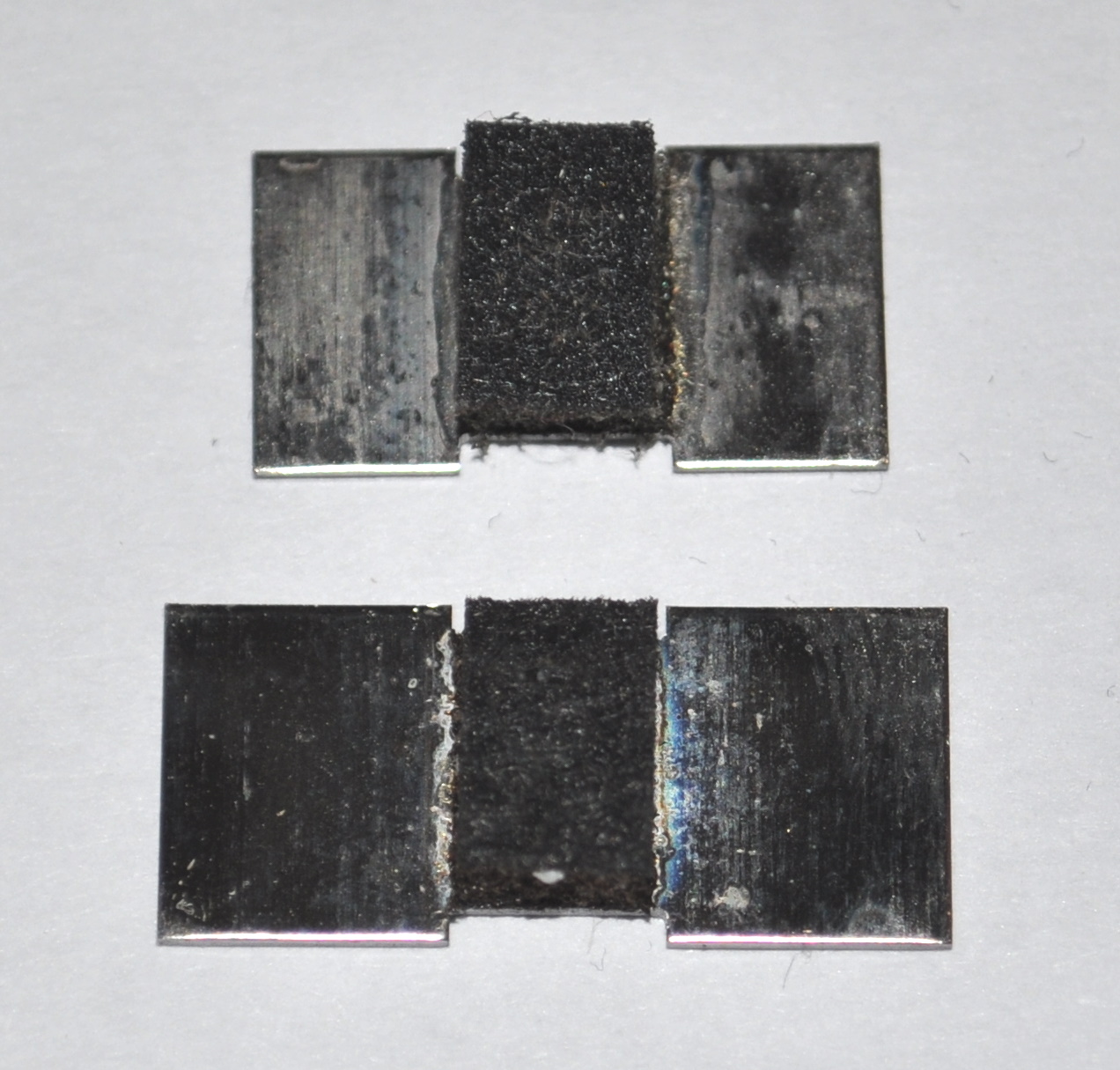 So why are these such a problem?  Over time the foam used on these degrades leading to weakness and loss of ‘spring’ or even total collapse.  This causes two main problems – firstly since the tape is not being held against the head as it should be, the signal quality on reads will be degraded, especially if the tape has become slightly wavy.  Secondly and as a direct result of this, if the tape isn’t held on the head properly the whole tape path becomes less secure which can lead to positioning problems and very quickly you’ll start to hear that horrible crunching sound as the tape starts to slip out of position and get dragged through the mechanism folding over on itself.  This is exactly what happened to House Of Usher by the way…

Here’s the problem with the foam itself, I put the slightest amount of sideways pressure on the top one despite it looking in good condition.  I just brushed it with a bit of paper, it came apart immediately. 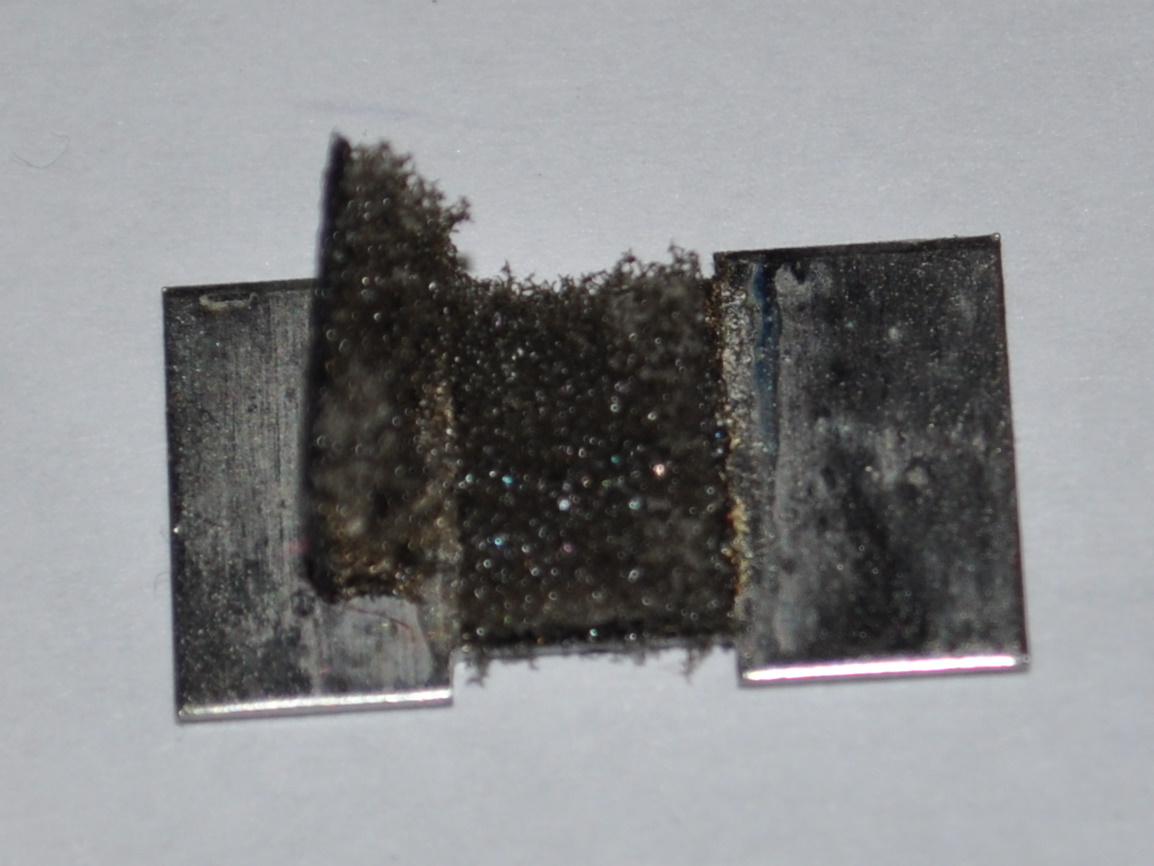 When you get a tape using this mirror-foam arrangement, you’re going to have to replace that foam before you try using it – this is sometimes found on ebay and the job is simple enough to explain – scrape it off, stick the new bit on – done.  However there’s a far better solution for the first (smaller) type.

Here’s a photo of the Salvage tape with the hardware removed:

With this design you’re stuck – actually to dump this tape I removed the reels and temporarily put them in a different type of case with the spring bar foam.  Instant perfect read from both sides…

However the House Of Usher tape is actually the exact same design as more common tapes, just the mirror-foam is replaced with the spring-foam design – look carefully and you can see where the spring bar would fit above the large round posts:

I stole these from a spare broken cassette, perfect for our upgrade.  Not very clean but good enough. 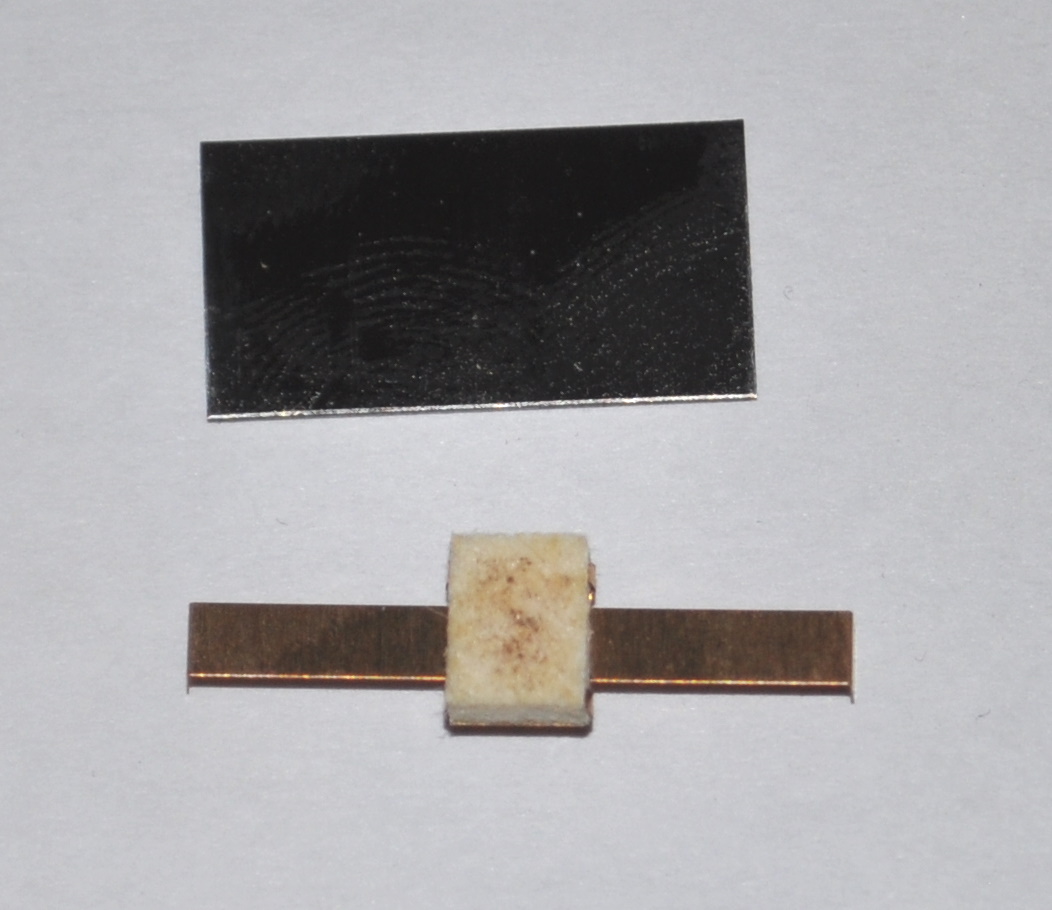 These will just drop into the case shell leaving you with a tape upgraded to the spring bar foam and the tape will start to read correctly and not get chewed up.

Hope this was useful – just check every tape you get before you use it and keep an eye out for the ones with foam stuck to the mirror, I have only seen ONE that was still usable, all the rest were sunk into the case or collapsed as soon as they were played, one even slid sideways and then fell into the mechanism.  The only failure I’ve seen from spring-foam types is where the foam falls off, which is an easy repair not requiring tape dissassembly.