There’s a very rare Mahjong game for the Y2 system called Higurashi No Nako Koroni Jan, because the system is JAMMA native an adapter is needed for you to play the game on a Mahjong panel.  The game can be switched between joystick or panel control via a dip switch on the front, and panel is by far the best way to play. 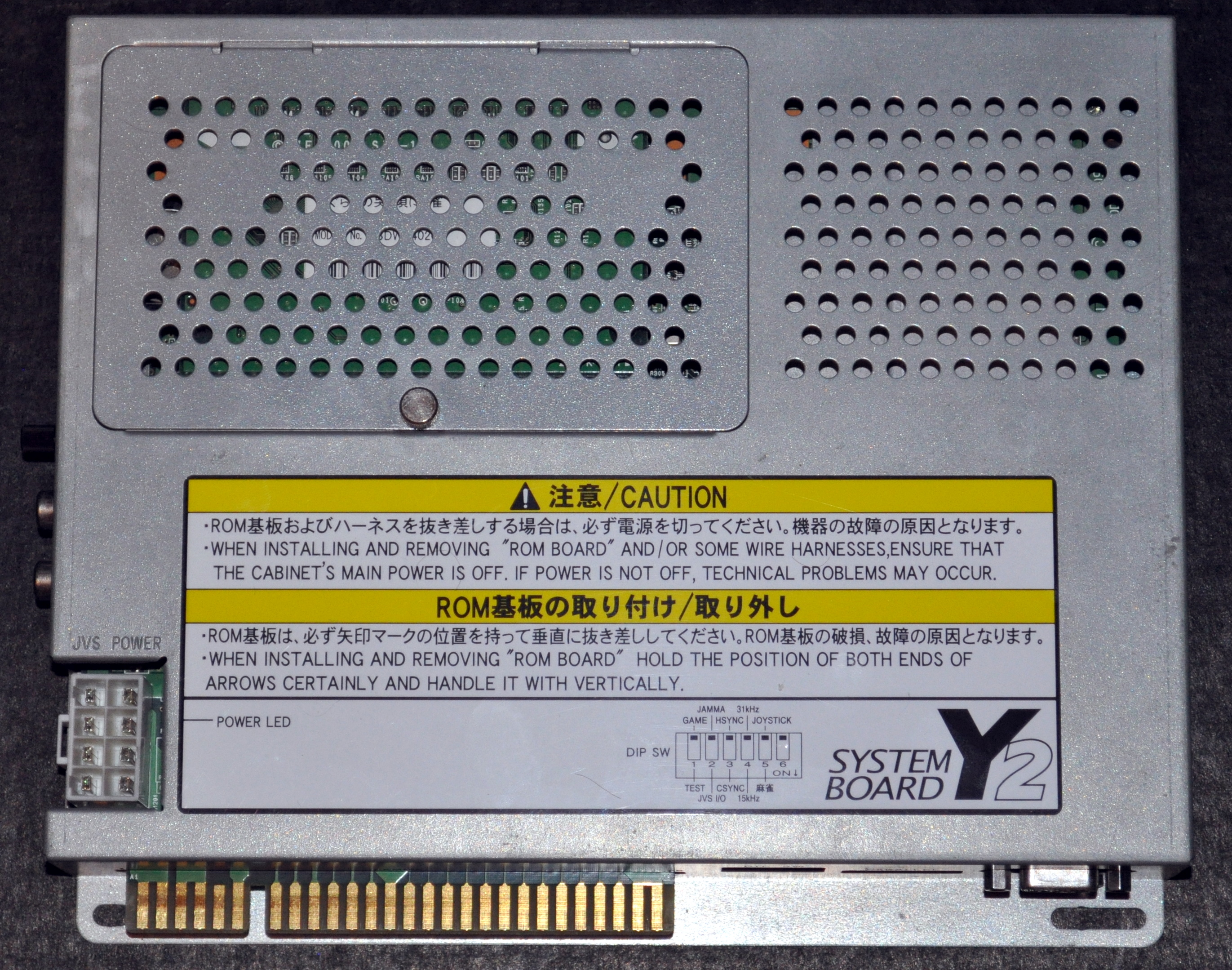 Unfortunately, if you’re lucky enough to find the game at all, the adapter which I assume was included with each one when they shipped will usually be missing.  That was the case with one I picked up to get dumped recently, and it reminded me that someone had contacted me on Discord asking about the pinout etc for the adapter.  Since a friend of mine is intended to be the eventual owner of the newly obtained board, I decided it was time to finally do something about the adapter situation.

Here’s the part that the game ships with – items of note are that they designed the PCB then didn’t bother to populate several components, and others had values changed from what’s actually printed on the PCB.  The diodes were completely unmarked other than a nondescript SMD part code “05” which can be one of at least 20 different parts, and because the grounds are not tied together on the adapter like they should be, an incomplete Mahjong loom will lead to the adapter simply not functioning correctly. 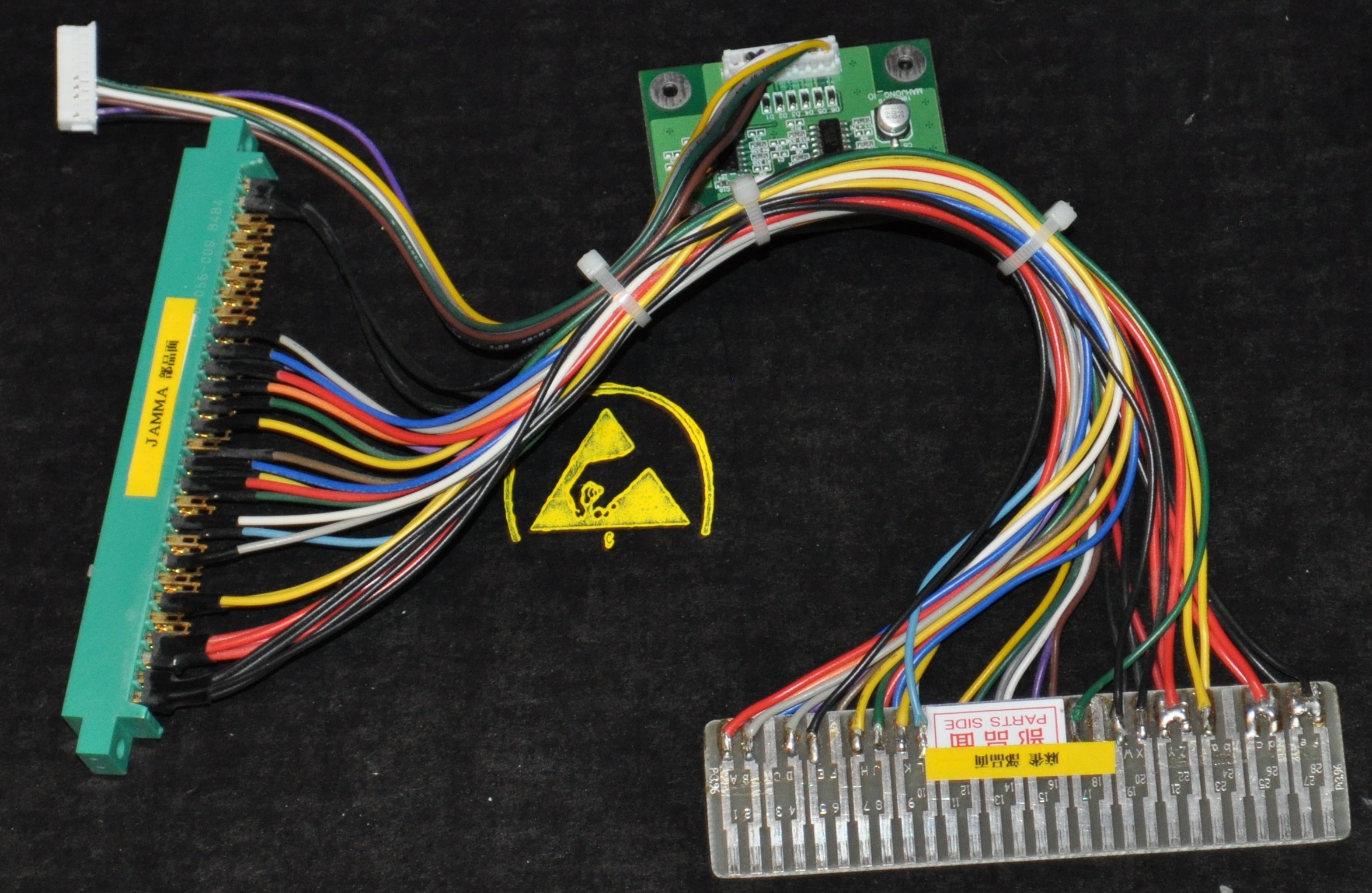 I used KiCAD to create a schematic covering the little PCB as well as the actual loom wiring, and then turned it into a single PCB design – you’ll be surprised how large it became but there’s very little dead space on there, the problem comes from Mahjong pinout having the voltages on the other end of the connector compared to Mahjong, so giant snaking tracks are required which all the other tracks have to bridge at some point.  The undocumented diode values I worked out by using an oscilloscope on the pins (it’s an output port on the Y2 which is on the 3.3v standard) and picking something appropriate.  Very happy that the first design was correct as the PCBs were more expensive than usual to have produced, even the edge connectors are costing £6 each now.  And yes, the yellow was an ordering mistake but it doesn’t look too bad. 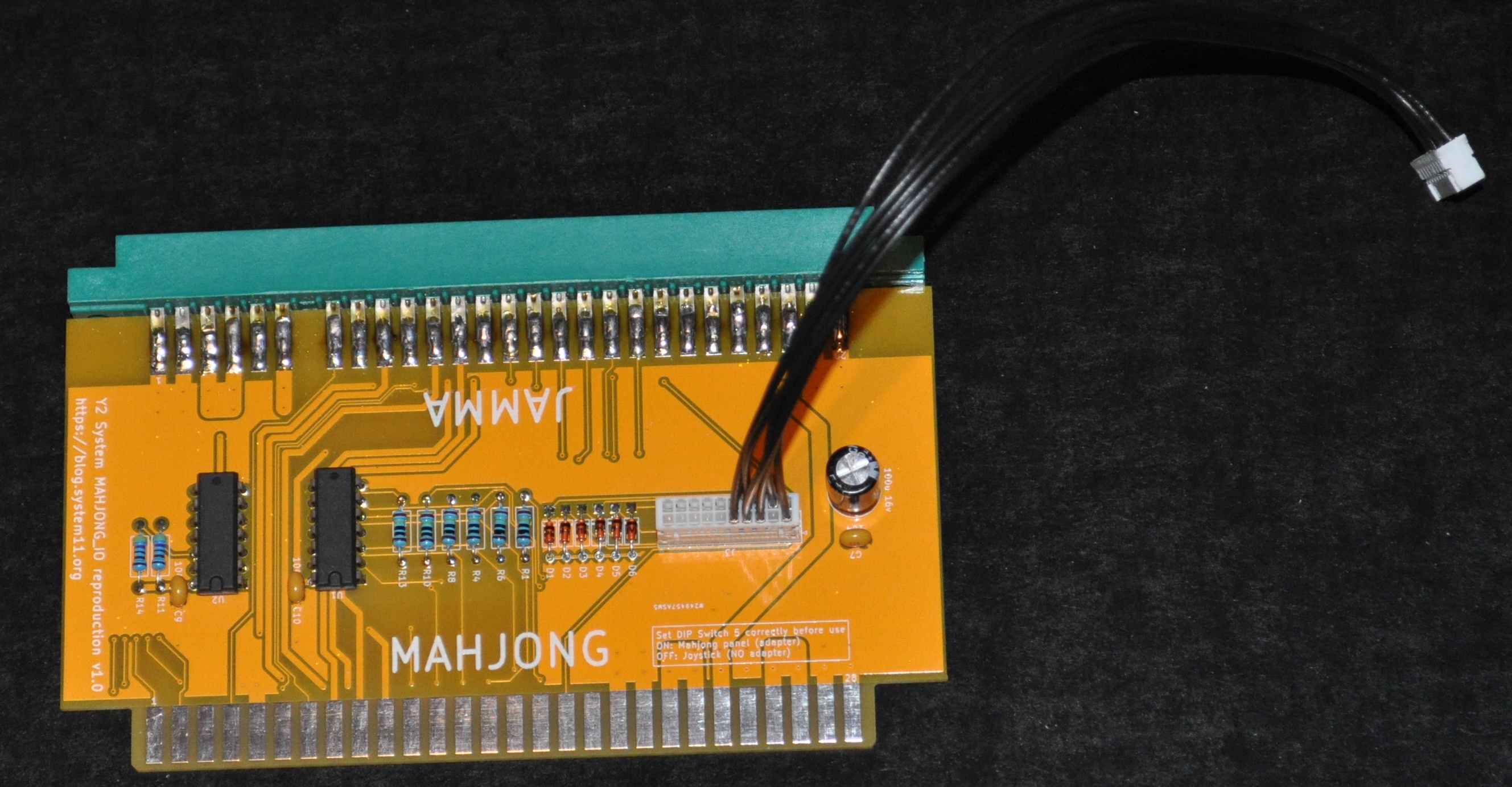 I’m only making 5 of these – three are spoken for including the one I’m keeping for myself so two are still available, contact me via the usual methods if you want one.  They’re a little expensive but I’m making almost no money on the project due to parts costs.

You can now order the PCB to make your own from PCBWay here:
https://www.pcbway.com/project/shareproject/Y2_system_JAMMA_to_MAHJONG_adapter_3d753773.html