A bit of a bumper batch this time with a couple of real rarities.

R-Shark – actually already have one of these but it’s not in the best cosmetic condition, so I bought this to replace it.  However, it seems to be a Korean version – all the chips are soldered in and it’s obviously had one of the stickers., my existing one was all sockets.  Dooyong were a Korean company, so…. weird.  I haven’t compared them closely yet. 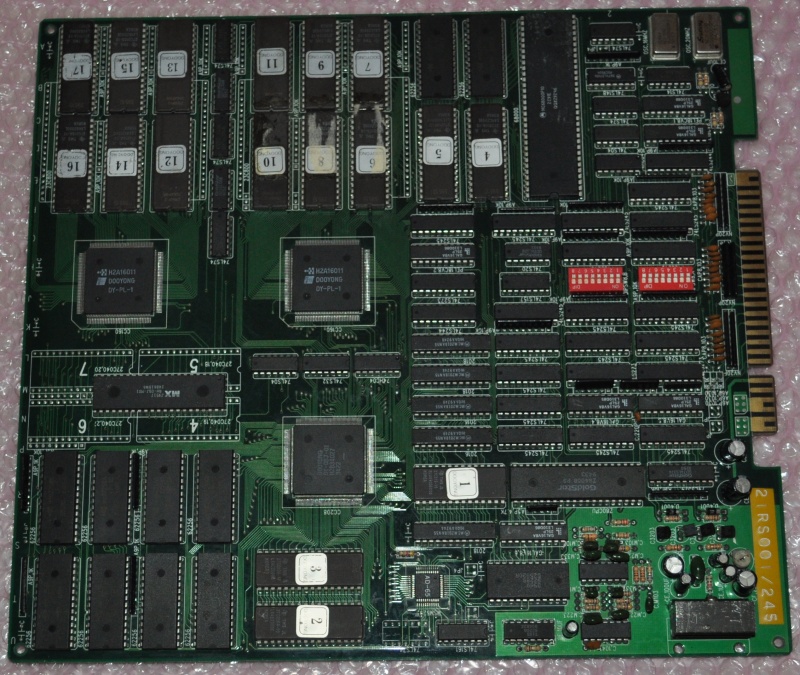 Senjou No Ookami – or as everyone knows it as, Commando.  I’ve never actually seen a Japanese one before, I didn’t know they existed.  Katakana all over the place on the title screen, pretty cool – I’ll sell my old English one now. 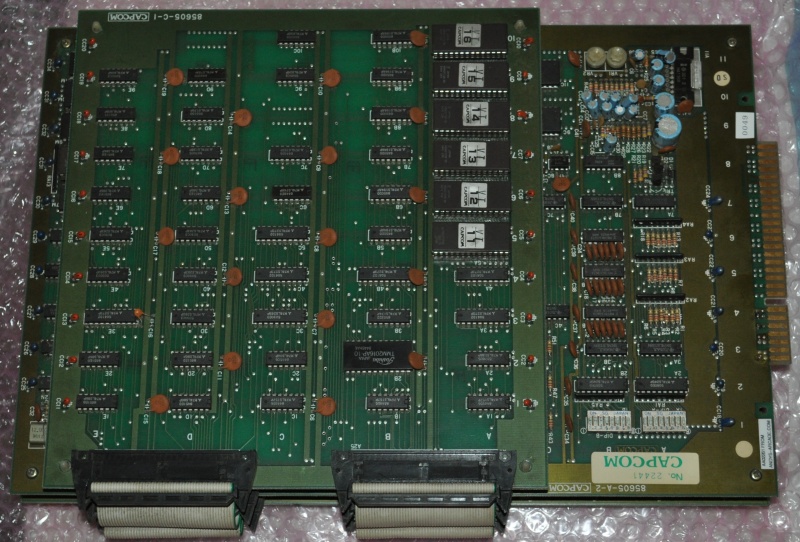 Gradius IV – ridiculous monster PCB in a metal box.  It’s actually medium (or high?) resolution but can switch down to interlace instead and run on JAMMA cabs with the included adapter.  The sound cables were missing, any phono pair will do.  It was sold as having a RTC error, this is a common fault as there’s a chip soldered to the board which is a combined RTC and battery backed RAM.  They die, I’ve put a new one in (with a socket this time), it’s all fine now. 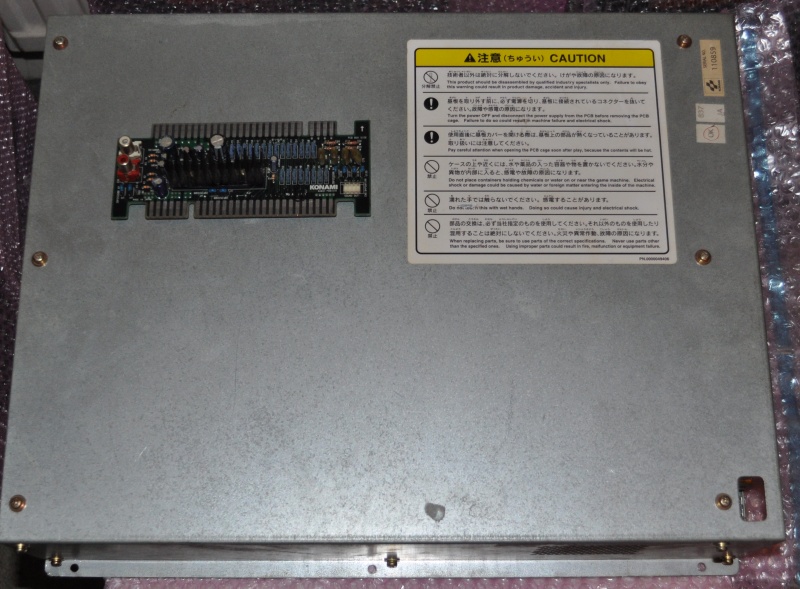 Fighter & Attacker – it was cheap OK?  Very average shooter from Namco but the music is by Shinji Hosoe of Dragon Spirit/Saber fame among other things. 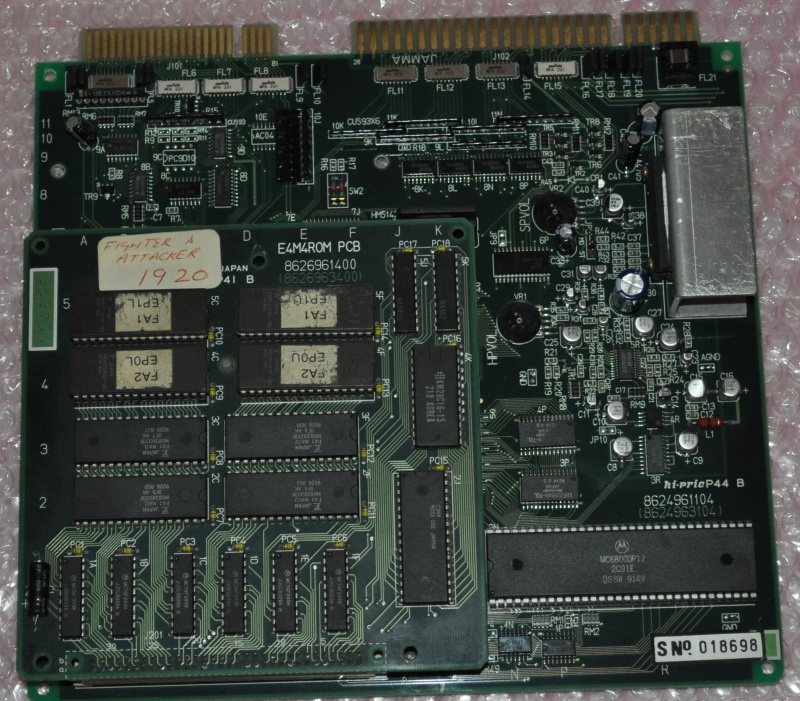 Pinball Action – one of the first actually decent video pinball games, it was later improved on in nearly every way by Super Pinball Action, but the sound effects are nice and authentic sounding in this one. 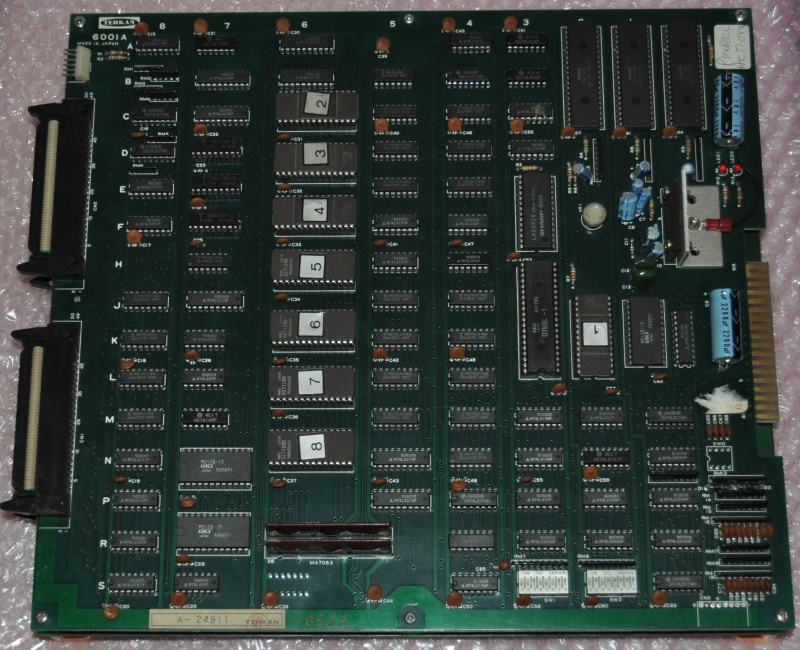 Hole Land – extremely rare shooting gallery / Space Invader style mix from Tecfri.  I can’t play this for more than a few minutes at the moment as one of the PAL heatsinks is missing, and as a result it gets very hot very quickly.  This game has a couple of unusual features – firstly it’s interlaced and has very detailed sprites, and secondly what you won’t hear in MAME is the artificial speech chip.  This one is a lot of fun, getting a new heatsink so I can play it properly is now a priority. 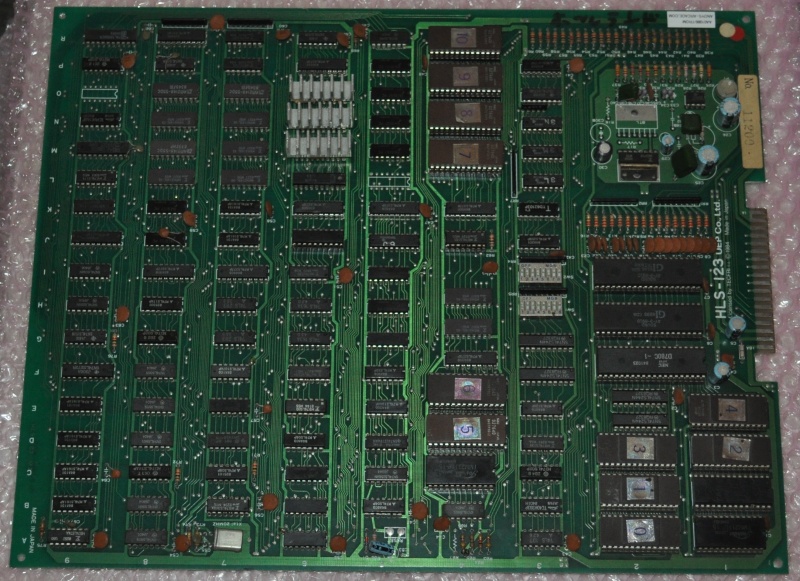 Desert War – I’ll be selling my old one shortly which is missing the cart casing – picked this up on the forum along with original artwork, shame about the PCB corner.  Great helicopter game from NMK! 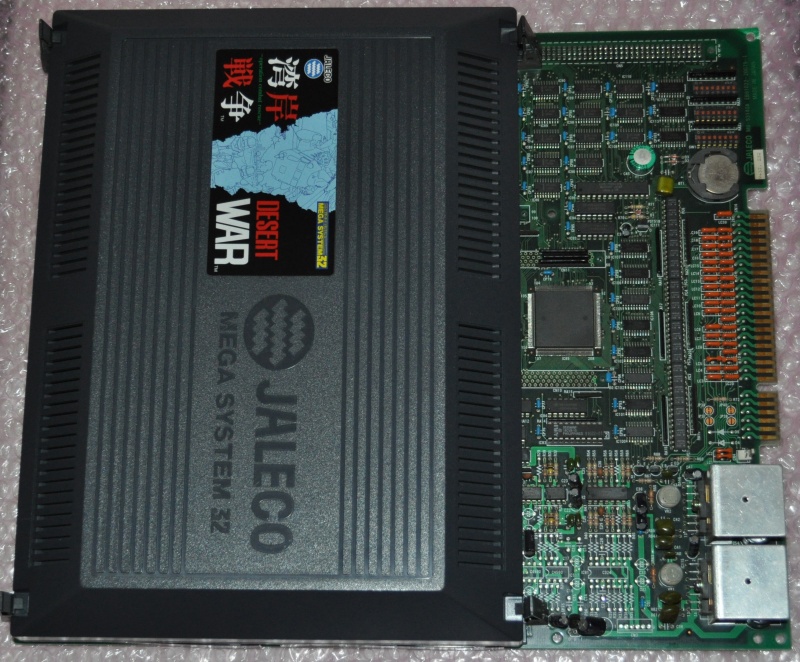 Exerion – pretty strange shooter from Jaleco.  Shoot waves of aliens like in so many other games, but there’s heavy inertia and a sort of 3D background to give a sense of depth.  I’ve wanted one for a while so picked it up at the same time as an adapter because I needed to test Aeroboto too and it uses the same pinout 🙂 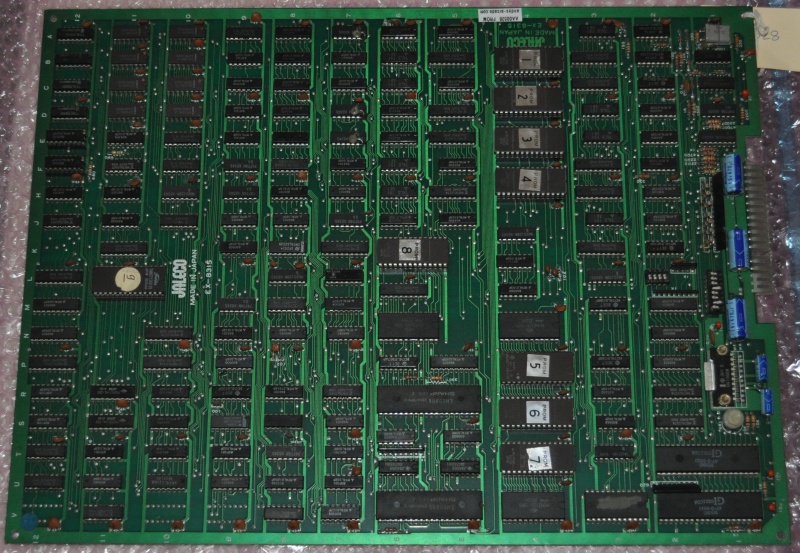 Aeroboto – joint venture between Williams and Jaleco, you have a robot which can transform into a jet, similar to Transformer but not as playable to be honest. 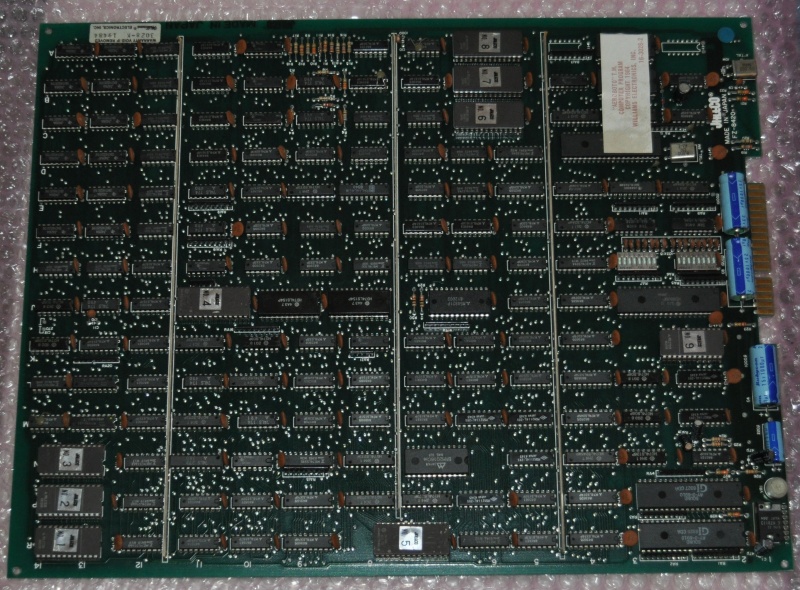 Senjyo – another rare one, it’s a 3D tank shooter from Tehkan which uses parallax and enemies getting larger as they approach to give the sense of depth.  Note monster triple layer board, this is one of the most hungry games I own – I had to get a new adapter made for it because the Arcadeforge Tehkan one started to heat up from the 5v draw through the thin tracks it uses. 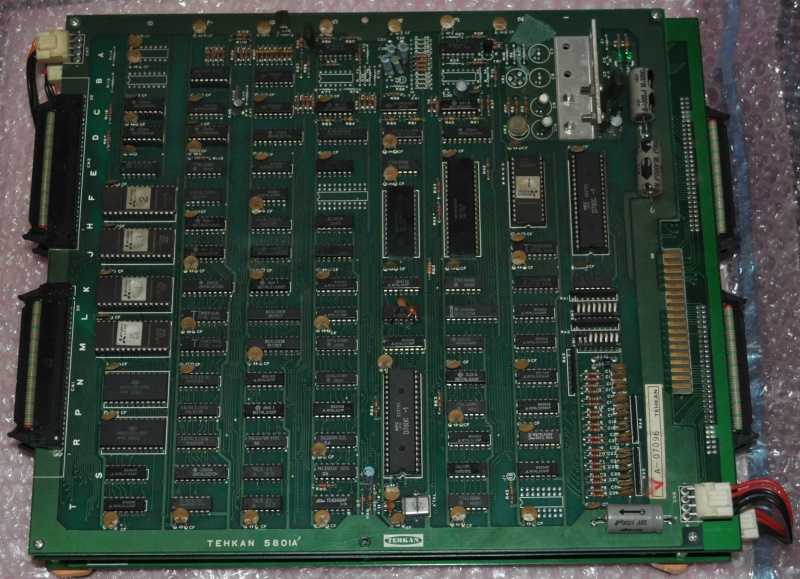