So I finally had to address the silly idea of just using DD/MM as the post date for these.. Couple of things, one seen before but it helps me track everything when I’m documenting the collection to post things here before adding them to the spreadsheet.

Definitely having the January blues, feel so tired at the moment.

Toto Come Back – it’s yet another Korean Snow Bros hack, bought it because it was undumped, annoyingly the 4 graphics ROMs were soldered in so it took a little work.  You’ll see it in MAME soon. 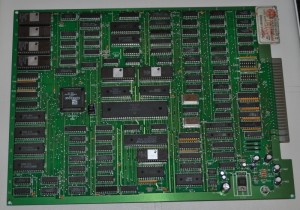 Raycrisis – Now I have the whole series, although my Rayforce is actually a Gunlock.  Might just be my imagination but it feels like there’s less slowdown than in the port.  Audio quality isn’t as good though. 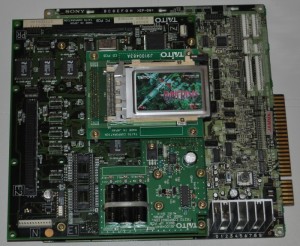 Super Contra – I’ll be selling this, I bought it because the price was OK enough to find out if it was an undumped version – notice the SEGA SA stickers over the top of the ROM labels.  Sega SA were originally actually the Spanish arm of Sega, which means they distributed this for Konami.  It’s just the World revision. 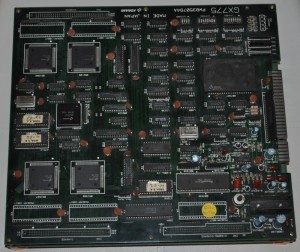 Metal Black – the dirtiest PCB I’ve seen for a while.  You can see along the top where I cleaned it to redo the solder on that connector, someone else had done a pitiful job of it previously, it was dead but repaired by cleaning up the bad reflows and replacing the CPU board, old one really is toast.  I can’t clean the whole top without killing the METAL BLACK serial stickers, which would be a shame.  For sale now.  Oh time for a pro-tip.  I’ve seen a lot of F2 sets now where those connectors have been reflowed, don’t do it.  First try cleaning the connectors, you can get folded card in both sides and it’s usually the problem. 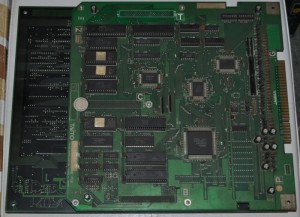 Ordyne – this is an interesting one.  This arrived from Japan with jailbars through all the sprites, I traced it to a chip which was up at an angle from the factory, one leg barely making contact.  In fact the PCB generally appears to be poorly built, several chips at angles, the customs on the top side look reflowed, but in reality they’ve been hand fitted with a hot air station as opposed to factory assembled.  The revised System 2 mainboard allowed for larger sound RAM but in reality this was never fitted, and as such the sockets were never full size, but they are on this one.  The factory sockets are mostly made up of smaller ones placed next to eachother, every single custom is socketed (very unusual for the lower board), and there’s a sound pin header which normally doesn’t exist and someone incorrectly used as a jumper breaking half the sound effects.  The amp heatsink was soldered down instead of screwed, the interboard connectors are fitted the wrong way around and one of the sound regulators is the wrong part format while looking like it’s never been touched.  Serial number C00009, basically this is an early test board for the revised System 2 set. 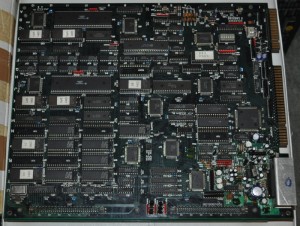 Dancing Eyes – undress a PS1 level polygon girl in a 3D Qix game and watch her pose for you.  Sometimes it’s a cow instead.  It is what it is. 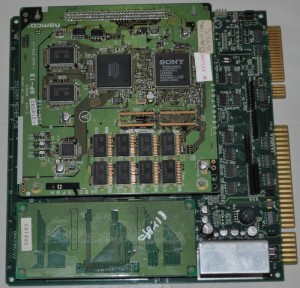 LED Storm Rally 2011 – mentioned this before on the site, just like to get the arrivals topics complete.  It will get dumped eventually, I’m having to build adapters for chips nobody else ever used. 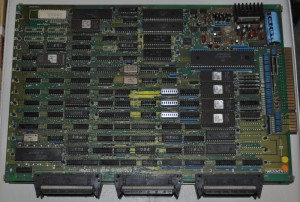 Bubble Bobble – Arrived with original instruction cards (in decent shape for their age) and the PCB is in fantastic condition.  It’s the oldest Japanese version and came with an acceptable quality adapter.  Nice to see one where nobody has soldered wires directly to the pin header. 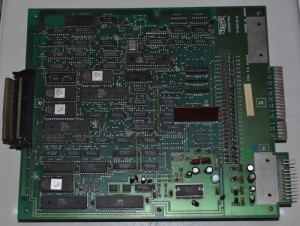