I’ve had the good fortune to locate some of the add-on score display panels which were previously only seen in a flyer image, and testing them has helped me learn more about just what the “score” is.  I saw one on ebay and while talking to the seller post-sale I found out he had two more which weren’t in as good condition, so I took all three at a discount. One really is in rough shape (very rusty, back plastic cover smashed, metal halved riveted together which has to be drilled apart, ribbon table torn in the middle, etc) but I’ve assembled two complete working examples. 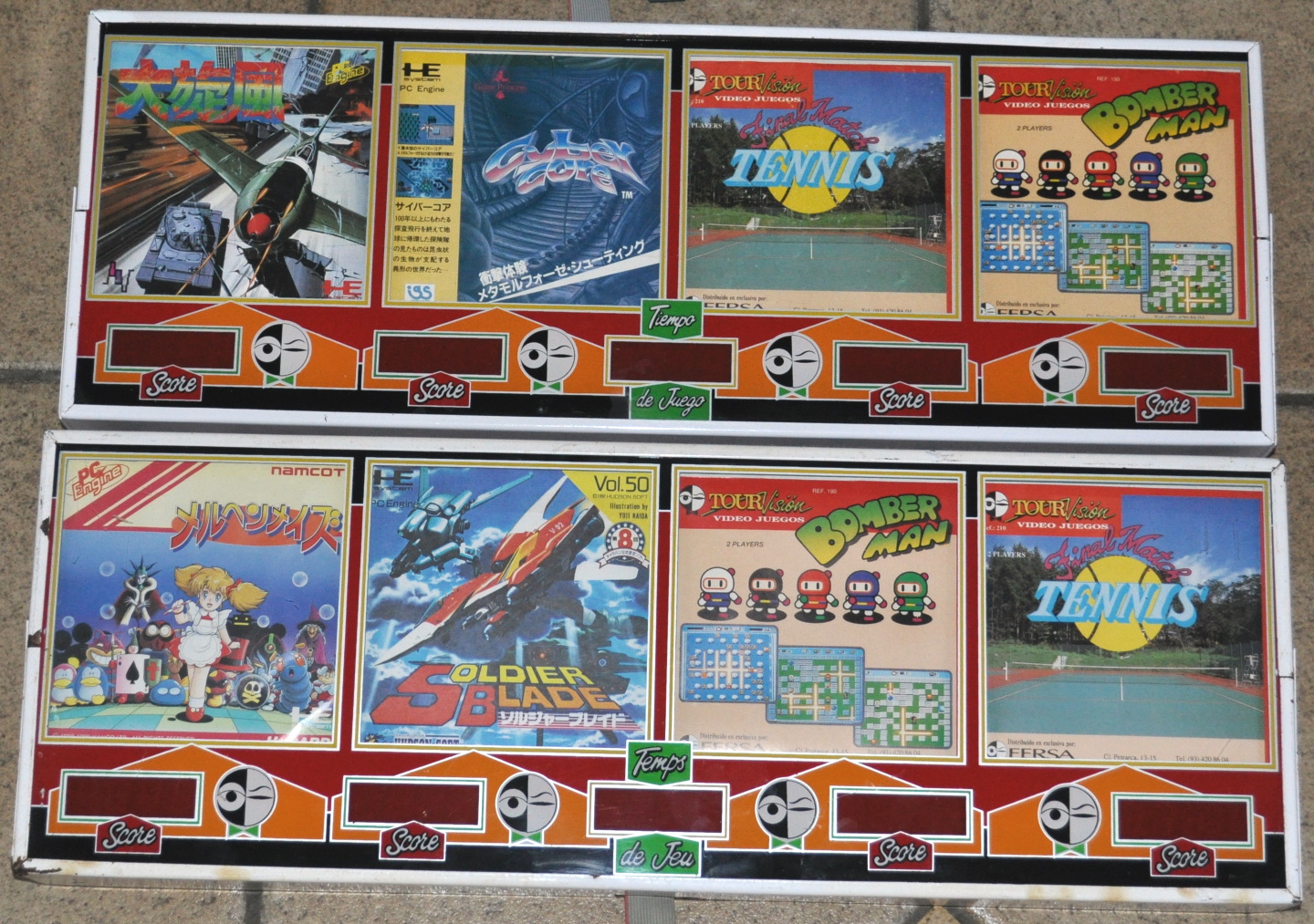 As you can see the same display board I’d found previously is inside these:

They use large stickers (or optionally colour copies or genuine manuals) which should be attached to the wooden board:

The finished unit is quite sturdy and attractive:

Several important things learned from this:

1) They exist.
2) They were definitely sold in Spain and France, two of the units have Spanish front glasses, and one was thicker perspex with different print layers and “Temps de Jeu” instead of “Tiempo de jeugo” by the timer.
3) While testing I worked out what the score really does – I already knew it increased by 1 point per 10 seconds, but what I didn’t know is that once the timer runs out the score decreases 1 point per second.  Essentially it’s a bonus time feature.
4) The bonus time is game specific, so if you switch games with P2+P1 start and use the remainder of your time on another game, you can only use the bonus time earned on that current game, anything earned on another game is essentially banked until someone runs out of time while playing it.  Doesn’t make much sense, but that’s how it works.

I’ve updated the full system article with this new information:

Here’s a video of it running: